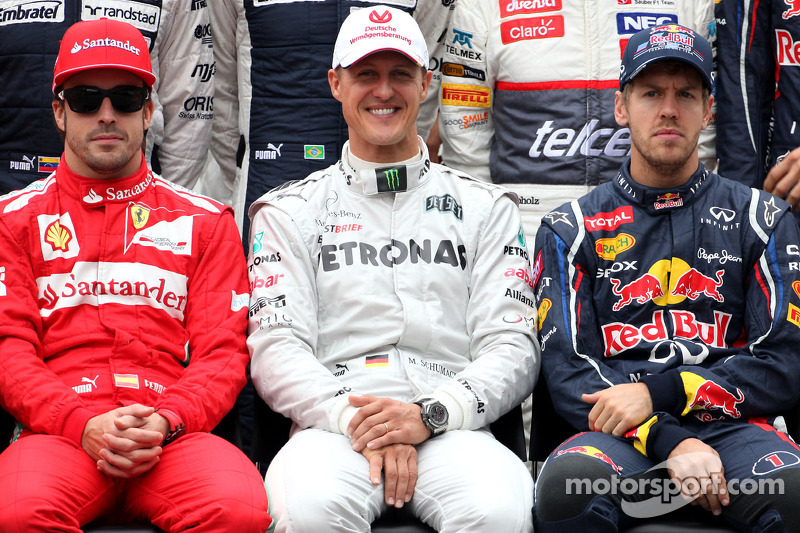 The racing world splits with its reaction to the morning news.

Jun.16 (GMM) News on Monday that Michael Schumacher is out of his coma and hospital met a mixed reaction.

Overwhelmingly, the response was positive, with figures like Ferrari's Fernando Alonso tweeting that he is "So happy this is going in the good direction!"

"Now I wish he gets through the rehab as quickly as possible and is back with us in Formula One."

Not everyone is as convinced.

Former F1 doctor Gary Hartstein said the announcement Schumacher is no longer a coma is "not news", as his manager Sabine Kehm had said he was showing signs of consciousness and awakening many weeks ago.

"I cannot help but think that this is a highly cynical use of language, using the truth to convey an impression that is almost certainly false," he said on his blog.

Hartstein said Monday's media statement is telling the world "what we already know, and (we are) pretty much told to not ever expect further updates".

Monday's statement also said Schumacher had left the hospital in Grenoble, but a spokesman for another hospital in Lausanne, Switzerland, confirmed to the AFP news agency that the 45-year-old had been admitted there.

"This means he is just over 30 kilometres from his home," said the German daily Bild.

The hospital spokesman told Bild: "As with any patient, we want to respect medical confidentiality."

But the newspaper claimed Schumacher's periods of awakening have been getting longer and longer since the last official statement in early April.

"Michael Schumacher can hear voices and respond to touch," said Bild. "His eyes are open. He can communicate with his environment, especially his wife Corinna and his children.

"Schumacher's condition is now considered stable enough that he no longer needs the help of the specialists in Grenoble."

Hartstein, however, said he believes it is likely Schumacher is either only "minimally conscious" or in a "vegetative state", with only "fluctuating signs of interaction with the environment".

"This all leaves a very bad taste in my mouth," he admitted. "And a huge space of sadness for Michael's family, and for you, his fans."

Michael Schumacher out of coma and leaves Grenoble hospital

Schumacher leaves hospital, not in coma