Mick Schumacher believes that he is ready to race in the Abu Dhabi GP season finale should the Haas Formula 1 team ask him to stand in for Romain Grosjean. 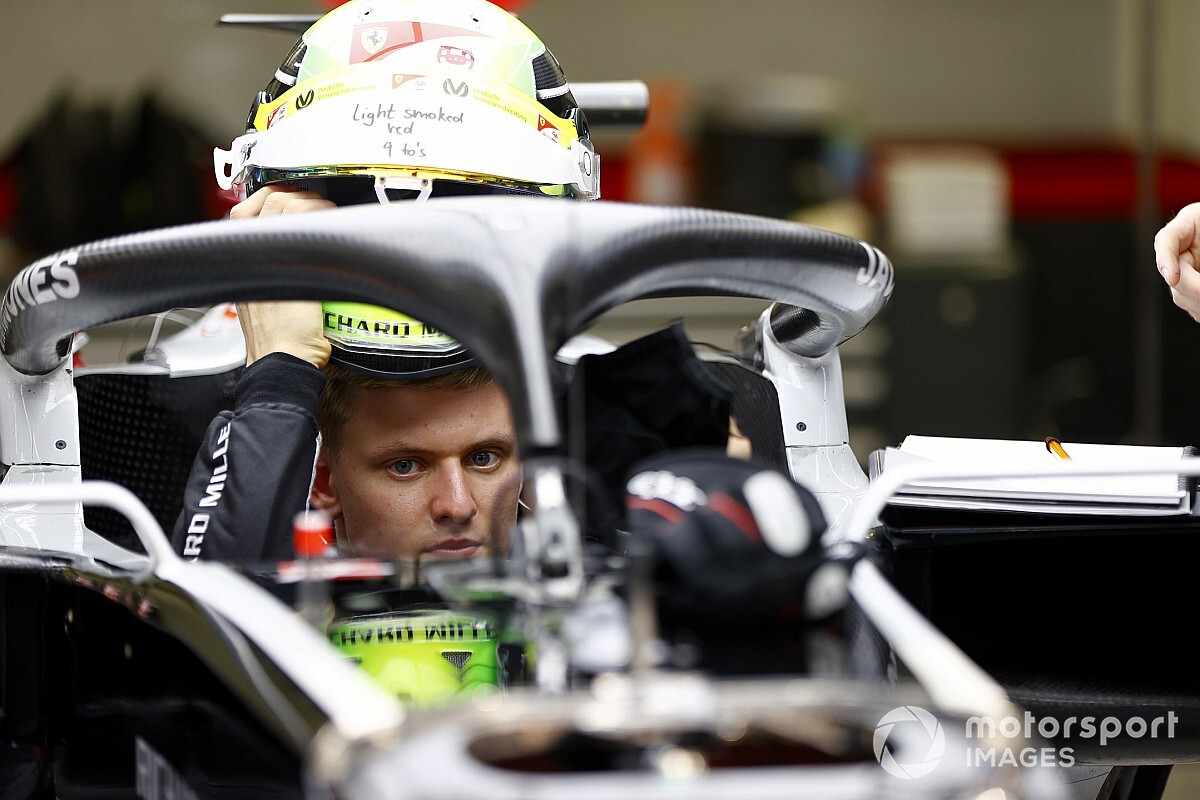 Schumacher was announced as a future driver for the team earlier today, and he has already been confirmed for a Friday FP1 session in Abu Dhabi, where he will be free of any F2 commitments.

Reserve drive Pietro Fittipaldi is replacing Grosjean for this weekend’s Sakhir GP, and at the moment the plan is for Frenchman to return for the Abu Dhabi finale.

Grosjean was discharged from hospital on Wednesday morning, and he is continuing his recovery from burns to his hands in a Bahrain hotel.

While a decision on Grosjean's participation won't be made until next week, Schumacher says that he would be happy to make an early graduation if the question arises.

“I think it's great if you are considered to be ready to do that,” said the German. “I feel like I am. Obviously, you have three FPs, in which you have time to learn.

“Obviously, it would be a challenge, but definitely, I think I would be able get to know the car more to be even better prepared for next year.”

Team boss Guenther Steiner insisted that so far there has been no discussion about the possibility of Schumacher racing.

“We haven't spoken,” he insisted. “As I said before, at the moment the status is I want to see where Romain is on Monday.

“That’s what I agreed with him. We have got enough drivers on standby, who can drive, so I'm not worried about that, and we just take the decision when we know hundred percent that Romain can not drive.

“I think he can finish his time with Haas in a race, that's what I would like, and not just watching it. That is our aim, that is what we spoke with him about.

"We're not deciding anything before we know that he can definitely not drive.”

Although Schumacher will get his first run in the Haas on Friday in Abu Dhabi Steiner downplayed the significance of the FP1 outing, and suggested that winter testing with the 2021 car would be more important.

“There are only three days of testing in front of next season,” he said when asked by Motorsport.com.

“I think that is a lot more important than the FP1. I think everybody knows my opinion about that, that is a nice thing to do, but it’s not something where you learn a lot. I think the biggest thing you learn is dealing with pressure on a race event, the car technically, there is not a lot you can learn.

“For sure the [young driver] test session after Abu Dhabi is good, a day in the car is good for anybody.

“But the most important thing is that we have a flawless test before next season, that we don’t have any issues in the three days, because three days is not a lot of testing, divided by two.”

Asked why Schumacher and not his future teammate Nikita Mazepin had been given the Abu Dhabi FP1 run Steiner said: “It just developed like this, sometimes things just develop like this. There is no real analysis or study of it done, I don’t know who was there first.”

How overalls and new rules saved Grosjean from the fire