The organisers of the Formula 1 Miami Grand Prix have made a second attempt at resurfacing the track’s troublesome Turn 17 overnight.

In another change the FIA has decided to remove the two kerbs at the left/right chicane at the pit entry, and replace them with bollards.

Issues with the track surface first emerged on Thursday before any proper circuit action, after safety car and VIP laps activity.

Patches of damage appeared at both Turn 17, the hairpin before the start/finish straight, and Turn 7, the tightening left-hander on the outside of the fake marina.

Both instances were believed to be due to a known issue with the surfacing process at those particular points, and thus there were no fears that other parts of the track would be affected.

The troublesome areas were resurfaced on Thursday night in time for Friday’s practice session.

However, on Friday night it was decided to have a second attempt at resurfacing Turn 17, while also undertaking some additional work on the exit of the corner, which hadn’t previously been addressed.

In an updated version of his race director’s notes issued to teams on Saturday morning, Niels Wittich reported: “The apex and the exit of turn 17 have been resurfaced.” 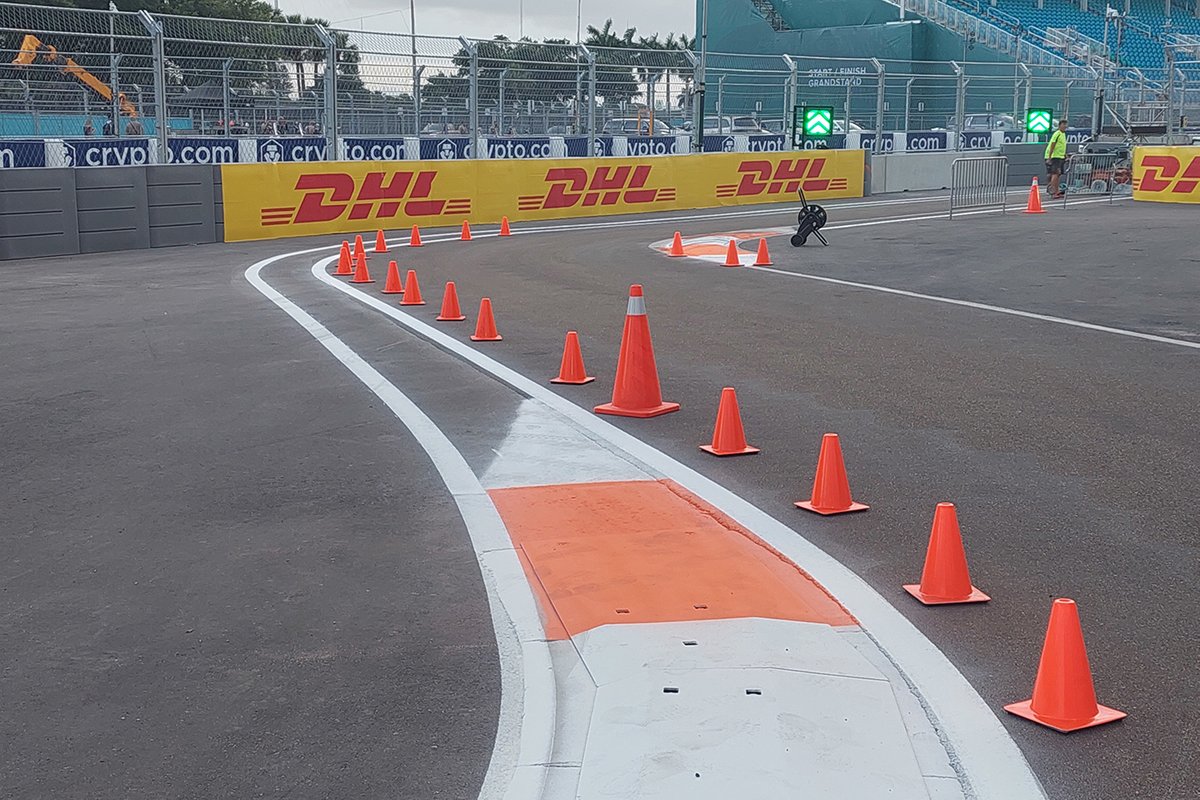 The pit entry chicane, with its two tight turns, was a point of discussion before the weekend.

The F1 timing loop system was originally set up with the 80km/h speed limit set after the chicane, and at the start of the main pitlane.

After track inspections on Thursday, Wittich decided that for safety reasons the start of the speed limit area should be moved back to just before the chicane, obliging drivers to brake and come down to the limit before they attempted to turn left.

However, there were still concerns about safety and the prospect of a driver hitting the kerbs awkwardly and being sent into the pitwall on the left, especially when on the limit in race conditions.

Following a discussion in the drivers’ briefing it was decided to remove the kerbs before Saturday track action.

In his notes Wittich said: “The kerbs at pit entry have been removed and been replaced with a bollard at each apex.”