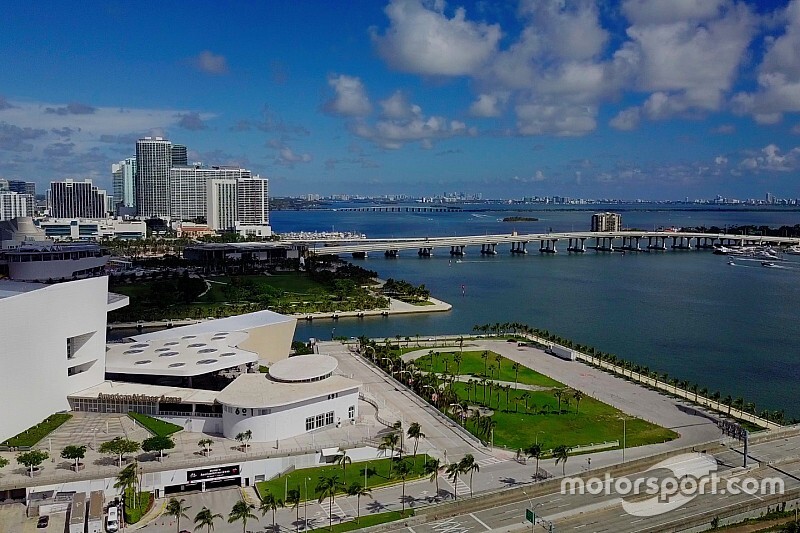 A Formula 1 race on the streets of Miami could take a step closer to becoming a reality after a key vote in the city on March 28.

In a regular gathering the City Commission will formally consider plans for a Miami GP for the first time since a resolution was deferred at a similar meeting held on September 27 last year.

After that meeting, it was accepted that there would be no race in 2019, and the consensus was that it would be sensible to take some time to consider the plans and hear objections.

Over the past six months, F1 personnel have continued to work closely with the key parties in Miami to move things along.

The deal is complicated by the fact that it involves the F1 organisation, promoter South Florida Racing, the City of Miami and the Bayfront Park Management Trust. The latter organisation has jurisdiction over the land used by a significant part of the track around the harbour front.

The latest resolution indicates that the pieces have now fallen into place and that a positive City Commission vote will move plans on to the next stage.

Despite the first event having long been postponed until at least 2020, the original contract - which references both an inaugural 2019 race and the Fan Festival that took place last October - is still the one under discussion.

The resolution that will be voted on notes that: “The City Commission wishes to authorize the City Manager to execute the Host City Agreement and the Park Use Agreements for the Formula 1 Miami Grand Prix, between the City of Miami (“City”), the Bayfront Park Management Trust (“Park”), South Florida Racing, LLC. (“SFR”) and Formula One World Championship Limited (“Formula One”), in a form acceptable to the City Attorney (collectively, “Agreements”).

“The City Commission wishes to allow SFR and Formula One to run the Formula 1 Miami Grand Prix from 2019 through 2029 with a fan festival to be held in October of 2018 pursuant to the Agreements.”

The paperwork suggests that one of the issues that had to be addressed was the nature of the negotiations surrounding the contract, in effect waiving the degree of transparency that is usually required by the Miami city code.

It’s noted that the resolution is being submitted “after an advertised public hearing, ratifying, approving, and confirming the City Manager’s finding (…) that competitive negotiation methods and procedures are not practicable or advantageous (…) waiving the requirements for said procedures.”