Formula 1 looks set to add a second grand prix in the United States next year, with the sport’s bosses announcing that Miami will take a slot on the 2022 schedule.

Discussions about holding a race in Miami have been ongoing for years, but on Sunday F1 chiefs finally confirmed that a 10-year deal has been agreed to hold a race around the Hard Rock Stadium.

A brand new 5.41-kilometre track is being built to hold the event. The 19-turn configuration runs on land around the home of the Miami Dolphins and has a mixture of tight corners and high speed sections.

No date has been set for the race, and its slot could well depend on what the plans are for the United States Grand Prix in Austin. Discussions are underway for a new contract there from 2022, but nothing has been agreed yet.

The Austin event has most recently taken place in the autumn. While logistically it would make sense to hold the two USA races back-to-back, F1 could also choose to split the grands prix in to separate parts of the year to help spread out the impact that the sport has in the country.

F1 CEO Stefano Domenicali believed a second race in America would be a boost in helping drive up audience figures.

"The US is a key growth market for us, and we are greatly encouraged by our growing reach in the US which will be further supported by this exciting second race,” he said.

"We will be working closely with the team from Hard Rock Stadium and the FIA to ensure the circuit delivers sensational racing but also leaves a positive and lasting contribution for the people in the local community.

"We are grateful to our fans, the Miami Gardens elected officials and the local tourism industry for their patience and support throughout this process.

"We are looking forward to bringing the greatest racing spectacle on the planet to Miami for the first time in our sport’s history.” 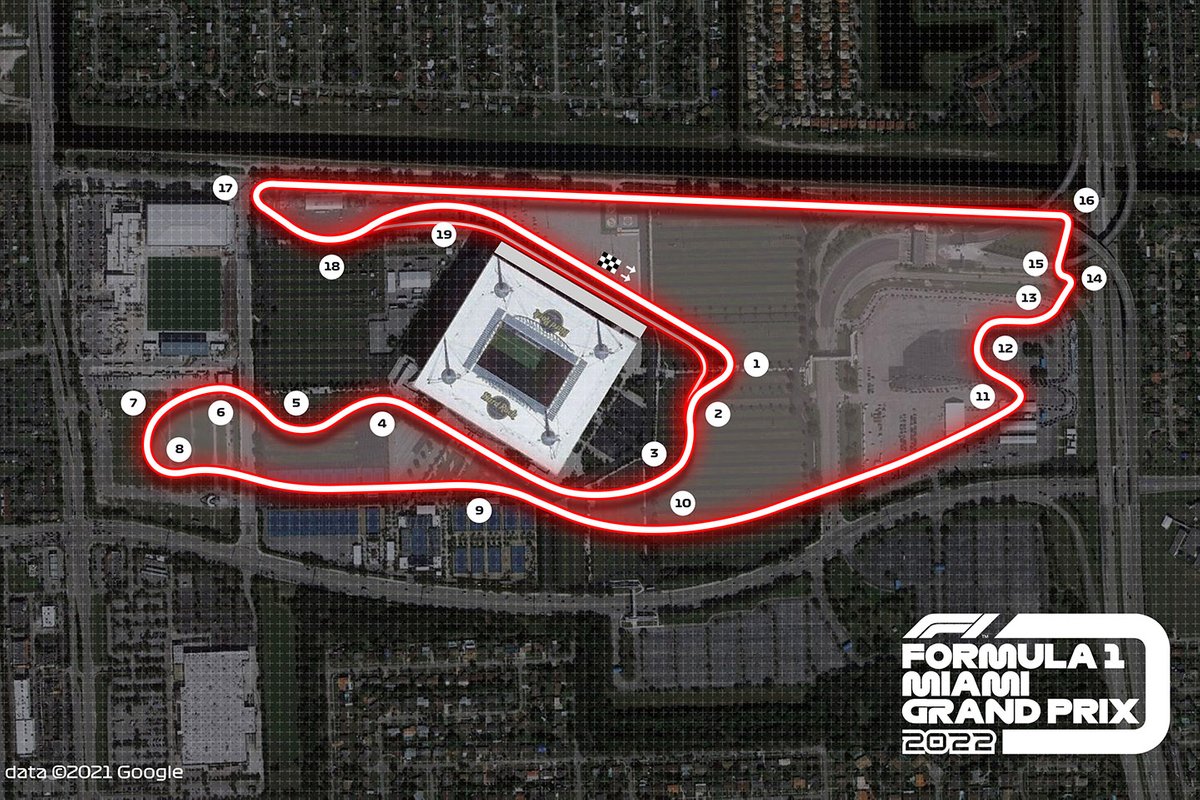 The bid to get the Miami project off the ground has not been easy, with some local residents showing opposition to the plans because of the disruption that the event will cause.

An original plan to hold it in the Port Miami area from 2020 was abandoned before the Hard Rock Stadium idea came up.

F1 and the Miami race promoter will be working closely with the local community to ensure that residents get discounted tickets, and there will be a further programme to support local businesses.

Race promoter Tom Garfinkel believed the new track would deliver good racing as he welcomed the benefit that F1 would bring to the city.

"The Hard Rock stadium entertainment campus in Miami Gardens exists to host the biggest global events to benefit the entire greater Miami region and Formula 1 racing is as big as it gets,” he said.

"We have worked with specialist designers to create a racetrack that we, Formula 1 and the FIA believe will provide great racing and we hope to create best-in-class unique fan experiences that are reflective of the diverse and dynamic nature of Miami.”