Formula 1 plans to revamp the merchandise experience for fans next year, adopting the ‘souvenir tent’ concept that proved to be a flop in NASCAR.

Back in 2015, NASCAR announced a 10-year agreement with merchandise experts Fanatics, who will be working on the F1 project, to help streamline the sales of trackside souvenir products.

Key to the idea was a 'superstore tent' that provided a centralised point for the purchase of all team and driver merchandise.

But while the idea seemed great on paper, the experience left fans feeling flat – and in 2017 the sport reverted to the traditional trailers that had been so popular over the years.

F1 is committing to the 'superstore' idea though, and has ambitious plans for it to become the centre of merchandise sales in 2018.

Sean Bratches, who is F1's commercial chief, does not think that the small-stall model is the right thing for grand prix racing, and believes that Fanatics can deliver an experience that grand prix fans will like.

"I'm not sure that we are going to revert to the 1970s of leaning over a table and saying 'I want this one'," explained Bratches.

"We have engaged Fanatics, which is the market leader in this space and has a lot of knowledge in terms of sporting events and how product is merchandised and sold.

"Next year we will have a massive tent experience. You will be able to pick items up off a rack and see if it fits, then go into a queue with 15-20 registers and if you want to send it home, our partner DHL will be there to take care of it for you."

Bratches suggested that the merchandise tent will sell team and driver souvenirs, as well as official F1 items and those from each individual grand prix.

"We think it is an experience that fans believe in and they are looking for," he said. "We have done a lot of research at each grand prix that supports this.

"If you look at NASCAR in terms of the apportionment of sales in their property, you have about 5% of content that is NASCAR-driven, you've got about 30% of content that is 'I was there' like a Daytona top - and the 65% balance is either team or driver merchandise.

"I think with our [F1] brand we can probably fight above those percentages, but team and driver merchandise will still be predominant. We want to give them a better platform to market their brands and their merchandise and generate incremental revenues." 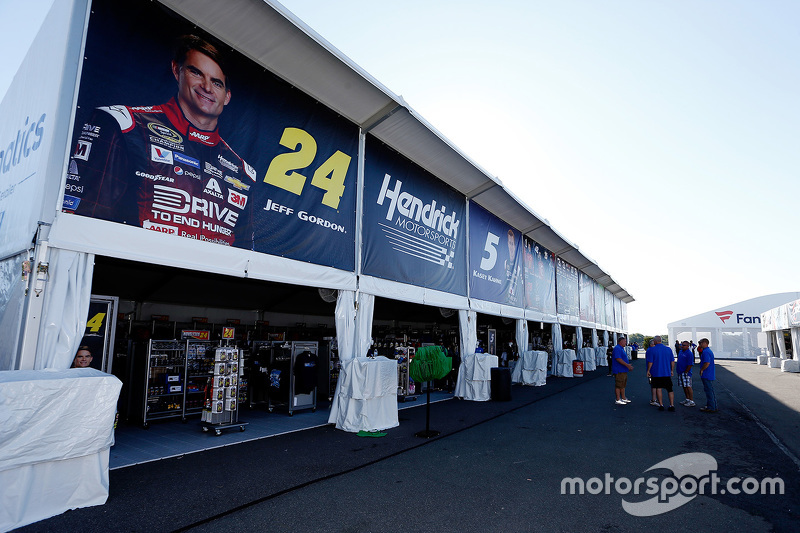