The Mercedes Formula 1 team says it made a “wrong decision” on strategy in the Spanish Grand Prix, costing Valtteri Bottas a shot at passing Max Verstappen for second place.

Chief strategist James Vowles admits that a window briefly opened that could have allowed Bottas to jump ahead of Red Bull driver Verstappen if he pitted, but the team didn’t take the opportunity, and the Finn ultimately had to settle for third.

Bottas had made a poor start from second on the grid, and he was passed by both Verstappen and the Racing Point of Lance Stroll.

He lost time and took some life out of his tyres fighting past Stroll, before focussing on catching up with Verstappen ahead.

“Once Valtteri was back in P3, we were reviewing options, and there were really only two on the table,” Vowles said in a Mercedes video.

“The first is to go longer, force Verstappen into an early stop, make sure he covers you and then go much longer than him, and do an overcut and overtake on track.

“The second is obviously the undercut, the one that is most known about, but to do that you need to be very, very close to the car in front and on the first stint, we simply weren’t there. We were dropping off the tyre curves and we weren’t able to get close enough to Verstappen.

“Understandably so, Valtteri had been fighting through traffic to get up to that point and had lost a little bit more of the shine outside the tyre.

“On stint two, there was an opportunity for an undercut, a very small one. It appeared for a lap and that was it, and it was very marginal to take a medium and then undercut.

“But it existed. We debated it, it was definitely an option that we went through on the pit wall, but there were also options we felt by going longer, and it was really balancing those two. 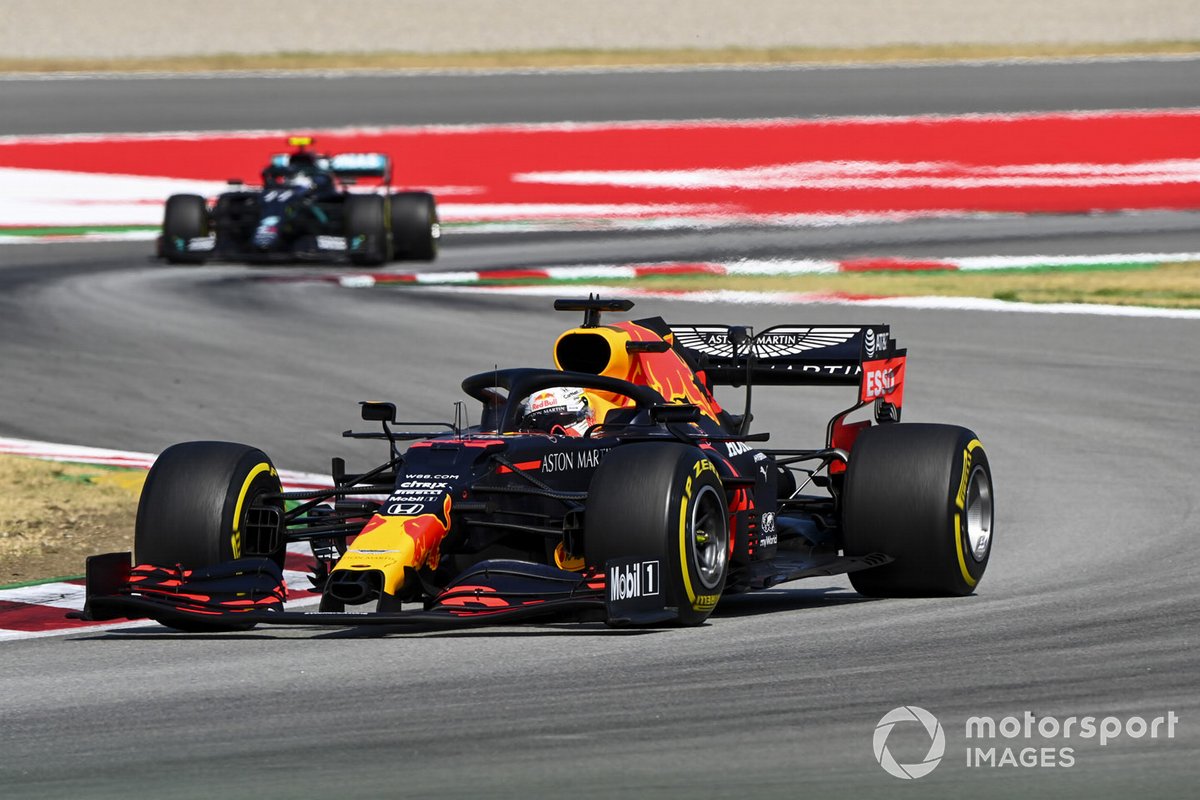 “There was a bit of a distraction of a thunderstorm that was taking place nearby and the concern as to whether that could maybe push across the circuit. All of that combined meant we left that opportunity on the table and went for the long stint.

“Wrong decision I think, in hindsight, I think we had an opportunity to undercut, just on that one lap around lap 39. Either way, Valtteri did a sterling job trying to recover, and did a brilliant job getting back into the P3.”

Bottas took the soft tyre at his second and final stop, and the team harboured hopes that he would have the pace to attack Verstappen, who had pitted seven laps earlier.

“At the end of the race when Verstappen took the medium, it made somewhat sense to also offset ourselves on compound to him,” said Vowles. “The temperatures had come down, the track was cooling, and we felt it could give us our best opportunity.

“But the reality is, on the model, both the medium and the soft looked like we had an opportunity to overtake and pass him.

“As Valtteri got back out, we were surprised that the times weren’t quite where they needed to be and Valtteri was having to do a lot of protection of that tyre to stop it overheating.

“More than we had anticipated and ultimately, the pace wasn’t strong enough with that tyre in order to get the overtake.”

Does Kimi Raikkonen deserve to stay in F1 next year?