Mercedes would have broken FIA F1 porpoising limit in Baku

Mercedes has admitted that it would have fallen foul of Formula 1’s new porpoising limits if they had been in place at the Azerbaijan Grand Prix.

The FIA has stepped in to try to minimise cars bouncing after drivers expressed concern about the safety implications of them being battered around in the cockpits.

As part of its efforts, the governing body is to introduce an Aerodynamic Oscillation Metric (AOM) from the French Grand Prix that limits the vertical forces car are allowed to operate with.

Teams can risk exclusion from an event if they consistently break the limit, but will be given some extra leeway this season while they adjust to the restrictions.

While teams are confident that their cars will not need any modifications to comply with the new metric going forward, Mercedes says that analysis of recent grands prix shows it would have broken the metric at the recent Baku race.

It was there that George Russell voiced his concerns to the FIA about safety implications of the bouncing that drivers faced, and Lewis Hamilton hobbled from his car at the end of the race due to the punishment his back took from striking the track. 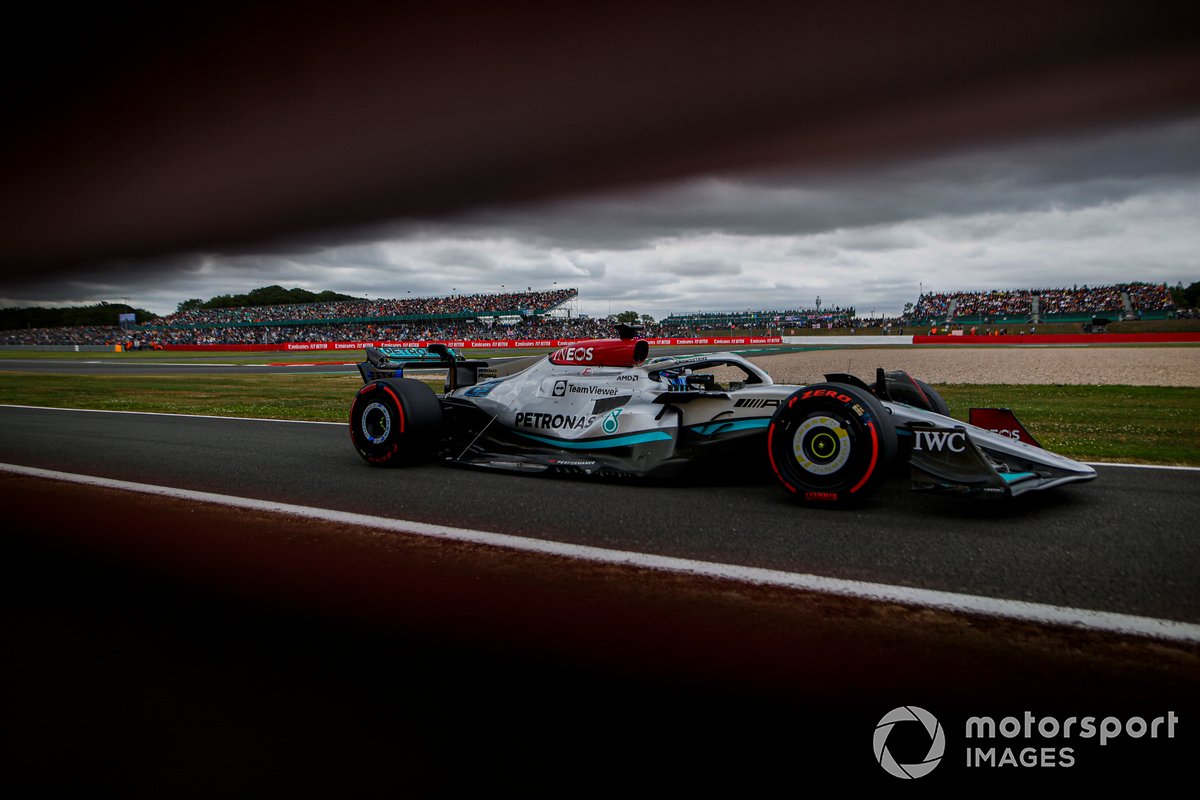 Mercedes technical director Mike Elliott said the latest draft technical directive (TD) issued this week remained a work in progress as there was a lot of work to go through.

“From what we've heard from the FIA, I think it's something they're going to have to sort of work on and build and work out how it's going to work pragmatically,” he explained ahead of the British Grand Prix.

“It is going to be interesting to see how it is applied and how it is used through the season, because none of us wants to be bouncing. We're not trying to develop into that position.”

Elliott said one of the uncertainties he had about the imposition of the limit would be what happens if teams struggle to get below the limit.

“The question becomes, if you are exceeding the metric, can you actually fix it during a race weekend?” he asked. “I don't think any of us want to see cars not taking parts and cars thrown out, because they're not able to get on top of those issues.

While the Azerbaijan event triggered the most extreme bouncing of the season so far, thanks to the bumpy track surface, Elliott thinks there could be problems ahead at the Hungaroring.

“Certainly the last few circuits where we have seen quite a lot of bouncing, I think it is just because the circuits are quite bumpy and with very stiff cars,” he said.

“I think when you look forward to say Budapest, it might be challenging for teams for the same reason.

“But at the same time, I think we're all getting on top of our issues. We're understanding those issues and developing the cars. So hopefully, we can sort of move away from that.”