Bottas turned the tables on his world champion teammate Hamilton with a brilliant lap to grab the top spot in Friday's qualifying session at Monza.

And, with Hamilton locked in a close title fight with Red Bull's Max Verstappen, Mercedes may need to lean on Bottas to move aside in Saturday's sprint race to maximise his teammate's points haul.

Team orders are made more likely with Bottas having taken a fresh engine for the Monza event, which means he will start at the back of the grid for Sunday's main grand prix whatever position he finishes in on Saturday.

But Mercedes boss Toto Wolff is clear that the team won't hand out any orders to Bottas until after the start of Saturday's race.

"It is difficult, generally, when you have to call team orders because all of us as racers, we don't want to see that," Wolff told Sky.

"Everybody here should be aware he's [there] on merit. But, in this case, Valtteri is going all the way to the back on Sunday, so we need to see how the start pans out.

"There's not too much to discuss [beforehand]. Just be careful in the first corner, and then we'll see where they are." 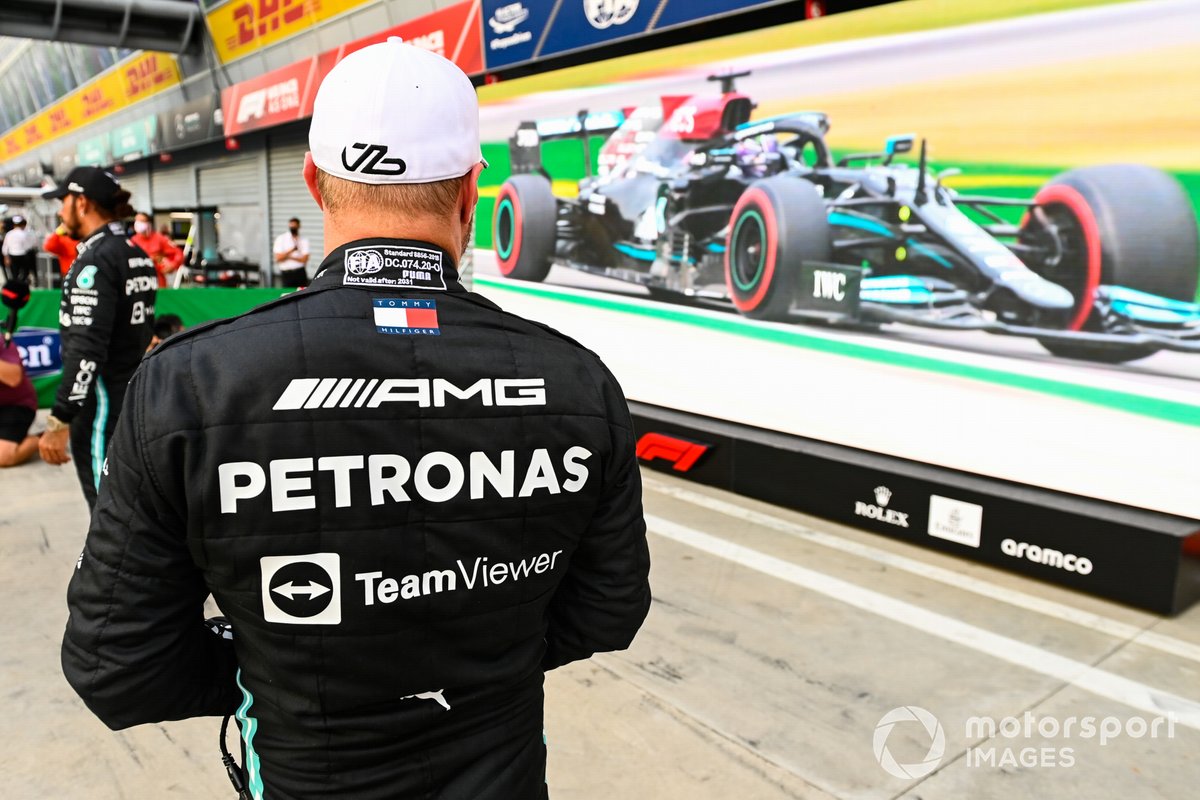 Asked if Mercedes would order Bottas aside if the situation allowed later on, Wolff said: "Yeah presumably."

Wolff also praised the way that Bottas handled himself through qualifying, and reckoned that the Finn has been helped by being "free" of concerns over his contract now that his future at Alfa Romeo has been assured.

"He was really free," said Wolff. "He took a lot of risk on the first lap [in Q3] and went a bit wide, and then in his calm attitude he said: 'If I have a tow, I can go three tenths faster'. So he had a tow."

The decision to move Bottas on to a fresh power unit was partly triggered by the fact that Monza is a sprint race weekend, which meant the Finn still had an important role to play in qualifying.

Explaining the decision, Wolff said: "We had a little bit of a worry because we wouldn't have taken it otherwise. And in the sprint races format, it's quite good because you have to take the penalty only for Sunday."

Horner praises Perez "sacrificing half a second" for Verstappen tow