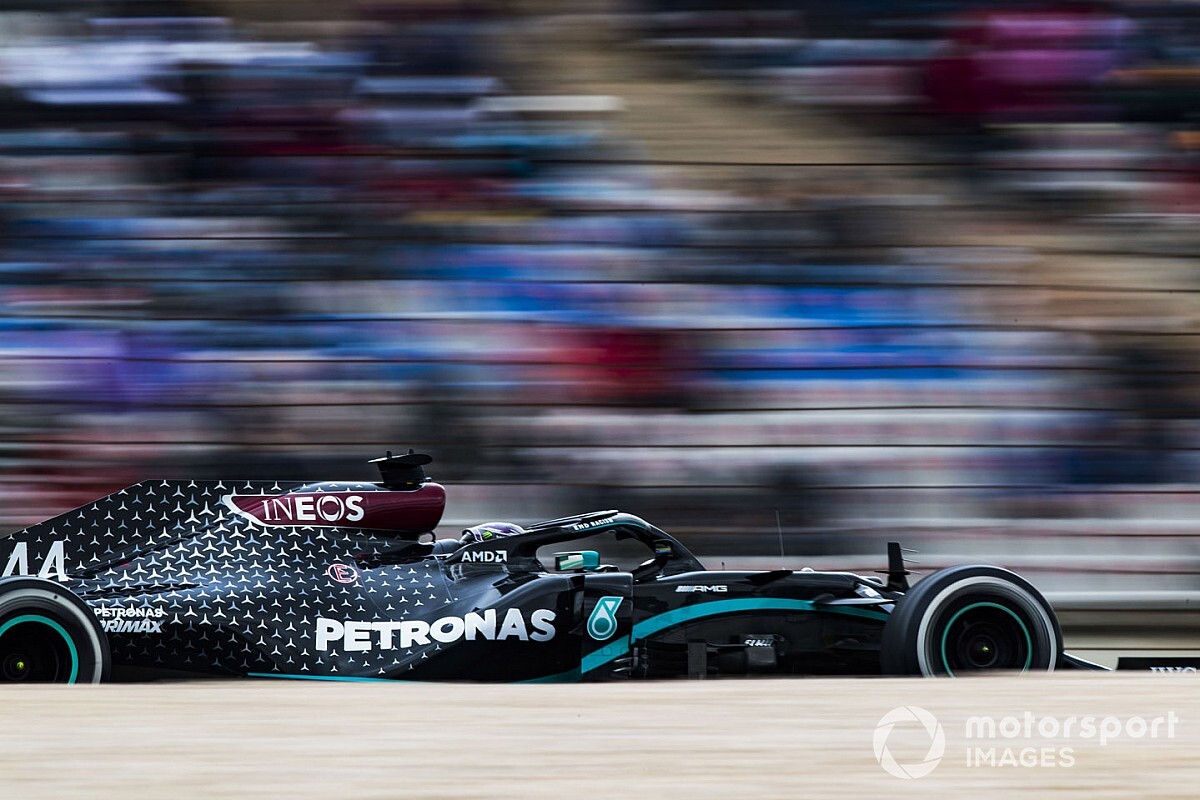 Toto Wolff says Mercedes is refusing to allow for any sense of entitlement as it looks set to secure its seventh Formula 1 constructors' championship this weekend at Imola.

Mercedes will wrap up the F1 teams' title at the Emilia Romagna Grand Prix this weekend with a top-four finish for either of its cars.

The German manufacturer leads Red Bull by 209 points in the teams' standings with 220 still to play for. It requires a lead of 176 after this weekend's race to secure the title.

It will mark a record-breaking seventh consecutive constructors' championship win for Mercedes, having equalled Ferrari's streak of six titles between 1999 and 2004 last year.

Wolff has always stressed the importance of not letting complacency set in at Mercedes, allowing it to scale to such record-breaking heights.

Asked by Motorsport.com where the team's focus would be for the remainder of the season once the title was clinched, Wolff said it was already in full swing to prepare for next year and the regulation overhaul in 2022.

"When I was walking up to do the media rounds with you guys, my thought was what do we need to do to maintain these levels of performance," Wolff said.

"And everything we do from now on will be important for next year, and also setting the pace for the 2022 regulations.

"So it's an extremely challenging situation that I take contentment in, trying to help structure our capability in a way that we can stay where we are, whilst obviously staying humble and not allowing one millimetre of sense of entitlement.

"Overall, I enjoy the task that is in front of us."

Mercedes has managed to maintain its dominance through F1's V6 hybrid engine era despite shifts to the regulations in both 2017 and 2019, becoming the first team to win consecutive titles across rulesets.

A seventh F1 constructors' title will see Mercedes move up to joint-fourth place on the all-time record list, tying with Lotus's haul of titles from the 1960s and 1970s.

Ferrari still holds the record for the most constructors' championship, winning 16 titles, ahead of Williams (9) and McLaren (8) on the record list.

Lewis Hamilton is not able to clinch his seventh F1 drivers' title at Imola this weekend, with his lead standing at 77 points, but looks set to do so at the Turkish Grand Prix in mid-November.