Mercedes was surprised to lack Red Bull’s pace in Formula 1 qualifying for the Saudi Arabian Grand Prix, believing Max Verstappen could have taken pole by half a second.

Verstappen was on course to grab pole for Red Bull after setting two purple sectors on his final qualifying lap, only to run wide at the final corner and hit the wall.

It left Verstappen third on the grid behind the Mercedes pair of Lewis Hamilton and Valtteri Bottas, acting as an important moment in the dying embers of his title fight against Hamilton.

Pole-sitter Hamilton trails Verstappen by eight points at the top of the drivers’ championship, while Mercedes sits just five points clear of Red Bull in the constructors’ with two races remaining.

Mercedes F1 boss Toto Wolff admitted after qualifying that the team “clearly weren’t quick enough today”, and that the cars were only good enough for second and third on the grid at best.

“Probably the drivers outperformed the car, and Max would have been on pole by I guess almost half a second,” Wolff said.

“So this is something which we need to analyse, because it’s not what we expected.

“Max crashing out obviously, the last lap, puts us in a more fortunate situation with one and two on the grid.

“But this is for today, and I think we can deem ourselves fortunate by that situation. The race is a totally different game again.” 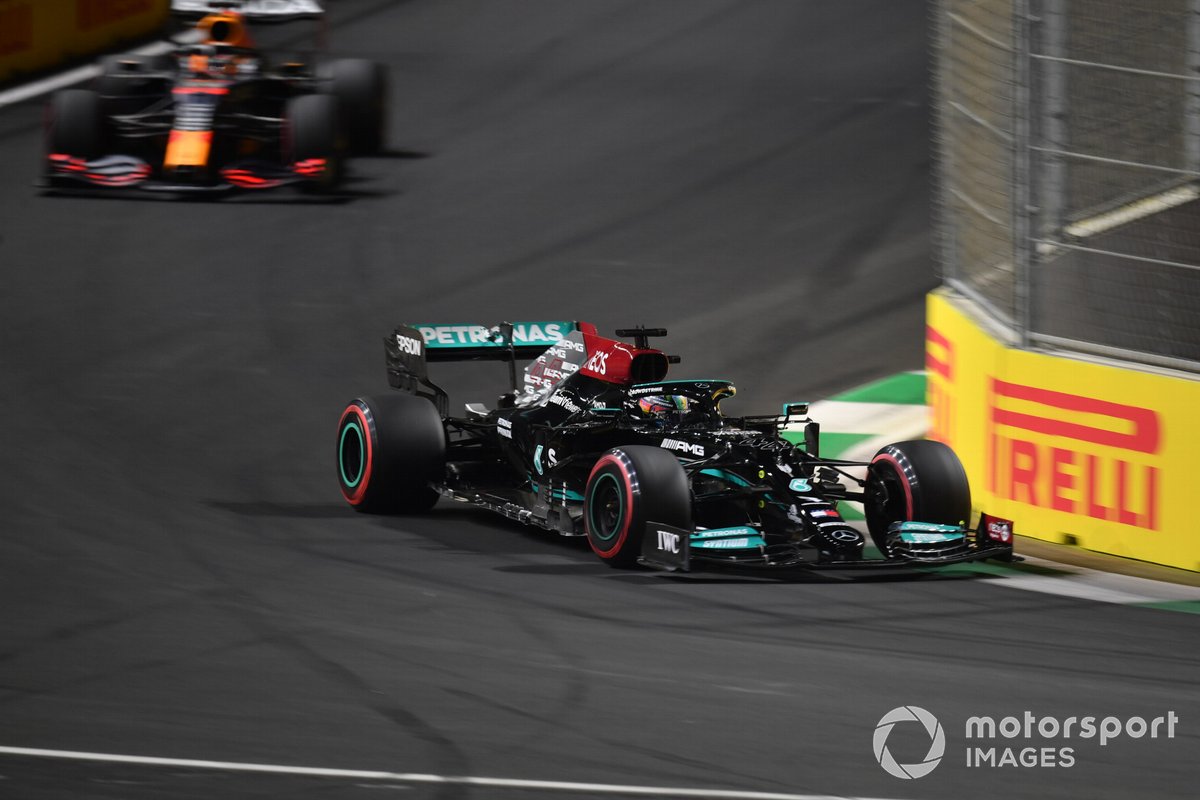 Mercedes had been tipped to dominate in Jeddah due to the high-speed nature of the track, but Red Bull has displayed a similar pace throughout the weekend so far.

Red Bull team principal Christian Horner claimed on Friday that the new Jeddah track was tighter than expected, meaning raw horsepower would not be as important.

Wolff conceded after qualifying that he was “a bit surprised myself that we didn't have the pace on the straights today, or overall this weekend”.

He noted that Red Bull ran with reduced drag on its set-up in qualifying, but could not pin the gap down to a single reason.

“I think we are pretty equal on the straights,” Wolff said.

“But we’ve been losing in the high-speed [corners], but also in qualifying, in some of the low-speed, the drivers were not at all happy with the car.

“It’s between understeering, snapping, jacking, rolling, you name it.”