Mercedes surprised by gap to Ferrari 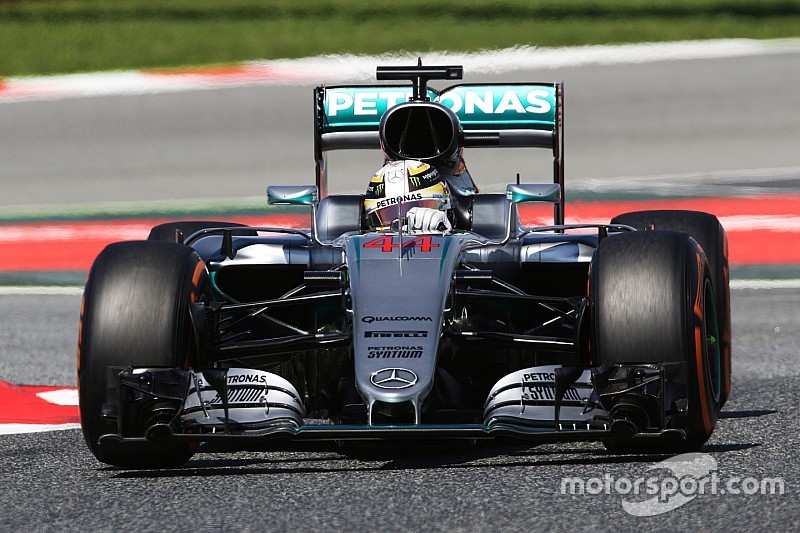 Nico Rosberg admitted Mercedes was surprised to be so far ahead of Ferrari in qualifying for the Spanish Grand Prix.

On a weekend where Ferrari had big hopes of finally being able to fight for victory, Kimi Raikkonen and Sebastian Vettel endured one of their worst performances of the season in the grid-deciding session.

Raikkonen will start fifth after finishing over a second behind pole-setter Lewis Hamilton, with Sebastian Vettel down in sixth, 1.3 seconds off the pace.

Both Ferraris qualified behind the Red Bulls.

"We are surprised," said Rosberg, starting from second tomorrow. "We are not supposed to be so far ahead, but we are surprised how quick Red Bull is.

"It is changing quite a bit, but the only constant is us. That is impressive to see – it is a great job from the team. On every track we keep the car working perfectly and that is fantastic to see."

Hamilton, meanwhile, secured his third pole of the year and is now hoping to have a troublefree race following his run of problems in previous grands prix.

"Very, very happy with getting the lap in," said Hamilton. "Nico has been strong all weekend.

"The car was great, yesterday was a bit of a difficult day so to come back like this is the best.

"Hopefully everything holds together. We have been working on starts over the past races. We are in the best position to start from, and we will try to get off on the right foot and tomorrow could be a good day."

The world champion grabbed pole with his second run, having made a mistake during his first lap in Q3.

"When I came in, I was just laughing because the lap was so good! It was such a good lap it would have been pole. While it put more pressure the on second lap, I was still able to get it."