Mercedes revealed on Friday in Austin that it had taken a third fresh engine for Bottas in four races, resigning the Finn to a five-place grid penalty.

Mercedes customers Williams and Aston Martin have also been forced to take fresh engines for George Russell and Sebastian Vettel this weekend. Both will start the race from the back of the grid.

It comes after Mercedes F1 boss Wolff revealed in Turkey that the manufacturer was working to understand a problem on its engines and contain the issue for the rest of the season, having seen Lewis Hamilton take a grid drop and start 11th.

Wolff said in an interview with Sky Sports on Friday after FP1 at the Circuit of The Americas that Mercedes was dealing with "some reliability issues that keep coming back".

"I think we understand now much better what it is," Wolff said. "But it means that there is no durability in running them and that means that's potentially a DNF risk."

Speaking afterwards in Friday's FIA press conference, Wolff explained how Mercedes was working to understand the issue to also ensure its customer teams were not impacted.

"I think you see that we are suffering with reliability this year," said Wolff during Friday's FIA press conference in Austin.

"We're going onto the sixth engine, I believe it is for Valtteri, and it's not something that we choose to do.

"But on the contrary, we're trying to really get on top of the problems, and we haven't understood [them] fully.

"I think we are a step closer now, so it's not always that we are literally easy with having the engines.

"We are hanging on for dear life in supplying all customers, and that is not trivial."

Wolff called a suggestion in the Sky interview that the issue was with the air valves on the engine "bullshit", but shied away from expanding on the problem in the press conference "for obvious reasons". 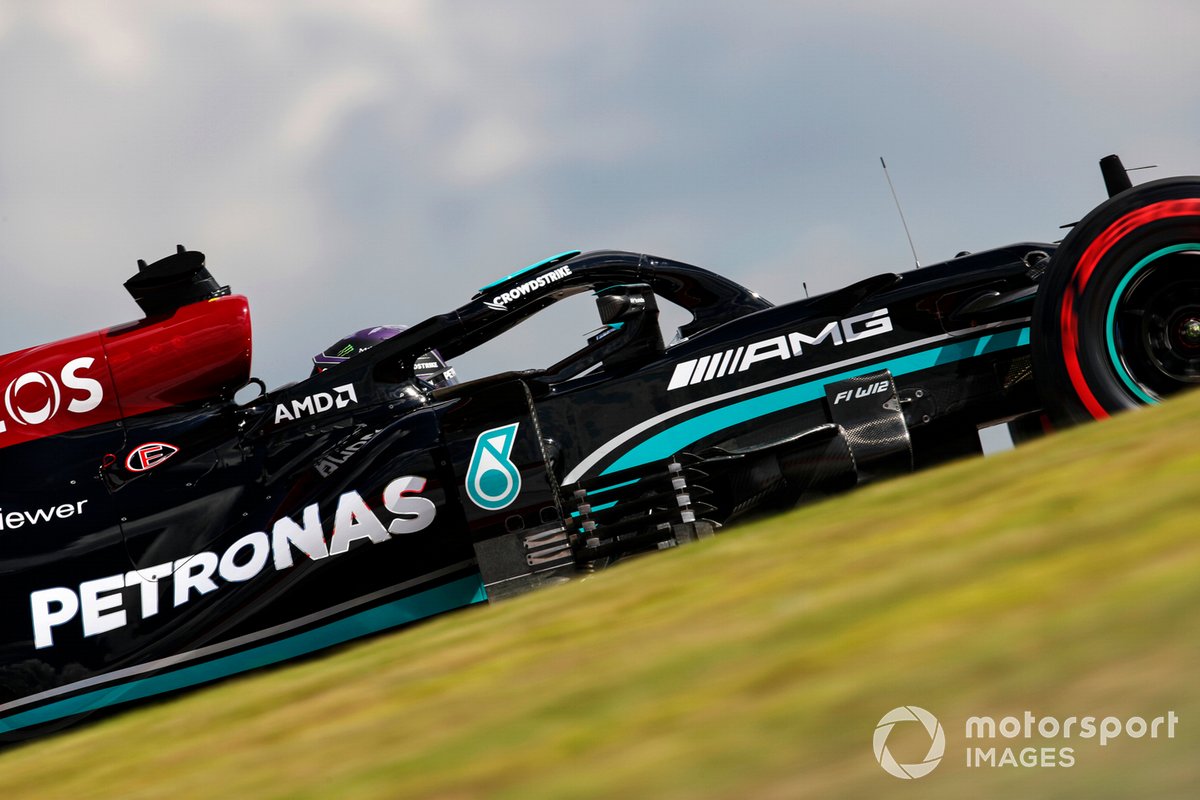 He acknowledged that the issue was "always a concern" given the close title battles Mercedes finds itself in this year. Hamilton sits just six points behind Max Verstappen in the drivers' championship with six races to go this year.

"I think that when you look at Monza, for example, Valtteri had to start from the back, and we are losing points on the way," Wolff said.

"We are trying to push the performance every year, and this year, we've come to a point where that has cost us points. Over the last seven or eight years, that mindset has won us races and championships.

"So I would have hoped for a few less penalties and use less engines, but this year it has really hit us hard.

"McLaren and Aston Martin are more fortunate, and in that respect, we just have to take it on the chin and do the best possible job."

McLaren's Zak Brown said the team had no concerns over the reliability of its customer engines, saying Mercedes had been "pushing extremely hard".

"But I've got to say from a McLaren point of view, we're very happy. They've got an unbelievable track record, so we're not concerned."