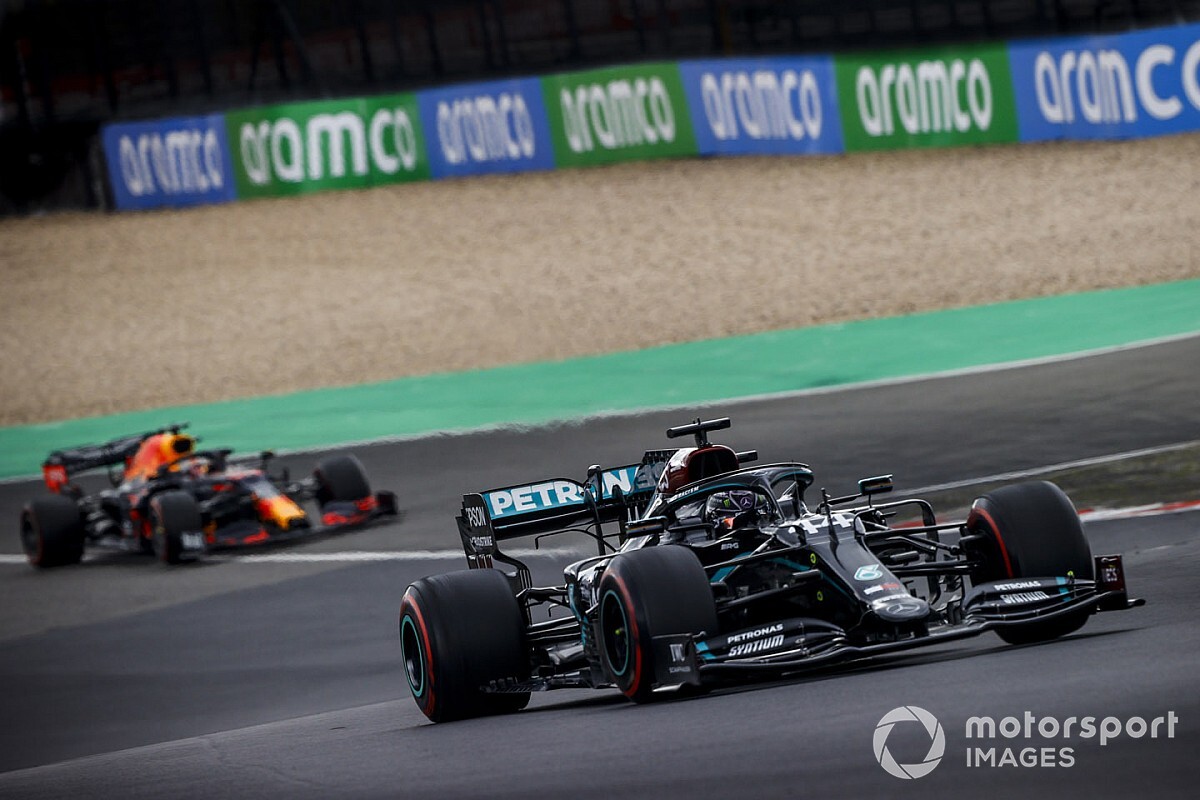 Mercedes stopped developing its 2020 Formula 1 "a long time ago", according to team boss Toto Wolff, as its advantage over Red Bull appeared to narrow at the Nurburgring.

Mercedes has won 9 of the 11 races so far this season and is on course to win both championships for the seventh year in a row, its drivers sitting first and second in the drivers' championship.

But Red Bull appeared to make a step towards Mercedes' level of performance across last weekend's Eifel Grand Prix after bringing a series of updates for its RB16 car to the race.

Max Verstappen took provisional pole ahead of the final runs in Q3, and was able to stay close to the Mercedes duo of Lewis Hamilton and Valtteri Bottas in the opening stages of the race.

Teammate Alexander Albon also said he thought Red Bull was now "a lot closer" to Mercedes thanks to its latest updates.

Mercedes has not released any updates for its W11 car for a number of races, with team boss Wolff saying it had halted its development a while back.

"We finished [the updates] a long time ago, and that has always been in the past," Wolff said.

"What we looked at is a very thoroughly thought through decision, because not in every championship can you afford to close the book early.

"But the rules changed quite a lot for next year and in that respect, like in previous years, we decided to switch to next year's car.

"This is why you can see the shifting performance between the teams. We always have a very strong start and middle of the season, and then whoever continues to develop is strong at the end."

Although the 2020 cars will largely be carried over into 2021 as part of a cost-saving measure resulting from the COVID-19 pandemic, teams will be allowed to develop certain areas of the chassis via a token system.

"I think they are developing quicker than we are at the moment," said Shovlin.

"And we've seen that progressively. But to be honest, we've seen that in most of the recent years, they tend not to start as strongly as we do. I can't really think of a year recently where they've not been with us by the end.

"So if we see that trend continue, then the remaining races are going to get tougher, and it will be harder to try and keep getting the pole on Saturday and winning on a Sunday."

Red Bull has claimed a single race win this year, courtesy of Verstappen at the 70th Anniversary Grand Prix, and sits 180 points behind Mercedes in the constructors' standings.

Ricciardo: Renault no longer a "hit or miss" car