Subscribe
Previous / Magnussen: Hamilton F1 radio message was "in the heat of the moment" Next / Horner: "Didn't make sense" for Verstappen and Perez to battle
Formula 1 / Spanish GP News

Mercedes says its return to form at the Spanish Grand Prix has renewed belief that it can still join the fight for the Formula 1 championship this year.

After a difficult start to the 2022 campaign for Lewis Hamilton and George Russell, a raft of upgrades introduced at Barcelona last weekend transformed the pace of the W13.

Russell battled the Red Bulls on his way to a podium finish, but it was Hamilton's charge from near the back of the field on lap one to finish fifth that has really encouraged the German car manufacturer.

Team boss Toto Wolff says Hamilton's pace suggested that Mercedes had the quickest package overall, and offered a glimmer of belief that the team's previous title-winning form was back within grasp.

"That looked like a world championship-winning race car that he was driving, and that would have not been possible in the previous races," said Wolff about Hamilton.

"That reminded me of last year and the years before, when a car is really on the top of its game."

Asked if he therefore believed that Mercedes now believed it could haul itself in to the championship fight between Ferrari and Red Bull, Wolff said: "I've seen a race car today that reminded me of the race cars of previous seasons, where you're 30 plus seconds behind the whole field, and you come all the way to the front and near the podium.

"That is very encouraging and shows that we've made another step.

"Can we fight for a world championship? Well, we bet we can. But we just need to have a car that is able to finish first and second. And I think we have reasons to believe that we can get there. 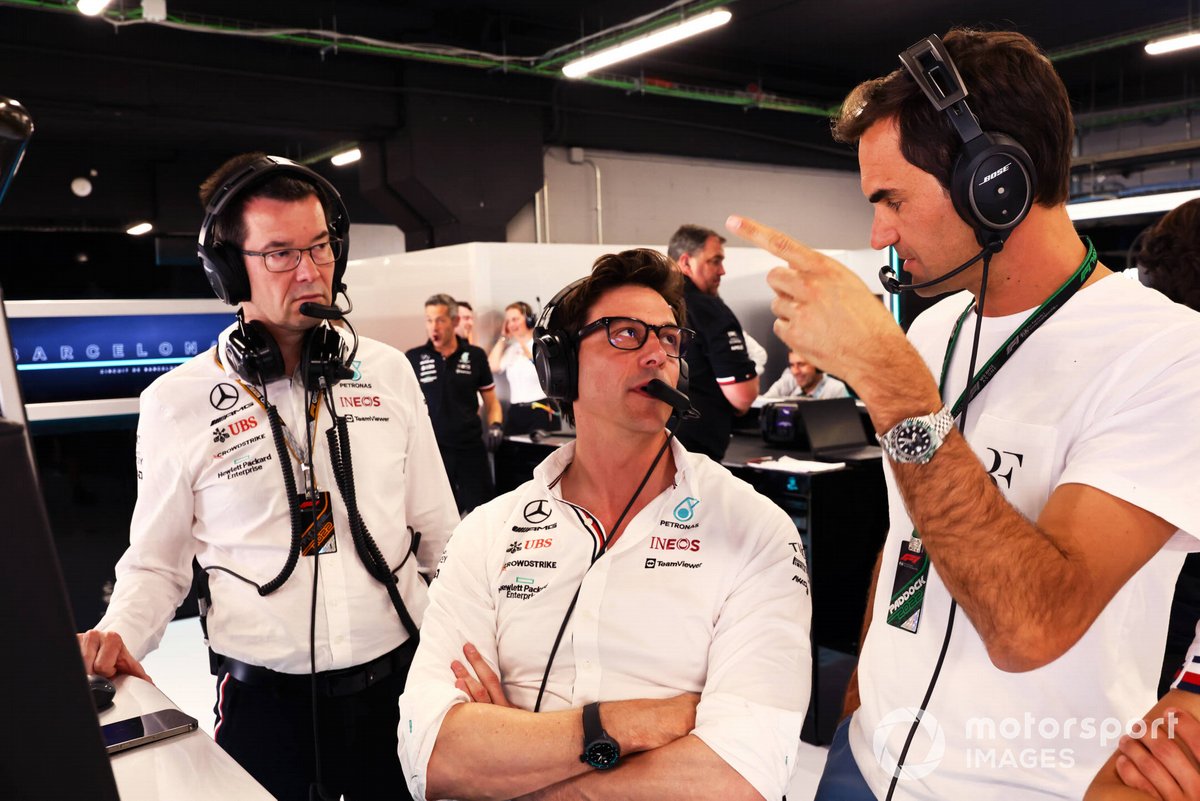 "If you look at the odds, they are against us. But motor racing is a different ballgame. We've seen today that Ferrari didn't score a lot of points although they should. We are absolutely pushing flat out in order to bring us back into the game."

While Hamilton is 64 points adrift of championship leader Max Verstappen in the drivers' standings, Russell is much closer and lies only 36 points back.

In the constructors' championship, Mercedes is in third place on 120 points, 49 behind Ferrari and 75 adrift of Red Bull.

Wolff says the gap to the top two teams has not been wiped away completed by the improvements to the W13, but he thinks the deficit has been dramatically reduced.

"These regulations have caught us off guard in a way, and step by step we are understanding what we need to do in order to bring the performance back into the car," he said.

"We've seen another big step this weekend, and probably we have halved the disadvantage to the front runners. But still there is lots of way to go in order to be right up there in the fight.

"But having said that, we're third with George and that's strong. His driving was unbelievable, the defending, the positioning. I'm so proud and happy in a way to see that: and a great star or a great driver in the making."