Mercedes promised it would try numerous engine cover solutions during testing, having presented the W08 with a normal cover and T-Wing at the launch.

No one expected that the tests would come so thick and fast though, with the team resorting to various solutions as it ran through it planned schedule on day one, putting in 79 laps with Bottas and 73 with Hamilton.

Here is the Mercedes running a relatively short shark fin configuration in combination with the T-Wing, as we can see the team is not only looking to use the shark fin to clean up flow to the rear wing but also as a cooling aperture, with hot air created by the power unit vented out of the large chimney atop the fin.

In doing so it was also able to slim down the sidepods which will undoubtedly bring further aero gains. 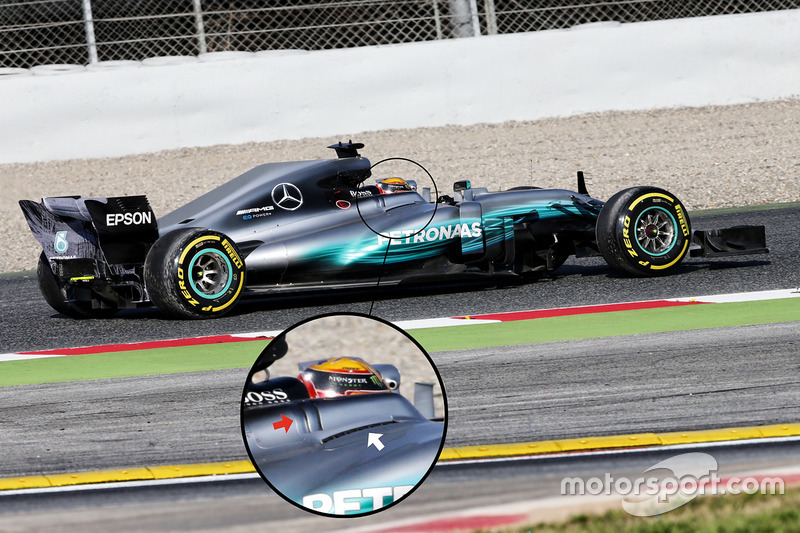 Hamilton also trialled the W08 with the standard engine cover and without the T-Wing as the team evaluated another cooling method, this time changing the scuttle panel alongside the driver for a vented solution (white arrow) and trialling a vented vertical panel on the cockpit surround like Williams did in 2015 (red arrow). 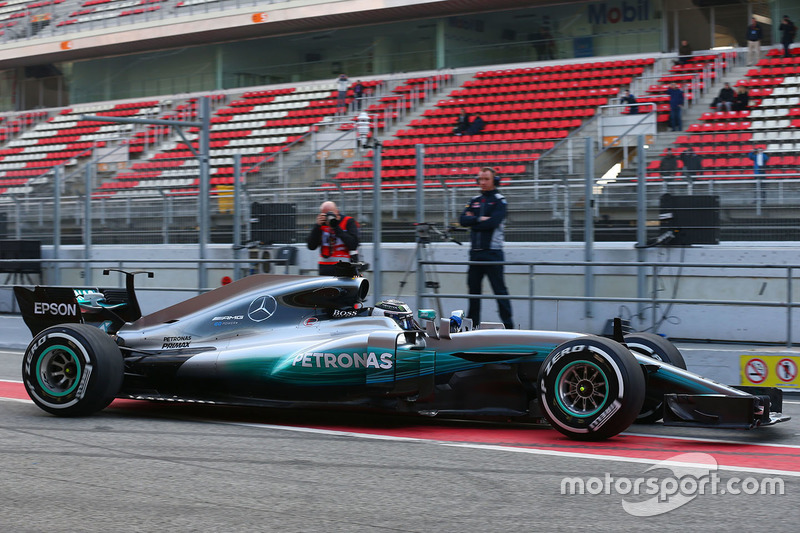 Meanwhile, Bottas' time in the car saw him with the launch specification, standard engine cover spine, T-Wing and no cooling slots in the scuttle panel. 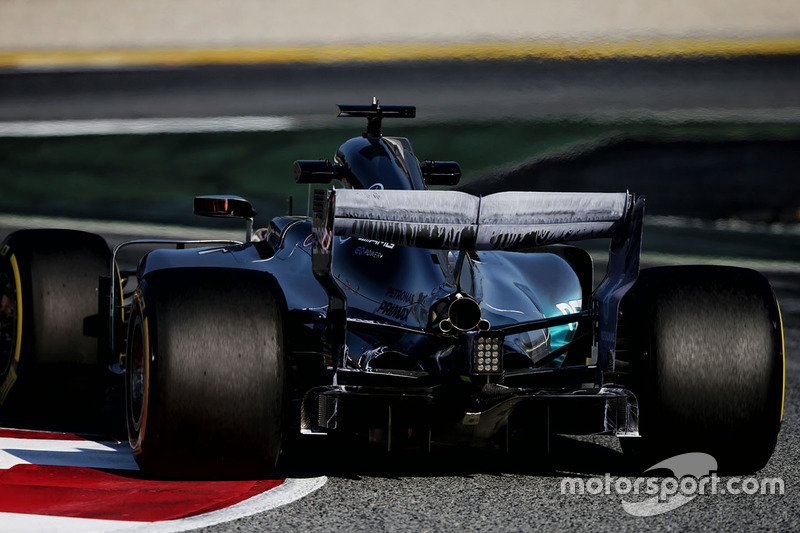 Mercedes began aero mapping the car to understand where it is at in terms of real world performance vs the indicated data.

Of course feedback given by the drivers and information gained from sensors and cameras on the car give the team a large pool of data to work from but it has also been using flo-viz fluid on the car (see above), as is normally the case during testing, in order to gather visual data for comparison.