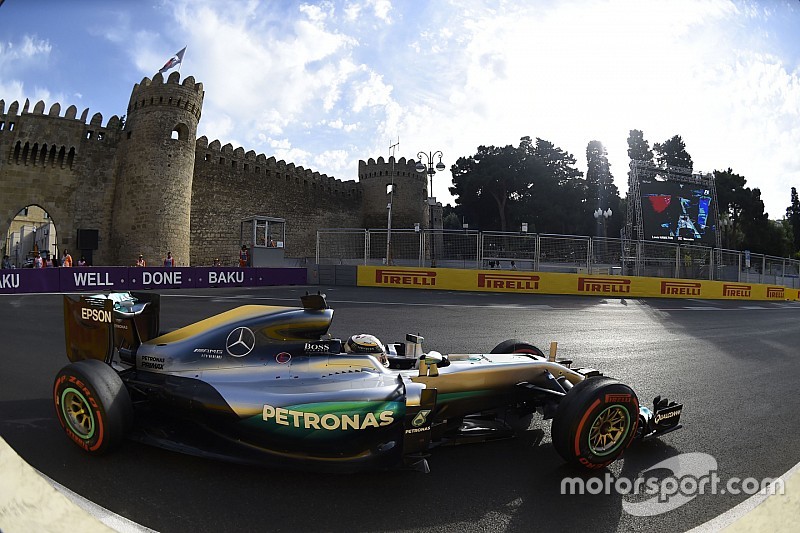 Mercedes data suggests that the engine mode error that hit Lewis Hamilton and Nico Rosberg in the European Grand Prix was only costing them 0.2 seconds each lap.

Although Hamilton’s pace fell away dramatically – and bounced back immediately as soon as the issue had been resolved – his bosses insist that the lack of energy deployment was not as dramatic as it appeared to be from the outside.

Mercedes motorsport boss Toto Wolff reckoned, however, that the electronic setting that left the drivers without an extra power boost at certain sections of the track may have felt worse from the cockpit than the reality of the time lost.

“We don’t know how much it is [exactly], and we need to analyse how much it is,” explained Wolff. “But as per the data – it is 0.2 seconds per lap.

“It must have felt like much more though because the engine was derating between Turns Two and Three, where you expect the biggest boost.”

Hamilton’s increasing frustrations behind the wheel as he tried to get his car out of the wrong engine setting made the situation appear to be much worse than Wolff has suggested.

And the world champion was sceptical about how little difference the engine mode setting made – especially because his fastest lap once the engine worked properly was so much faster than what he was managing beforehand.

Hamilton said: “I am pretty sure it was there from the beginning so I was struggling... it felt like I had a lack of pace.

“But I noticed at the beginning of the straights that I was losing ground, and therefore I was struggling to overtake people.”

He added: “I did a quick lap at the end once the power came back... the team said it was not that big an issue but then I went over a second faster, so it obviously was.”

Wolff explained, however, that the major difference in lap time once the settings were sorted may probably have just been down to Hamilton’s ability to focus solely on driving – rather than being distracted by switch settings.

“It is important to understand that once you are not in the rhythm on a street circuit and it is going all wrong, that when you add a technical issue in to this it becomes more complicated.”