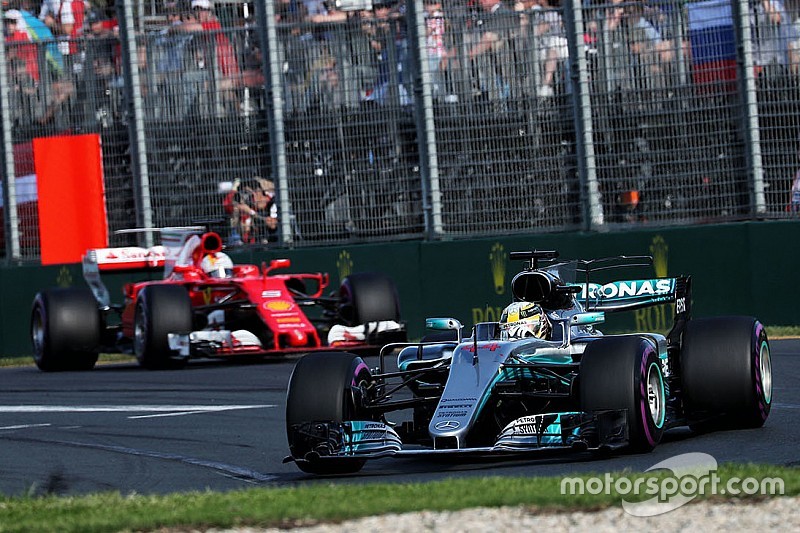 Mercedes boss Toto Wolff says he is not surprised that rivals Ferrari and Red Bull launched a barrage of technical clarifications over the winter in a bid to try to knock his team off the top of Formula 1.

After three seasons of domination by Mercedes, a rules reset for 2017 with faster and more challenging cars has opened up a big opportunity for Ferrari and Red Bull to get back to the front of F1.

But as well as the chance of doing that through their own efforts, the last winter was dominated by a series of rule queries to the FIA aimed at cutting off avenues that Mercedes was suspected of exploiting.

This included the trick suspension system that Mercedes had run at some events last year, plus suspicions over oil burning and pre-loaded start systems.

Despite FIA moves to outlaw all these areas, Mercedes still took pole position for the Australian Grand Prix and remains a contender for the world title.

For Wolff, who has helped steer Mercedes to three consecutive title doubles, the bid by Ferrari and Red Bull to try to shut down grey areas of the rules was not really a surprise.

"I think you need to do that. It's part of Formula 1," he told Motorsport.com. "It's on one side optimising your own performance without looking too much at your competitors because it's too distracting.

"On the other side if you think someone is having an advantage in an area that you don't, one of the tools you have is to make it illegal. That's what's happened forever in Formula 1 and it's perfectly acceptable."

Although Mercedes has elected to abandon the high-tech suspension concept in the wake of the FIA ruling, Wolff says in performance terms it made little difference.

And he thinks if rivals are trying to focus on one item as the key to Mercedes' success, they will be disappointed.

"There seems to be a lot of technical directives flying around and what people often misunderstand is there is no single device on the car that makes a difference or not to the others," he said.

"The discussions around suspension is a clarification of what is to be permitted or not and it's good to have clarification. It's not something that is affecting us performance-wise."

He added: "We tried several suspension technologies with the consequence of not having huge laptime differentiation between them and, like you say, even with the clarification of the FIA now it is not a great deal for us.