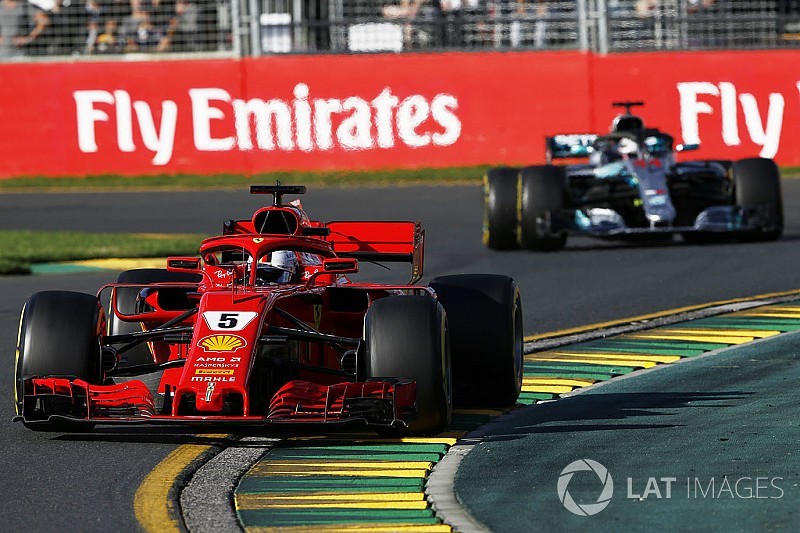 Mercedes has discovered there was a computer bug in the software it uses at Formula 1 races, after concluding its investigation into what went wrong at the Australian Grand Prix.

Lewis Hamilton saw a potential victory in the season opener snatched from his grasp after Ferrari rival Sebastian Vettel made the most of a Virtual Safety Car period to keep the lead after a scheduled pitstop.

Instead the issue was caused by an offline tool it uses to calculate delta times between cars staying out on track and those coming into the pits during various safety car phases. It was this which lulled the team into a false sense of security.

In the latest episode of its Pure Pitwall race debrief, Andrew Shovlin, trackside engineering director, confirmed the team had got to the bottom of what went wrong in Australia – and action was being taken to ensure the situation never happened again.

“The issue isn’t really with the race strategy software that we use,” he explained. “It was an offline tool that we create these delta lap times with, and we found a bug in that tool that meant that it gave us the wrong number.

“The number that we were calculating was around 15 seconds, and in reality the number was slightly short of 13 seconds, so that was what created our delta.

“That is why we thought we were safe. We thought we had a bit of margin and then you saw the result. We dropped out, we were in second place and it is very difficult to overtake and we couldn’t get through.”

Shovlin said the team was treating the situation with the same seriousness as a reliability failure – and would ensure that in the future it gave itself more margin with gaps to rivals.

“It is really about understanding everything that went wrong, gathering all the data, and invariably it is never just one thing,” he said.

“So there are elements that we can do better with calculating that, but we have also looked at it for the future. We are going to make sure we have more margin because we want to be able to cover for Vettel doing an amazingly good in-lap to the pits, or having an incredibly fast stop.

“So with any of these things, we look at what went wrong, work out how to solve it and then put the processes in place to make sure we don’t have a repeat.”

The VSC issue came up in Melbourne because of the difficulties in calculating the specific difference in lap time between a car staying on track and one coming into the pits for new tyres.

The complication is caused by the fact that drivers can accelerate from the safety car line before the pits until they hit the pit lane speed limit.

This is something that cannot be calculated exactly and will vary depending on the aggression of the driver, and his speed on reaching the safety car line.

Shovlin added: “It is never quite an exact science because you don’t know how fast a car is going to be able to come through that pit entry.”

Bottas says he's learned not to beat himself up