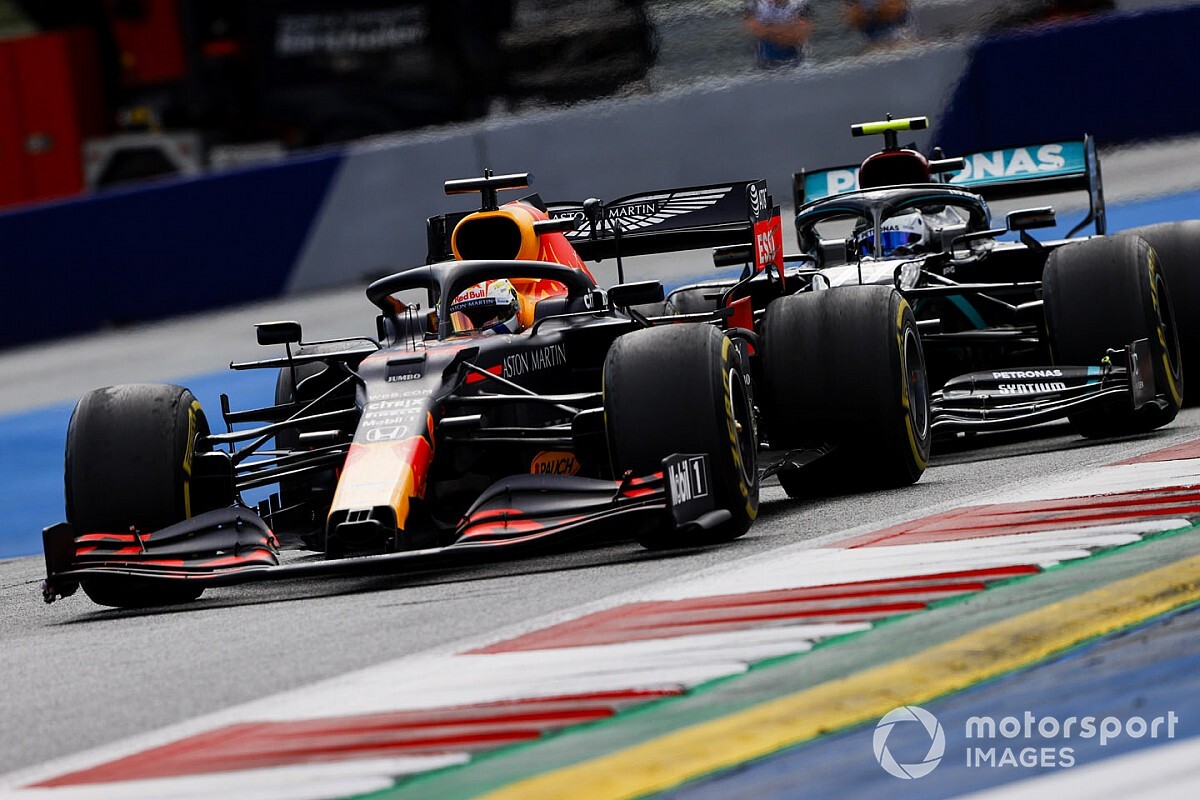 Mercedes is braced for a fiercer challenge from Red Bull in Hungary, with team boss Toto Wolff feeling “100% convinced” the slow-speed layout will play to its rival’s strengths.

Mercedes has surged into a healthy lead in the Formula 1 constructors’ championship after winning the opening two rounds of the 2020 season in Austria, finishing 1-2 on-track in both races.

Teammate Valtteri Bottas was able to catch and pass Verstappen in the closing stages after starting the race fourth, proving Mercedes’ pace advantage.

But Mercedes is expecting a fightback at the Hungarian Grand Prix this weekend after finding it lost time to Red Bull through many of the slow speed corners in Austria.

“I think where we lost to Red Bull is the slow speed [corners], particularly Turns 3 and 4, seem to be our vulnerabilities,” Mercedes F1 chief Wolff explained.

“Everywhere else on the straights and in the fast corners, we are quicker. We just need to continue to develop and push and understand the car.

“Budapest is a totally different ball game. Lots of downforce, lots of these slow and medium-speed corners. We’ll see how it works there.”

Wolff also feared the forecast higher temperatures in Budapest would work against Mercedes, having been a weakness for the team in recent years.

“It’s a track that historically they have shown great performance. We have improved there too in the last few years, but it was always a difficult weekend.

“Hot temperatures are maybe still a little bit of an achilles’ heel for us, and as far as I have seen on our weather forecast, it could be up to 30 degrees on Sunday.

“We need to prepare well, put all the focus on Budapest, and then hopefully do the best out of that.”

Red Bull scored pole position with Verstappen in Hungary last year, and dominated the race before a late pass by Hamilton allowed Mercedes to snare victory away.

Hamilton will head to Hungary chasing an eighth victory at the Hungaroring that would see him match Michael Schumacher’s record for the most wins at a single circuit.

But he too is expecting Red Bull to pose a greater threat in Hungary than it did in Austria.

“It is a circuit that the Red Bulls usually do really well, I think they led the race there last year, so it is not going to be easy,” Hamilton said.

“They were quickest [in Austria] on Friday this weekend and we beat them today and managed to eke them out in performance, but I think we go to that track and it is more of a medium- and low-speed circuit.

“It should bode well for them, so it is going to be a closer battle. In Turn 3 the Red Bulls kept killing us here. They were stronger than us through there and I think Turn 4. There are areas where we can improve on.

“They are a fantastic team, and they do a really great job. I don’t know where they are weaker than us currently, whether it is on engine power or downforce, but I see them as our main competitors through the year.”