Mercedes Formula 1 boss Toto Wolff says his radio message to Valtteri Bottas in qualifying for the Abu Dhabi Grand Prix came after they agreed to support each other more. 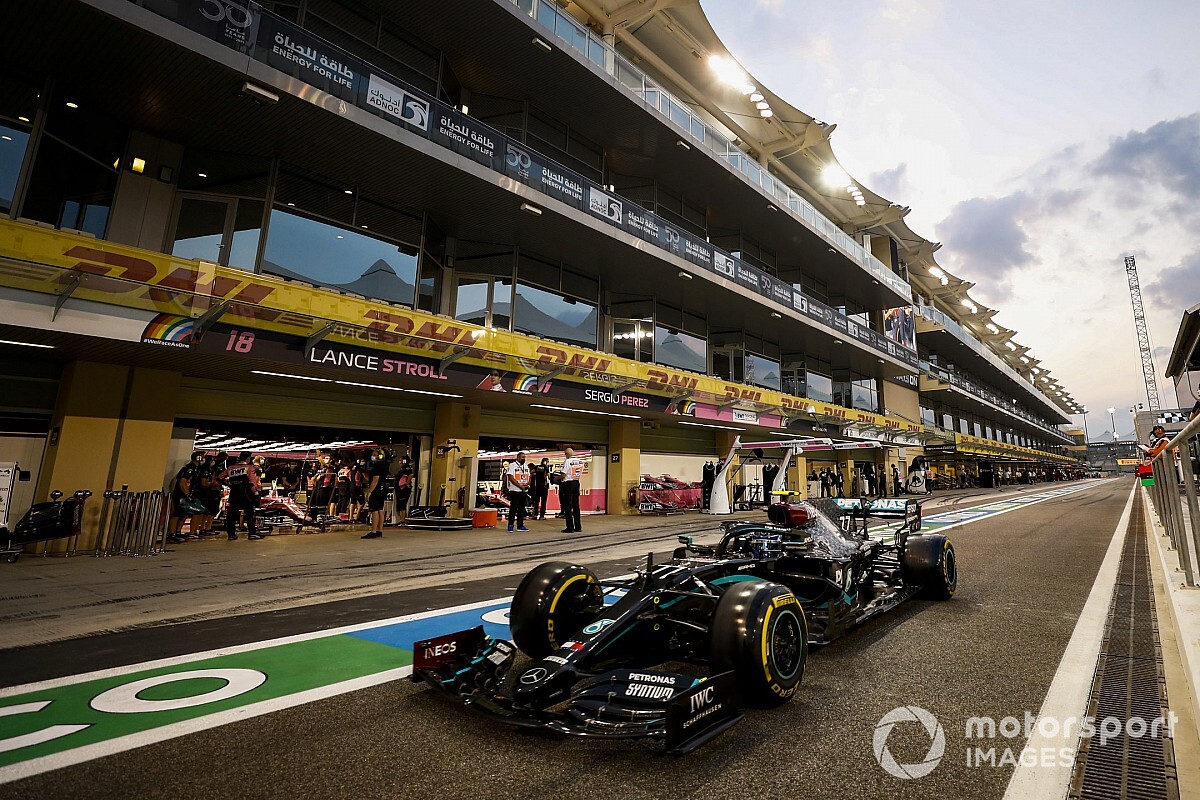 Shortly before the final runs in Q3 for the F1 season finale in Abu Dhabi, Wolff was heard giving Bottas a message of encouragement with: "All you have Valtteri."

Such in-session communication between the team boss and drivers is not usual, with Wolff normally only getting involved if there are difficult matters to sort or post race messages.

However, explaining why he spoke to Bottas in such a way this time, Wolff said that the change of approach had come after the Finn requested a bit more of an open dialogue.

"It's always tricky when you talk to the driver before qualifying or the race," Wolff told Sky F1. "But it's something we discussed. And he said, I need a little feedback from you, it is always good."

Wolff said he had felt in the past that giving such messages would only serve to distract the drivers, but said a chat between him and Bottas had highlighted that sometimes encouragement could be beneficial.

"It's difficult because I've never talked to the drivers, because I felt that from my experience it is a bit distracting. But everybody's different and with him we had a good talk.

"Obviously, when the championship was lost, it's always difficult to cope with it. And that's why he said, let's talk a little bit more."

Bottas explained that in the wake of a tricky Sakhir Grand Prix, he and Wolff had had a lengthy chat about things.

And during those discussions he had made clear that there were times when perhaps he would be helped by feeling that there was more support around him.

"He can always talk to us if he wants," said Bottas about Wolff''s radio message. "The last days, we've had a chat about different things, and we're a team. We support each other if we feel like.

"And if you can support another person in the team with encouragement or certain words, you do it. It would be the same for any team member. Nothing more than that, it's a more personal thing."