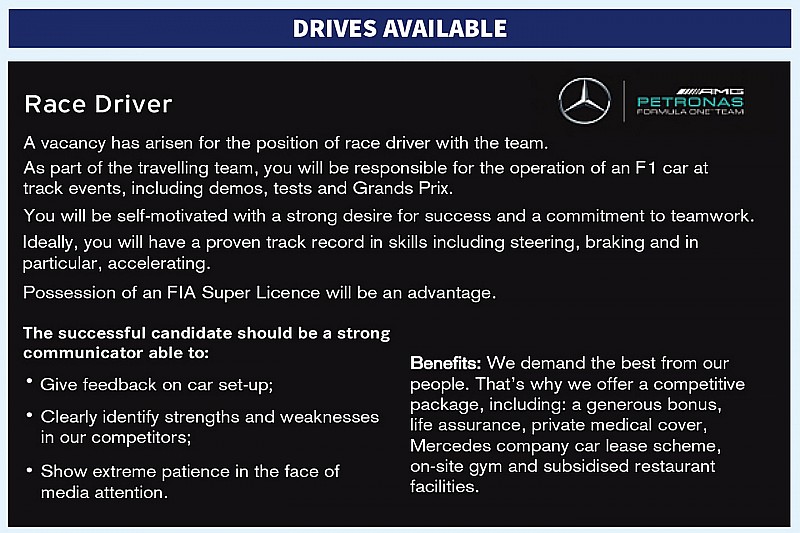 The Mercedes Formula 1 team has placed a humorous classified advert in the pages of the UK’s Autosport magazine for the vacant position of “race driver”.

Following the shock announcement by recently-crowned F1 World Champion Nico Rosberg, the advert states: “A vacancy has arisen for the position of race driver with the team."

It goes on: “Ideally, you will have a proven track record in skills including steering, braking and, in particular, accelerating. Possession of an FIA Super Licence will be an advantage.”

Mercedes AMG Petronas F1 routinely places ads in Autosport’s magazine (which is considered the UK motorsport industry's 'bible') for vacant positions within its team – such as aerodynamics machinist, service desk analyst and infrastructure team leader – but this is the first time it has ever published one for its race driver.

Just in case anyone believes it’s a serious advertisement, there is no address to reply to, or a closing date for the position!