Why Mercedes canned Pirelli test despite a $400,000 credit

The decision by Mercedes to pull out of next week’s 18-inch Pirelli tyre test at Paul Ricard has shone a further spotlight on Formula 1’s budget cap restrictions.

After Valtteri Bottas was involved in a huge crash at Imola, the team highlighted that the cost of the damage might compromise development later in the season, and skipping a planned tyre test is further evidence of how the top teams are now having to account for every dollar they spend.

Even a $400,000 budget cap “credit” for participating in the Pirelli test was not enough for Mercedes to justify sending its mule car and a crew to France.

The two-day Ricard test, for wet tyres only, was one of three sessions that Mercedes initially agreed to do as the teams help Pirelli to finesse its new 18-inch products. The Brackley-based outfit ran two days on slicks at Imola in April, and it has a single day with dry rubber – which it still plans to undertake – scheduled for Budapest in August.

Ferrari has stepped in and will cover next week’s wet tyre session. However, the decision by the world champions has left Pirelli concerned about the potential impact on its tyre development programme in future seasons.

Tyre testing was one of the topics that came up when the fine detail of 2021’s new F1 financial regulations was being discussed. It was agreed that in order to take tyre test costs out of the budget cap, any team taking part would be able to knock $200,000 off its total spending figure for the year for each day of running.

A $400,000 “credit” for the two-day Ricard test sounds like a decent compromise. However, Mercedes is sailing so close to the 2021 budget cap total of $145m that it still couldn’t justify doing the test – and for a couple of specific reasons.

Firstly, in the middle of a busy 23 event season, the team would usually plan to use mechanics from its demo or heritage car staff to cover for the regular race team guys. These people do not come under the cost cap, because their usual day-to-day work does not involve the current race programme.

They are allowed to contribute some days to current activities – but if that goes over 10% of their hours then their whole salary would come under the cap, and thus be allocated to the annual spend. Quarantine requirements on return to the UK add to the complexity of sending a crew over just for the test. 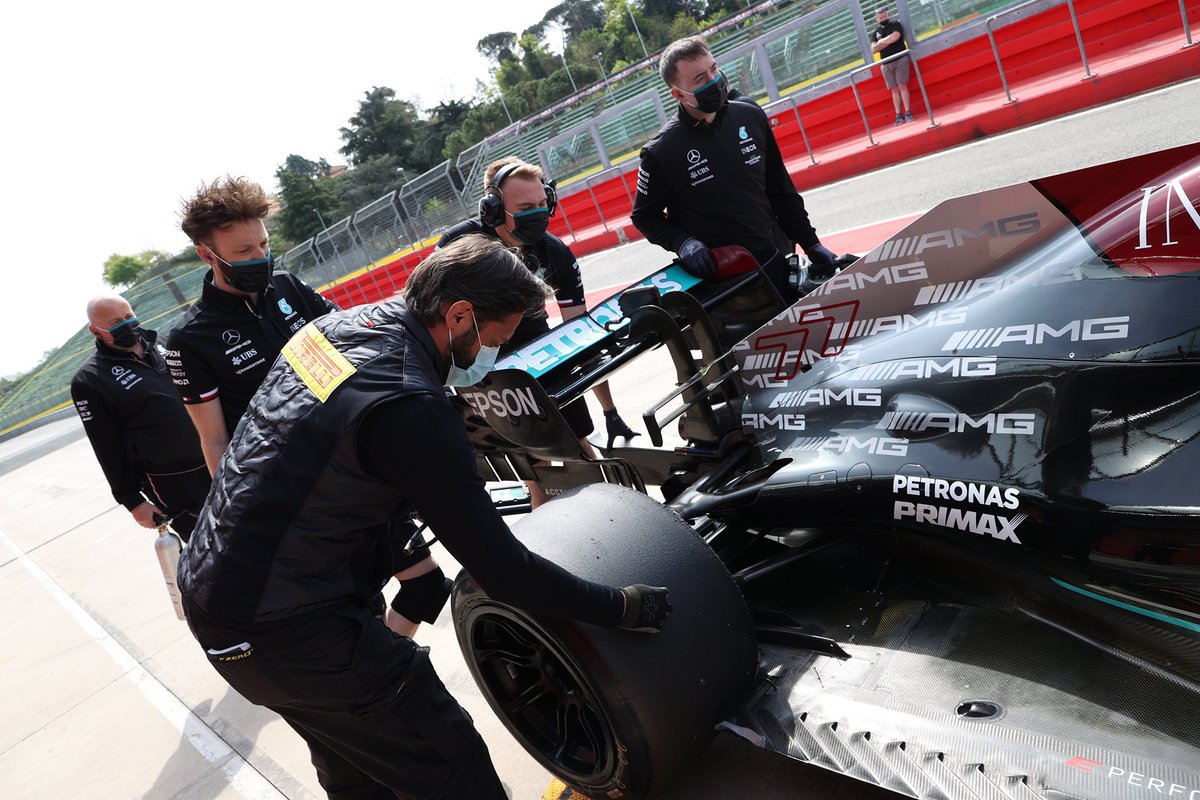 The second issues is engine costs. Buried in an appendix to the 2021 F1 sporting regulations called “PU supply perimeter” is a little known reference to total testing mileage for the year.

In essence it states that a team’s annual PU leasing bill covers two cars for the race season, plus up to 5000kms of testing. It adds: “Additional PUs or spares required to replace units out of service due to accident damage or other cause induced by the competitor will be outside the supply perimeter and will incur additional charges.”

In other words, the power unit leasing cost that teams declare in their annual expenditure – and Mercedes GP pays its parent company Daimler AG the same figure as its three customers – includes only 5000kms of testing. If you go above that, the extra PU costs have to be added to your spend, pushing you ever closer to the cap limit.

This year Mercedes has already conducted three days of testing in Bahrain, two short 100km filming days, and two days of 18-inch tyre running for Pirelli at Imola. It still has to do the Budapest one-day tyre test, and then the Abu Dhabi test after the final race.

Had the team run at Paul Ricard for two days next week it would have exceeded 5000kms for the year, triggering extra PU costs that would then be added to the total spend for the season.

“We are trying to make the budget cap, which is not trivial,” Mercedes boss Toto Wolff said on Thursday. “And we couldn’t take the costs related to the tyre test and we wouldn’t have been able to send our mechanics on such a long journey.”

It’s worth pointing out that in 2021 this mileage situation only really impacts Mercedes and Ferrari, as they are the only teams that originally volunteered to do five days of Pirelli running. The other major player pushing close to the cap, Red Bull Racing, opted to do just three days.

Ferrari has now upped its total Pirelli testing commitment to seven days, and thus has found a way to absorb those extra engine costs within its cap spending.

In addition, the Italian team is in a different situation to Mercedes regarding mechanics, in that it uses the race team guys – its crew will go straight from Monaco to Ricard next week. Thus it doesn’t get into the complex situation of the whole annual salary of non-F1 team employees suddenly coming under the cap.

Maranello’s decision also indicates that the team is willing to run every lap that it can with 18-inch rubber, as there is always something to be learned, even with a mule car.

“As Ferrari, we always said that 2022 is somehow our priority over 2021,” says team boss Mattia Binotto. “And testing Pirelli tyres, helping Pirelli develop the new tyres we believe is important for us.

“Luckily enough we didn’t have a crash in Imola so eventually we have some more contingency to Mercedes today, so somehow we are happy to accept and support.” 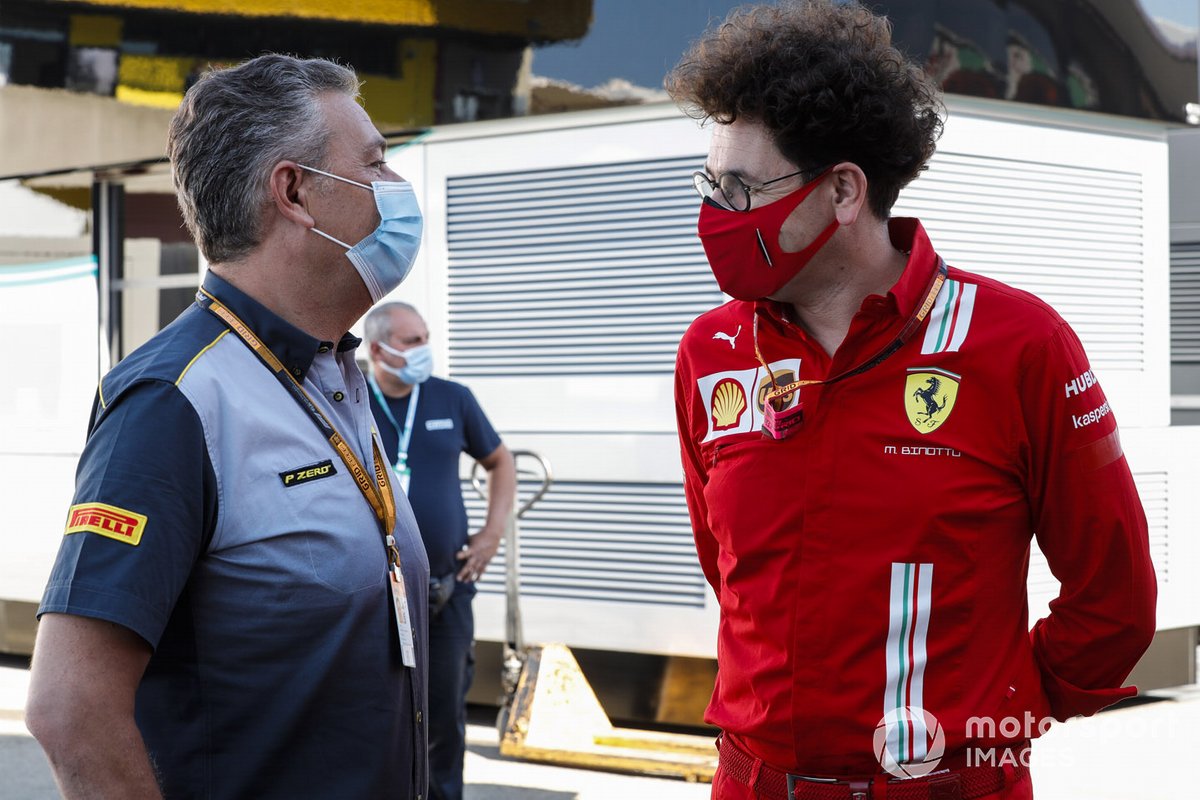 A couple of days of wet running being swapped to another team is perhaps not a big deal in the overall scheme of things. However, the significance is what the Mercedes decision says about the budget cap, and how much it is already impacting the day-to-day operations at the big teams.

And that is a potential issue for Pirelli, because the company plans to run a full programme of development testing next year as it hones its 18-inch tyres for their second season in 2023. The concern is that, especially with extra winter testing days likely to bump up their annual mileage, the top teams may find it difficult to justify involvement in the Pirelli programme.

"When Mercedes came to me saying we could have an issue with your tyre testing, it was a bit of a surprise," said Pirelli F1 boss Mario Isola.

“Obviously I'm talking to the FIA to discuss that, because if it is an issue this year, it's probably an issue also next year, and we have to find the solution.

"Next year, they are going to use race cars, not new mule cars. So I need to understand how this will affect tyre testing.”

Isola says Pirelli is always flexible, which is why swapping the Ricard test to Ferrari was not a big problem.

“This year as usual, we made a plan with a rotation,” he noted. “Offering the test to all the teams, as we do every year. All the teams except Williams decided to make a mule car. So there was a plan already agreed with everybody.

"Now with this decision for Mercedes, luckily we have found the availability of Ferrari for this wet test, so we can continue our development plan, as it was predicted, since the beginning of the season. 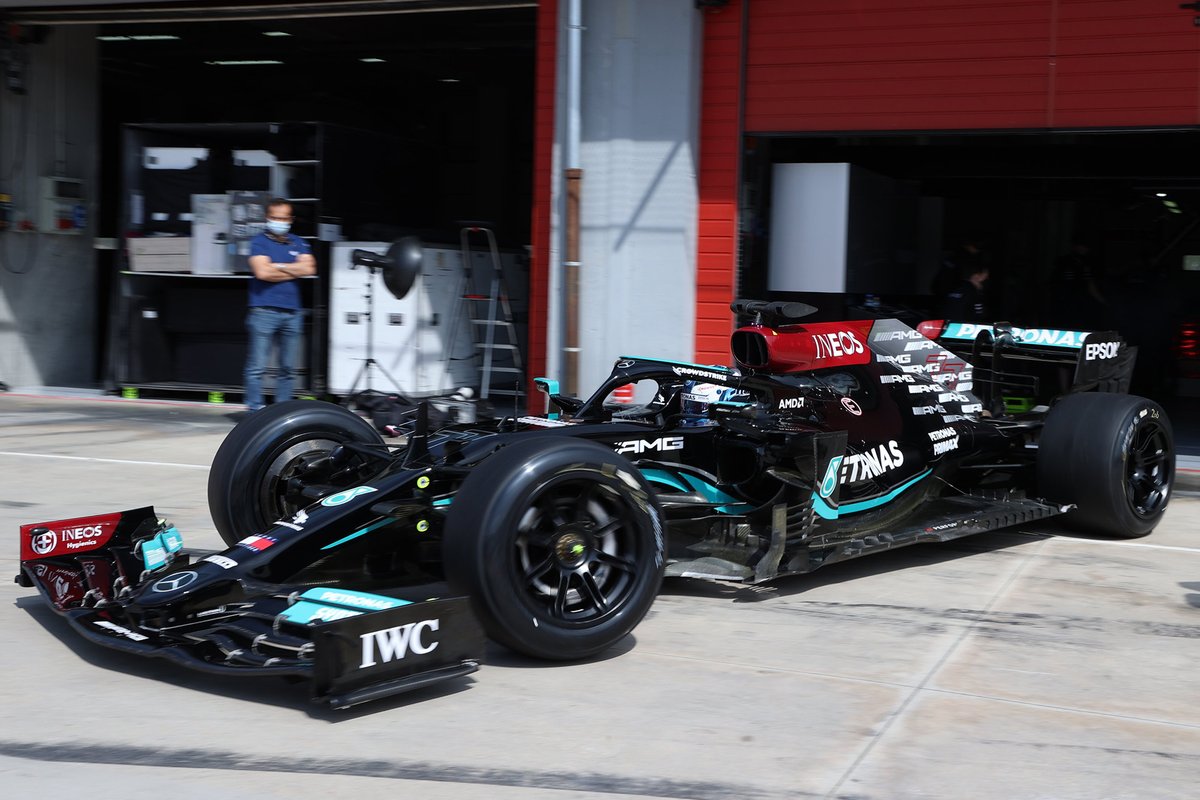 Isola agrees that, while there is already a $200,000 daily allowance, further steps need to be taken to ensure that teams can take part in Pirelli running without worrying about the budget cap consequences.

"The tyre testing for Pirelli has to be neutral for the teams,” he says. “The teams are focussed on the restrictions due to the budget cap, they are working around that. But the Pirelli tyre testing should be not in this equation. I'm not saying that it is easy to make a rule for that, we need to discuss the issue.

“There is not an easy solution, but I'm sure we will find a solution working together, because it is quite, not strange, but it makes very little sense that if you decided to test you should decide to pull out.

"Now if there is this implication on the cost cap we have to find a solution. It's a dynamic world. So every day there is something new, and we will find the solution also to that for sure."

Next week’s Ricard test is an important one for Pirelli, as it is one of only three devoted to wet/intermediate testing on an artificially-soaked track.

The first was with Ferrari at Jerez in February, and the third is with Alpine at Magny-Cours in September.

Ferrari now also has the days originally allocated to Mercedes, and will thus be responsible for two-thirds of all the testing for Pirelli’s 2022 wet tyres. It will be interesting to see if that extra knowledge ultimately proves advantageous should it rain at some stage next season...