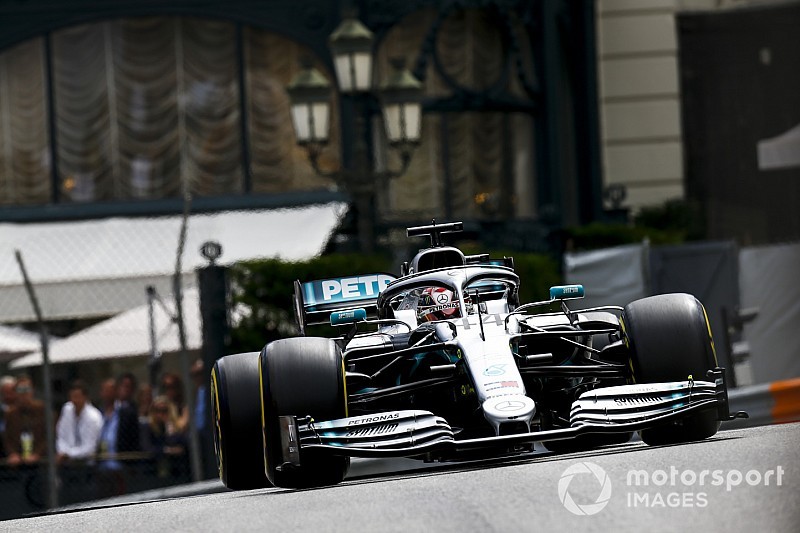 The Mercedes Formula 1 team admits it has a tyre warm-up “concern” for Monaco Grand Prix qualifying, despite its imperious form in the two Thursday practice sessions.

The German team arrived in the Principality as a strong favourite following its five successive one-two finishes and its pace advantage in low-speed corners in Spain.

It delivered on that form in Thursday practice, with Lewis Hamilton topping both sessions and leading a Mercedes 1-2 in FP2, as the W10 cars outpaced the best of the opposition by around seven tenths.

However, chief race engineer Andrew Shovlin said after Thursday's running that the W10 was taking too long to get the tyres in an optimal state for a flying lap, which could pose problems on Saturday given the traditionally hectic and traffic-heavy nature of qualifying at the short street circuit.

“We still seemed to have problems getting lap one out of the soft, despite the hotter track temperatures in the afternoon,” Shovlin said.

“Our number one concern is getting the soft tyre to work on the first lap; our headline times were good today but it took us a lot of laps to get there and qualifying is so important at this track.

“We've got Esteban [Ocon, reserve driver] in the simulator this evening and tomorrow so hopefully he can help with some of that learning.”

Shovlin acknowledged the practice sessions had been “fairly smooth” for Mercedes otherwise, although stressed that traffic meant the team couldn't gather as much data as it would've liked.

“The first session was good, we were trying to run in the quiet parts of the session and were able to give the drivers a lot of time in clear air.

“The car was quite well-balanced once we got the tyres up to temperature. We started the second session on the medium tyre, expecting it to be a bit of a handful but actually it was working quite nicely.

“On the long runs we were suffering with an incredible amount of traffic and the drivers struggled to put two clear laps together. That has meant we've not got quite the level of information we'd like going into the race.”

Nearest rival Sebastian Vettel, who was third fastest for Ferrari, had tyre concerns of his own and described his day as “not that productive”.

“Obviously lacking a bit of pace compared to Mercedes, struggling a bit to get the tyres to really work, so a bit of work ahead of us,” he explained.

“Not yet at the full level of confidence, [it's been] tricky to get the tyres in the right window, we struggled a bit more than other people.”

Teammate Charles Leclerc said he too was struggling to get the Pirelli rubber switched on, which caused his muted 10th-place showing in FP2 after a strong opening session.

“We are working to close the gap [to Mercedes], so we don't know yet what we need to do,” he said.

“We expected them to be strong here because they were very strong in the low-speed corners in Barcelona, but yeah, we need to focus on ourselves, try to put these tyres in the right window, which we don't do at the moment, and we'll see.” 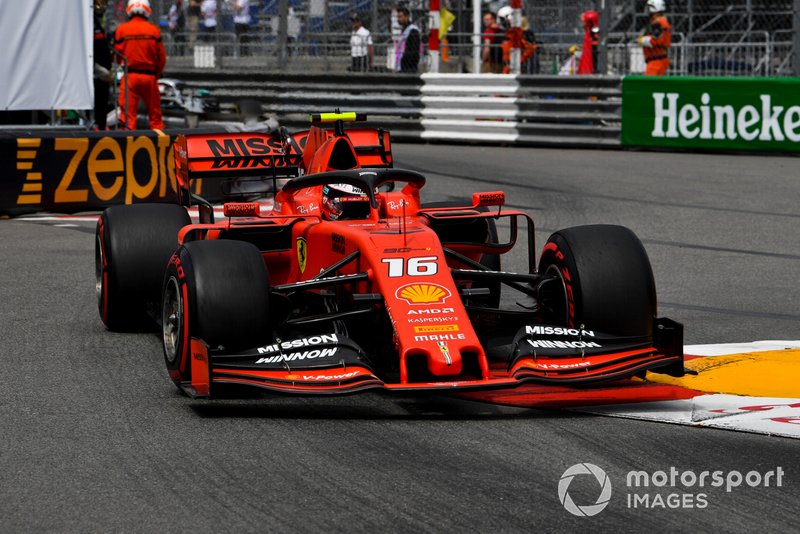