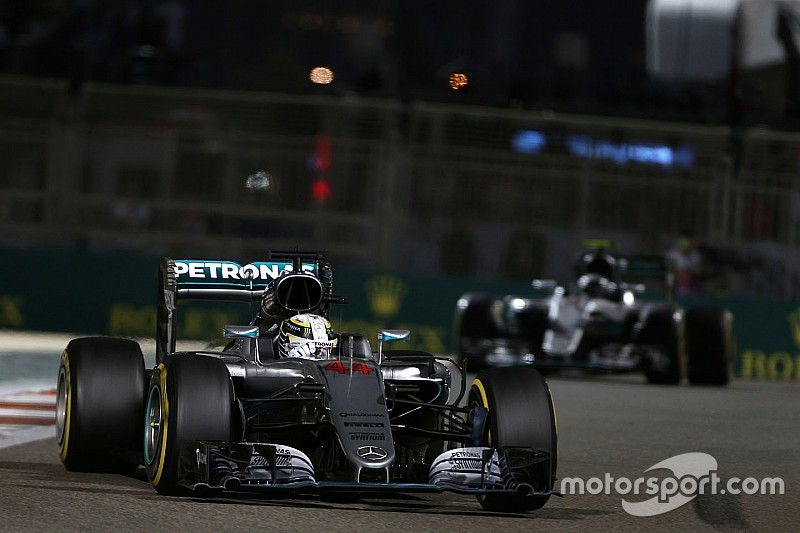 Mercedes executive director Paddy Lowe says he is totally "fine" with how Lewis Hamilton behaved in backing up Nico Rosberg at the Abu Dhabi Grand Prix, and reveals he was asked at the time to make a second request to speed Hamilton up.

The Brit caused controversy in the F1 season finale when he elected to slow Rosberg in to the chasing pack in the hope that other cars would overtake his rival and help his own championship cause.

Mercedes motorsport boss Toto Wolff said after the race that Hamilton’s defiance of team orders to speed up was not ideal, as he pondered a possible rethink of racing protocol for 2017.

But with the Hamilton issue having now been put on the backburner in the wake of Rosberg’s shock decision to retire, Lowe has revealed a few more details about what happened.

He says that after Hamilton ignored an instruction from him to speed up, Wolff asked whether Lowe should repeat the order.

“When I told Lewis to speed up, the next debate on the pitwall came from Toto – 'tell him again, he hasn’t done it!' ” said Lowe, speaking on stage at the Autosport Awards. “So, I said ‘no, because then I will look like a complete pillock if I do that again!’

“James [Vowles] who sits to my right is actually the most fantastic strategist, but it didn’t compute with him that the driver wasn’t going at the right speed. So he was struggling with that – and said ‘make him speed up or the graph shows we will lose.’

“So the conversation I was having, was – 'don’t you think once he sees the red car in the mirror he might put the throttle down a bit harder?' So we were having our own debates. I put a marker down.”

Although the issue was a big talking point at the time, Lowe said that the situation was ultimately a good one for the team and F1.

“I think it was a great race result, a great ending not only for the team but for the sport as a whole – that will have really brought new fans to the sport,” he said. “So it was a fantastic result even though I told Lewis to speed up.

“I think it was fine what happened. It is worth remembering in Monaco that we told Nico to let Lewis past and that was my other team instruction of the year, and he did that within one corner. So that is just for a bit of balance that is worth thinking about it.”

Lowe’s own future at Mercedes has been the subject of intense speculation over recent weeks, but he moved to make clear that there was no ulterior motive behind a decision to wait until the end of the year to finalise details of a new contract.

“I gather that is out there that there has been a debate on that subject,” he said about questions regarding his future.

“I’ve been with Mercedes for 22 years now, either working for them or with them, so I have got no reason to see why that should change. It is going very well.

"Toto and I had a discussion that, let’s wait until the end of the season and get that out of the way, and we will take it from there.”