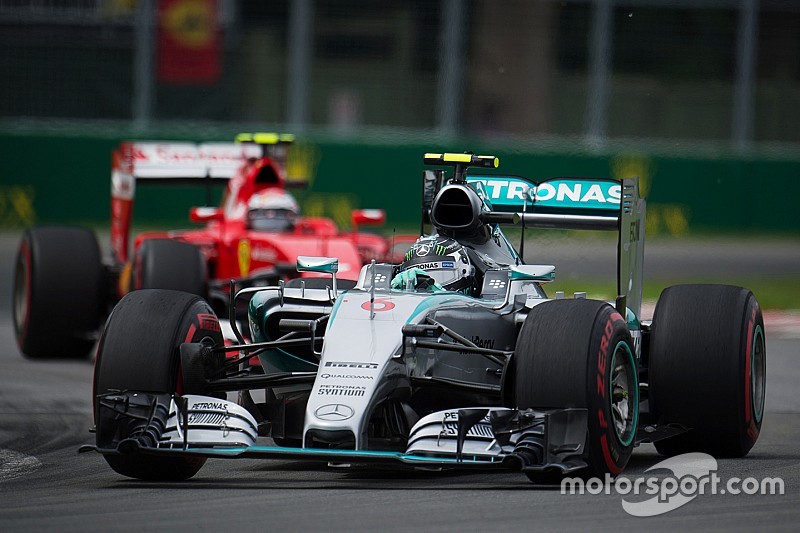 Mercedes says it is too early to declare that Ferrari's engine upgrades did not deliver the step the team needed, despite being beaten at the Canadian Grand Prix.

Ferrari elected to use some of its engine development tokens ahead of the Montreal race in a bid to close down the gap to championship leader Mercedes.

But reliability problems for Sebastian Vettel in qualifying, and a spin caused by an aggressive engine map for Kimi Raikkonen, meant that the team failed to finish on the podium for the first time this year.

Mercedes motorsport boss Toto Wolff insists that the outcome of the race should not be judged to be the limit of Ferrari's potential.

"I think we must not underestimate the upgrade they have brought because we have seen a very strong pace on the Friday," he said, referring to the long run form of the team.

"Maybe these [new] bits made it on to the car or not in the mapping they would have wanted to run, so my assumption without really knowing it it is we haven't seen the best of Ferrari.

"Sebastian had a very difficult Saturday and started from the very back. He had a messy race with a shunt with [Nico] Hulkenberg, and ran into backmarker traffic.

"Kimi obviously spun and that does not make a two-stop work. So let's not underestimate them. I think they will bounce back strong in Austria."

Ferrari not looking for Raikkonen replacement