Mercedes has brought further updates for the Formula 1 grand prix in China, debuting a brand new endplate design for the third race of 2019.

By:
Giorgio Piola
Co-author:
Jake Boxall-Legge
Listen to this article

Having started pre-season testing with a launch spec that had an endplate that appeared to direct airflow inwards, Mercedes switched to its race-spec front wing design for the second week which aimed to recoup the commonly-exploited outwash effect.

This came with a small rectangular cutout in the top corner closest to the wheel, helping air to rotate and spill out around the front tyres.

The team has now built on this concept, seeking to develop that outwash further without compromising on its front wing ethos, which draws more downforce from the outboard portions.

As seen from Giorgio Piola's exclusive shots from the Shanghai pitlane, the length of the endplate has been cut away slightly to produce a curved trailing edge.

This leaves the trailing edge corner of the uppermost element exposed, opening up the space between the wing and the front tyre.

As a result, the outwash effect can be observed much earlier, and the exposed element generates a stronger tip vortex as a result of the high pressure flow on top having the chance to roll underneath into the low pressure area.

While this trims the overall downforce output, the oncoming airflow can turn the tip vortex around the front wheel to strengthen the desired outwash effect.

The two allowable strakes on the underside of the wing are also positioned far outboard, helping to further enhance the effect of pushing rotational airflow around the car, which also counts on the footplate ending earlier on the endplate's geometry.

Red Bull conducted back-to-back testing of front wings during the Bahrain tests, and have emerged in China with the specification used during the race weekend at Sakhir.

That specification featured a small slit on the inboard side of the third wing element, where the top two flaps were also truncated slightly to manage vorticity further along.

This was tested against the launch spec wing, where those top two elements extended further downwards - while the endplate featured a small cutout, unlike the eventual Bahrain specification. 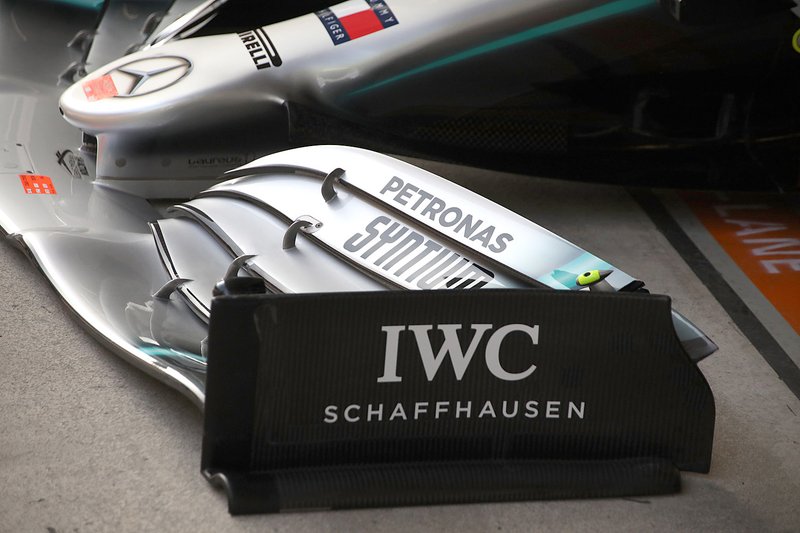