Mercedes needs to 'hit back hard' in Monaco - Wolff 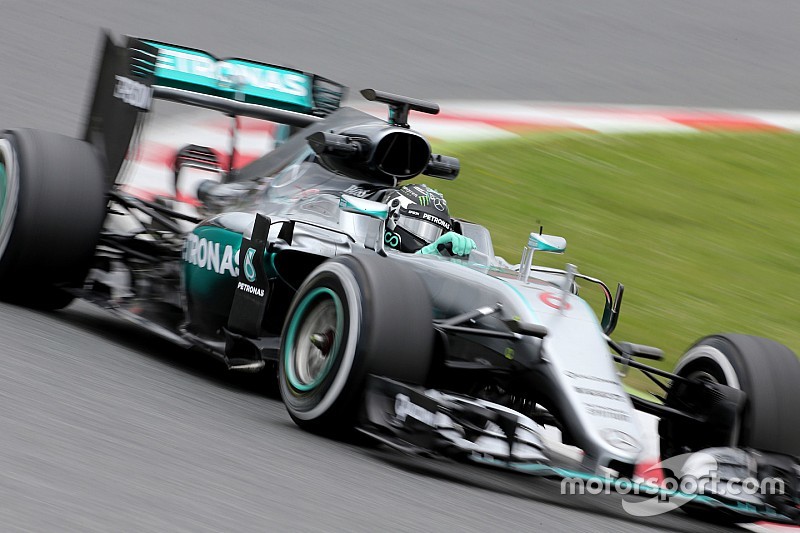 Mercedes boss Toto Wolff says his team needs to 'hit back hard' in Monaco this weekend to show that it has moved on from the collision between Nico Rosberg and Lewis Hamilton at the Spanish Grand Prix.

Rosberg and Hamilton came together as they battled for the lead at Barcelona, which opened the way for Red Bull's Max Verstappen to take his first win in F1.

Having discussed the incident behind closed doors, Wolff is confident that both drivers have learned from what happened and that the fallout will not affect the team's efforts to stop Red Bull and Ferrari taking more triumphs.

"Clearly, Barcelona was tough to take," said Wolff on Monday. "We came away upset at an opportunity missed - but this is racing. The drivers know how we operate.

"When we let them down, we apologise to and the same goes the other way. It's a pretty normal culture - we deal with setbacks together and we move on. Now, we go to Monaco and a very different challenge."

He added: "Once again, we have seen our competitors make steps forward which have given us an even bigger battle on our hands. Red Bull came out on top in Barcelona after a close fight with Ferrari, so it's clear that we are under attack from more than one angle.

"We cannot afford to drop the ball, so we must remain united, remain strong and hit back hard this weekend."

Hamilton believes that key for Mercedes is in not letting what happened at the Spanish GP cloud how the team operates in Monaco.

"Barcelona was the worst feeling but, like I always say, the true test is how you get back up when you've been knocked down," he said. "It was a tough moment for all of us after the race but it's now chapter closed and looking ahead to Monaco."

Rosberg added: "I was gutted after what happened in Spain - for myself, but mostly for the team. We're in this together and I know how hard everybody works to make these amazing cars, so for us to leave them both in the gravel is the worst possible scenario. But we've talked it through and now it's time to leave it in the past."

Video analysis: How different will F1 cars be in 2017

F1 Heineken deal tipped to be 'game-changer' for fans