Mercedes' Formula 1 cars will run with red halos during the Monaco Grand Prix weekend as an addition to the tributes to Niki Lauda it has already revealed.

The team reacted to the death of its non-executive chairman in the build-up to the Monte Carlo race by quickly arranging several branding, which appeared in Thursday practice.

"Danke Niki" and Lauda's signature were present on the noses of the cars of Lewis Hamilton and Valtteri Bottas, while one of the stars on the engine cover has been made red.

The team promised further elements later in the week once it had more time, and that has now been revealed to be making the top element of the halo red instead of black.

There is also a message inside the halo, with a couple more additions expected on Sunday for the race.

Lauda's former team McLaren, which he won the last of his three titles with, is also running stickers in tribute this week.

It has the message "#RIPNiki" on the side of the nose and a tribute to Lauda and his '84 title win inside a laurel wreath on the airbox. 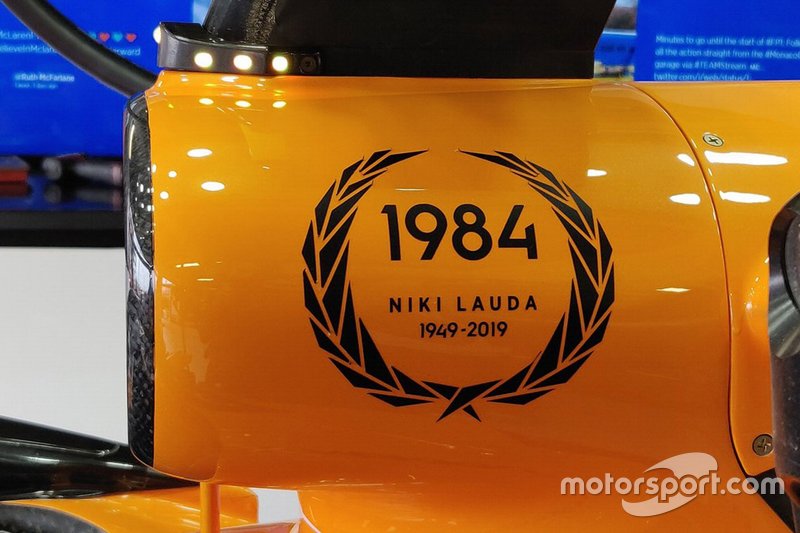 Webber: Ferrari may need to consider writing off 2019 soon