Mercedes says it has unlocked a "really promising" theory about its W12 Formula 1 car that could help it turnaround its recent struggles.

The world champion outfit has endured two tough races in Monaco and Baku, where it has not had the pace of main title rival Red Bull.

A spate of other problems, including a botched pitstop in Monaco and Lewis Hamilton accidentally hitting his 'magic button' in Baku, left team boss Toto Wolff claiming the outfit's performances were "unacceptable".

But hidden away among the frustration of the results is the fact that the team believes it has unlocked a better understanding of its car, which bodes well for it mounting a fightback.

Mercedes technology director Mike Elliot has revealed that Mercedes has taken away from the Baku weekend a "promising" answer about its woes which it discovered after the struggles it faced in Friday practice.

"We went into this weekend knowing we were going to have some issues but probably not quite expecting to be where we were come P2 on Friday," he said in the team's regular post-race video debrief.

"What we put in place was a series of tests to try and get more understanding. And actually out of that have come a couple of theories, one that is really promising.

"Unfortunately, the test that we did didn't happen until FP3, and it was after we had done the long runs, so while we found good pace for qualifying, we probably didn't get the best setup around that for the race weekend and the actual race itself.

"The other thing to bear in mind is both this circuit and Monaco are probably outliers and actually we'd hope not to have some of the issues we've had in the next couple of races. Fingers crossed; we will be in a better position." 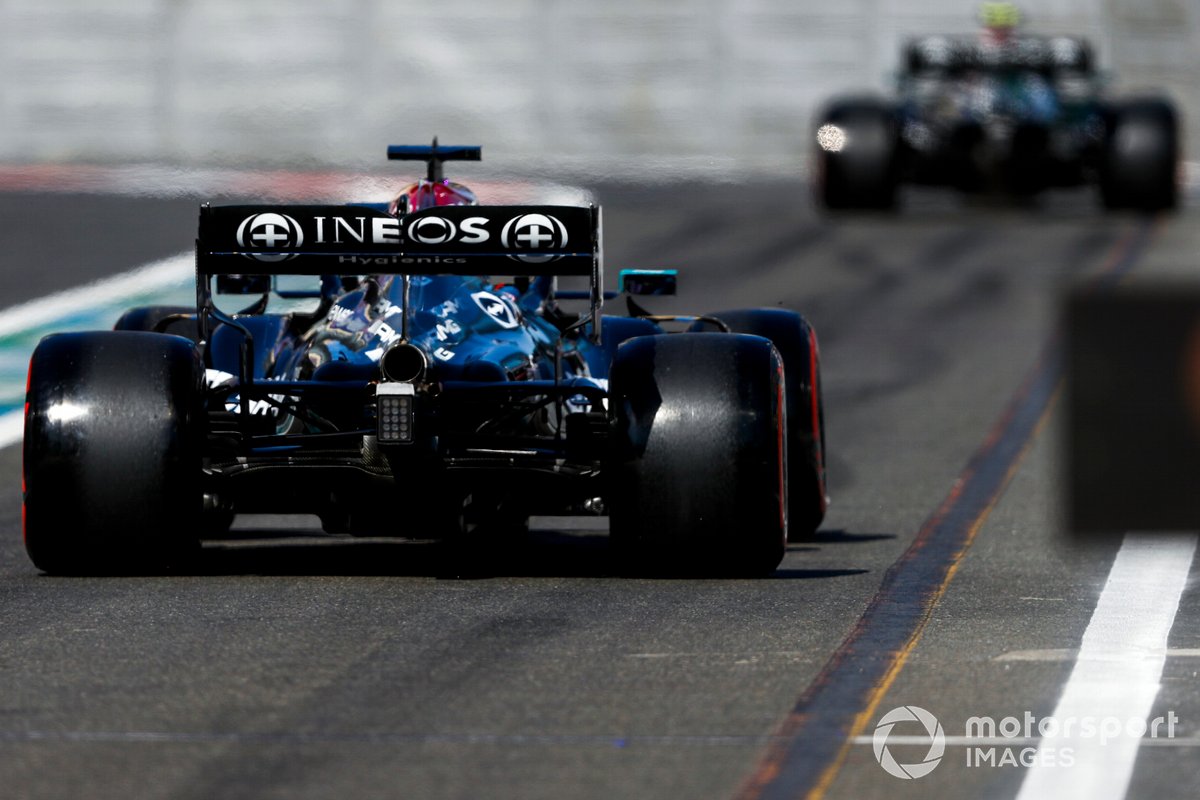 Elliot explained that the core of the difficulties that Mercedes endured in Baku were related to struggles warming the front tyres up.

"I think at this circuit one of the difficulties is getting the warm-up of the front tyre, and it is also a circuit where you need to have real confidence. The walls are really close and if you get it wrong you are going to put it into the wall," he explained.

"If you get more heat into the tyres you get a bit more grip and you can go faster. So you end up with this sort of positive spiral that I mentioned before.

"If I look at the weekend, I think Lewis found a little step in FP3 with setup and that seemed to help him find a little bit more from the car.

"All of a sudden we went from struggling a bit, to being really in the front runners on the pace and Lewis took that all the way through qualifying. The lap he set in Q3 to be second, it wasn't one lap. He was actually quick all through qualifying.

"With Valtteri, I think Valtteri just didn't get to that position. He didn't find that, sort of, last little bit of confidence to be in that positive spiral in the same way."