Mercedes has "not seen Valtteri Bottas as relaxed as he is now" since signing an Alfa Romeo deal for 2022, according to the Formula 1 team's trackside engineering director Andrew Shovlin.

In early September Mercedes announced it had signed Williams' George Russell to partner Lewis Hamilton for 2022 and beyond, with Valtteri Bottas moving to Alfa Romeo on a multi-year deal.

Ever since the deal was announced, Bottas has seemingly been flourishing, taking his first win of the campaign in Turkey and scoring three poles in addition to two sprint race wins.

Bottas admitted that his long-term contract with Alfa Romeo "felt almost like a weight lifted off the shoulders", having signed his first proper multi-year deal in F1 instead of having to fight for his seat at both Williams and Mercedes.

When asked if Mercedes had seen a change in Bottas, the Brackley outfit's trackside engineering director Shovlin admitted that he hadn't seen the Finn "as relaxed" as he is now.

"Valtteri has always had a lot of a lot of speed there," Shovlin told Sky Sports F1 in Qatar.

"I think as he said, knowing what his future is, having a long-term contract has been quite a big thing.

"He's just driving because he loves driving and the car's working well, and he's having a lot of fun out there, so we've not seen Valtteri as relaxed as he is now.

"And he's doing a brilliant job for us, so we're happy." 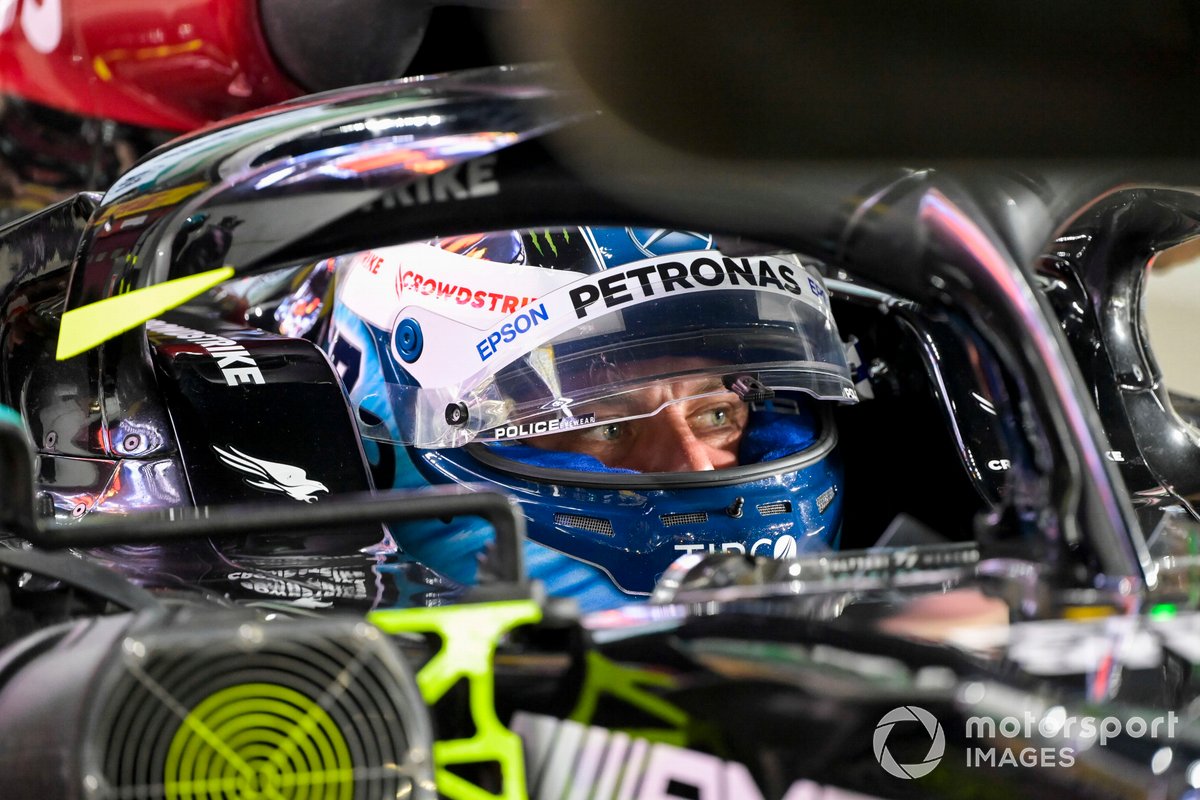 As teammate Hamilton conceded he was off the pace on Friday, Bottas led the way in the Qatar Grand Prix's second practice session, which is most representative of qualifying and race conditions at Losail's inaugural F1 night race.

Shovlin said "Valtteri looked like the man out there" and is confident Hamilton will get more comfortable with his Mercedes W12 on Saturday.

"Valtteri was quick on a single lap, very good on a long run," he added.

"And if the car's working well, then we'll get the car working well with Lewis. So for us, it's been an encouraging Friday from that point of view.

"It's a new circuit for us; we do a lot of simulation work and then you put the car on track and the big question is does simulation match what we're seeing on the circuit.

"The car's working well, happily, it's coming about where we expected to be honest. And Valtteri has had a really, really strong day from him. So overall, yeah, we're pretty pleased with it."