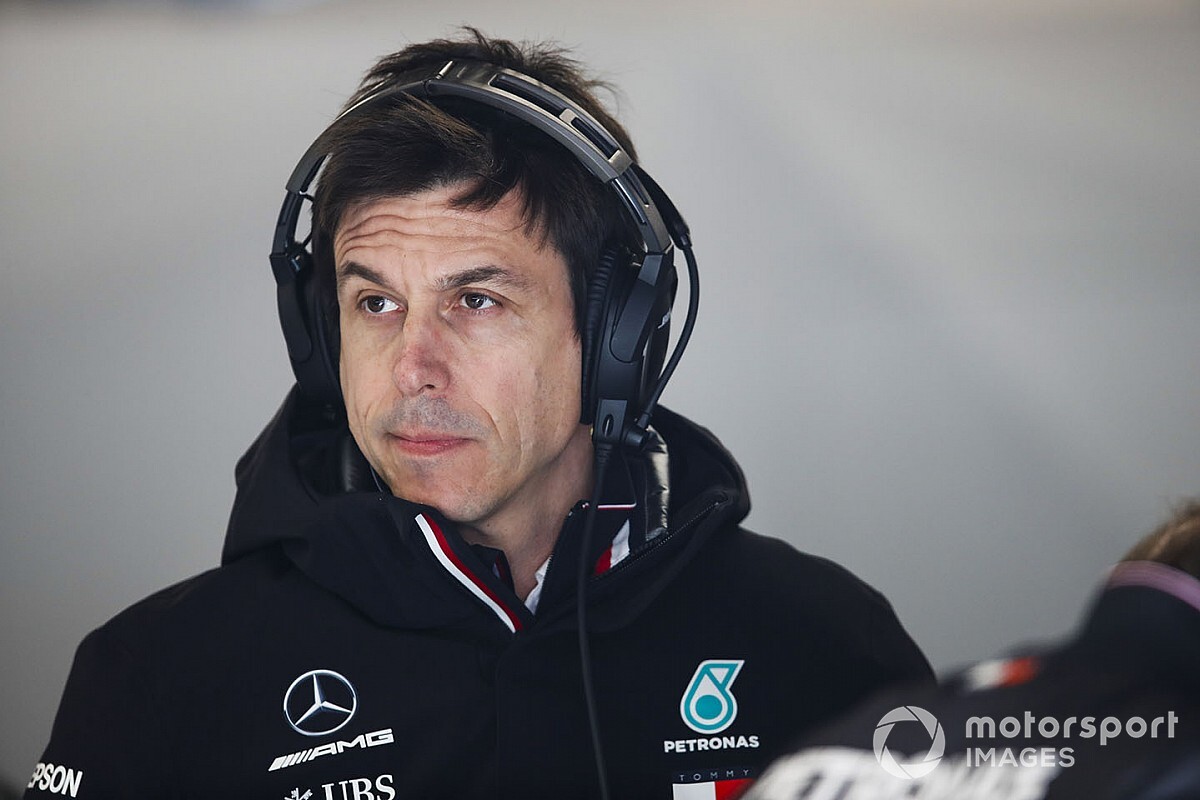 Mercedes has made it clear that it fully plans to remain in Formula 1 as a 'works team' and will continue with current team principal Toto Wolff beyond 2020.

The world champion outfit is contracted to race in F1 until the end of the 2020 season, but reports in Germany this week suggested that the car manufacturer was about to wind down its official involvement and sell shares to Aston Martin.

The stories also suggested that Wolff had decided to step down from his role as team principal after 2020 and take a non-executive role, similar to that previously held by Niki Lauda.

But Mercedes' parent company, Daimler, has hit back at those reports, dismissing them as speculation and stressing its intention to remain in F1 under Wolff.

Motorsport.com understands that Wolff has yet to decide exactly what role he will take in the future. Options could include continuing running the team like now, taking a more senior position and handing over to someone else, or beginning a transition phase to find a replacement.

While the specifics of that have not been finalised, there appears to be no doubt that, even if his responsibilities change, he will retain a senior executive position at the F1 team.

A statement from Mercedes said: "Speculation regarding a potential withdrawal from Formula 1 continues to be unfounded and irresponsible.

"The sport has taken the right measures to address the consequences of the COVID-19 pandemic and its future financial sustainability, and we welcome these steps.

"It is our clear intention to continue competing in Formula 1 as a Mercedes-Benz works team in the years to come, and to do so with our managing partner Toto Wolff."

Wolff's current contract as Mercedes' F1 team principal expires at the end of 2020, and he has been in talks with the Daimler board over a new deal. Moves to finalise the plan are not expected to be sorted until after the coronavirus pandemic has passed.

One possibility is for Wolff to remain as team principal but step back from such an intense schedule by not attending all races.

Wolff missed his first race in six years when he did not attend last year's Brazilian Grand Prix. His on-the-ground duties were taken over by technical director James Allison.

Wolff said the exercise was an "experiment" to see how he could cope with being away from the team if he decided to miss more races in the future.

Following news of a private investment he made in the Aston Martin road car company last month, Wolff stressed he remained committed to Mercedes' F1 project and that "nothing will change in the short-term".

Mercedes returned to F1 with a works team in 2010, and has gone on to win a record-breaking six consecutive drivers' and constructors' championship doubles since 2014.

The German manufacturer also supplies engines to the Racing Point and Williams teams, and will bring McLaren on board as a third customer team from 2021.

While manufacturers are braced for the economic impact of the COVID-19 pandemic, a raft of cost saving measures aimed at making F1 more sustainable will arrive in 2021.