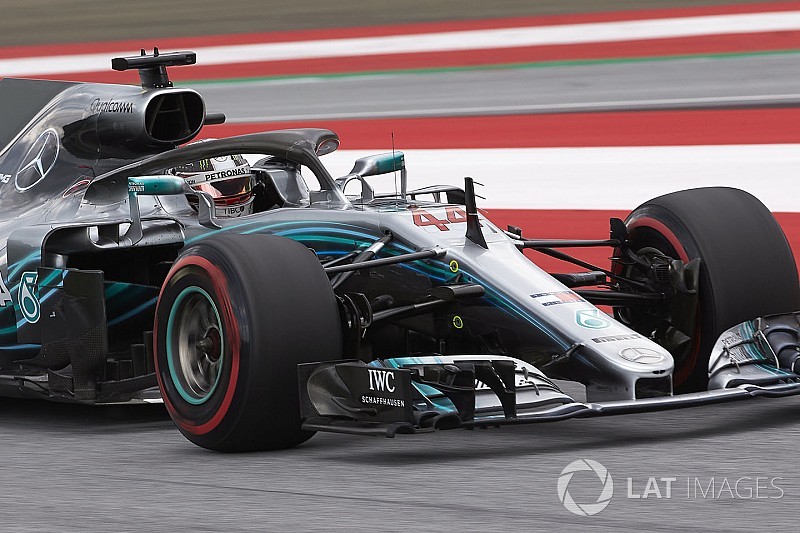 Toto Wolff has explained Mercedes' thought process that led to the ultimately erroneous decision not to bring Lewis Hamilton into the pits during an Austrian Grand Prix virtual safety car.

The virtual safety car was triggered by a mechanical failure for Hamilton's teammate Valtteri Bottas, and saw all frontrunners except Hamilton pit.

Hamilton lost out massively – the team told him that he would have to make up eight seconds on the track – but later it became academic as he retired with a loss of fuel pressure.

Team boss Wolff admitted that Mercedes had simply thought too hard about what do with Hamilton when the VSC came out, instead making a more instinctive reaction and bringing him in.

“We've just discussed it, and what I think happened was we were running one and two and controlling the race, and suddenly you see your second car stopping," he recalled.

"The VSC came out, we had half a lap to react, and we didn't. Fact. This is where we lost the race.

“At that stage of the race with the VSC, pitting is probably 80% the thing you need to do. With one car out there against two others, the thinking process that happened was, ‘What would happen if the others pitted [only] a car?’.

“We would come out behind Kimi, because they would leave Kimi out, and behind Max. What would that mean for the race?

"That whole thinking loop, I wouldn’t say distracted us, but we spent too much time on that.”

Wolff has called the Austrian GP “his most painful day” in the job – and suggested that it was even worse than Mercedes' most recent double retirement, the 2016 Spanish GP, when Hamilton and Nico Rosberg crashed out of the race on the first lap.

“I guess that was a major wake-up call,” said Wolff. “For me, the most painful day in my years at Mercedes, worse than Barcelona.

“I had plenty of people coming to see me before the start and saying, ‘This was going to be a walk in the park, 1-2, you have the quickest car.’

"This is exactly how motor racing can go. It can be very, very cruel and I think we had all the cruelty go against us today.”

Wolff admitted that the team was surprised by the tyre issues that hit most of the top runners in the race, when conditions were much warmer than in practice.

Hamilton struggled so much that he was forced to make a second pitstop.

“The only ones who didn't have the tyre problems were the Ferraris, but all others suffered from heavy blistering and that was definitely not something that we expected.

“I think it was 10 degrees hotter than planned, but I guess it was due to the fact that everyone who suffered from the blistering was attacking.

He stressed that neither of the retirements were related to the recent power unit upgrades.

“It's nothing to do with the reliability of the engine as far as we can see. We had a hydraulic leak that was to the steering of Valtteri and we had a drop in fuel pressure on Lewis’s car which was linked to the fuel system.

"This is our current understanding. So no regrets on introducing the engine.”

Stroll hit with penalty for holding up Perez