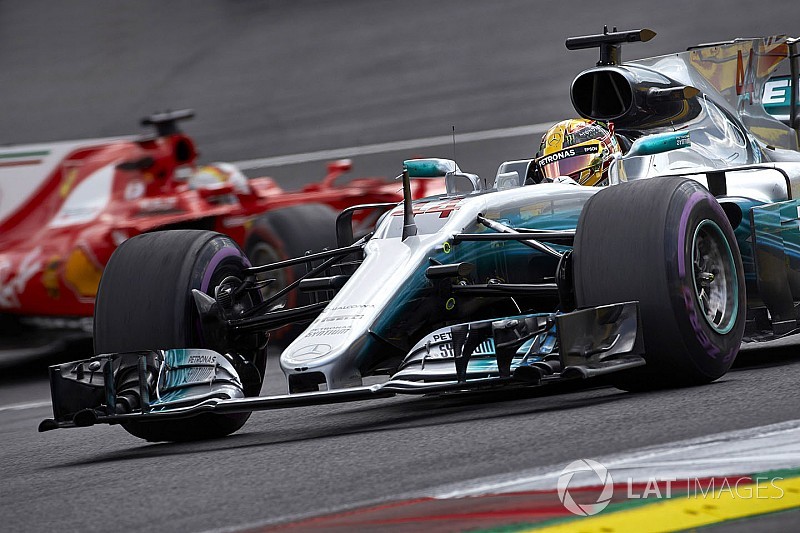 Mercedes has dismissed suggestions that the damage that Lewis Hamilton's gearbox suffered at the Azerbaijan Grand Prix was caused by the impact he took from Sebastian Vettel in the race.

Vettel ran into the back of Hamilton's Mercedes ahead of the second safety car restart at Baku a fortnight ago.

At the time, Vettel felt he had been brake-tested and in his anger pulled alongside the Briton and swerved into his car – earning himself a 10-second stop-go penalty. Hamilton was later shown to have done nothing wrong.

During the low-speed initial collision between the Ferrari and the Mercedes, Vettel's front wing was damaged, but he had the good fortune to be able to replace it during a subsequent red flag period.

Hamilton's floor was damaged too, though, which necessitated some urgent repairs during the red flag break - although the aerodynamics were still affected during the remainder of the grand prix.

Following factory analysis of the car after the Azerbaijan weekend, however, Mercedes found some damage to the gearbox and, earlier this week, it decided that it would be better to change it for this weekend rather than risk it failing.

It has meant a five-place grid penalty for the Austrian Grand Prix because Hamilton's gearbox has not lasted the mandatory six races it needs to.

Coming so close to the Baku event – and especially the fact that Hamilton had suffered a rear-end impact – there were theories that the gearbox issue could have been as a consequence of the Ferrari clash.

But with Mercedes suspecting that if the damage had been caused by the Vettel impact it would have failed at the time, it is confident there is no link.

When asked about the idea of the gearbox damage having been caused by Vettel's crash, a Mercedes spokesman said: "We can rule this out."