Mercedes reveals cause of radio meltdown 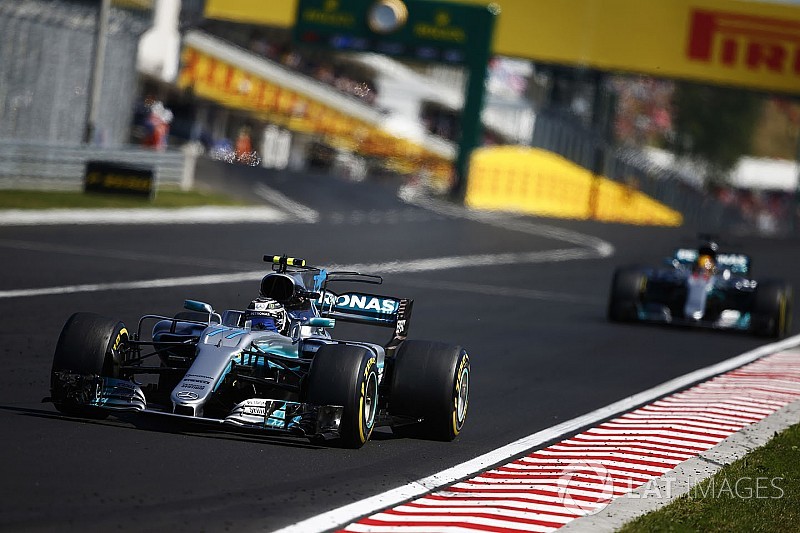 Mercedes has revealed that a cracked fibre optic cable was the cause of the pitwall meltdown that left it with patchy team radio and lack of data during the Hungarian Grand Prix.

Lewis Hamilton and Valtteri Bottas' efforts at the Hungaroring were compromised when Mercedes lost much of its communications and data systems.

And although it managed to muddle through, thanks to extra help from its engineers back in Britain, the team was slightly compromised in terms of being able to capitalise on the difficult situation Ferrari found itself in.

Asked if the team had got to the bottom of what happened on the pit wall, Mercedes boss Toto Wolff said: "It was a local hardware issue. We found a crack in a fibre optic cable, that made us fly blind.

"Our whole comms and data systems broke down .We didn't have any communications on the 'Fantasy Island' - that is the middle thing we have – and on the pit wall.

Wolff praised the efforts of those helping away from the track to keep its pit wall as up-to-date as possible with what was going on.

"It was an incredible team play," he said. "We had lots of people in Brackley and in Brixworth who were our redundancy systems, feeding us massive amounts of information over to us on the radio.

"At times there were six or seven different people speaking to James [Vowles, Mercedes strategist] and we were trying to make the right decisions. That was a really great team effort."

While Hamilton suggested over the radio that the loss of communication meant the timing of their pitstop was not ideal, Wolff also reckoned that if things had been working better it may have switched drivers earlier afterwards too.

"We could have had it a couple of laps earlier because he [Hamilton] told us he could have gone much quicker. He even said his tyres were in good shape the first set, and we could have tried to leave him out.

"That could have had a potentially massive outcome on the race as we were so close to the Ferraris in the end. But if and whens don't win you races."

Steiner: Magnussen right to stand up to "bully" Hulkenberg