Mercedes has explained it only went ahead with its British Grand Prix victory celebrations because it had been told by Red Bull and the FIA that Max Verstappen was uninjured.

The way in which Lewis Hamilton and the Mercedes team joyfully celebrated their Formula 1 triumph at Silverstone last weekend drew criticism from rival Red Bull.

With Verstappen having been transferred to a nearby hospital for precautionary checks after his opening lap crash, the Milton Keynes-based team was furious that its rival seemed so happy after the event.

Red Bull motorsport advisor Helmut Marko said that the behaviour showed "the style" of Mercedes, while Verstappen tweeted that Hamilton had been "disrespectful".

But Mercedes has now made clear that it received information from senior figures at Red Bull, plus the FIA, that Verstappen was okay, so it felt that there was no need to scrap its celebrations.

Speaking exclusively to Motorsport.com about the nature of the post-race reaction, Mercedes team boss Toto Wolff said: "It's important to understand all the feedback that we received.

"We had the feedback from senior management of Red Bull that Max was fine. Christian [Horner] mentioned it to [F1 race director] Michael Masi on the intercom that he's unharmed and fine, and the FIA gave us similar feedback.

"So at no point would we have celebrated if Max would have been injured. And I think that's very important to understand." 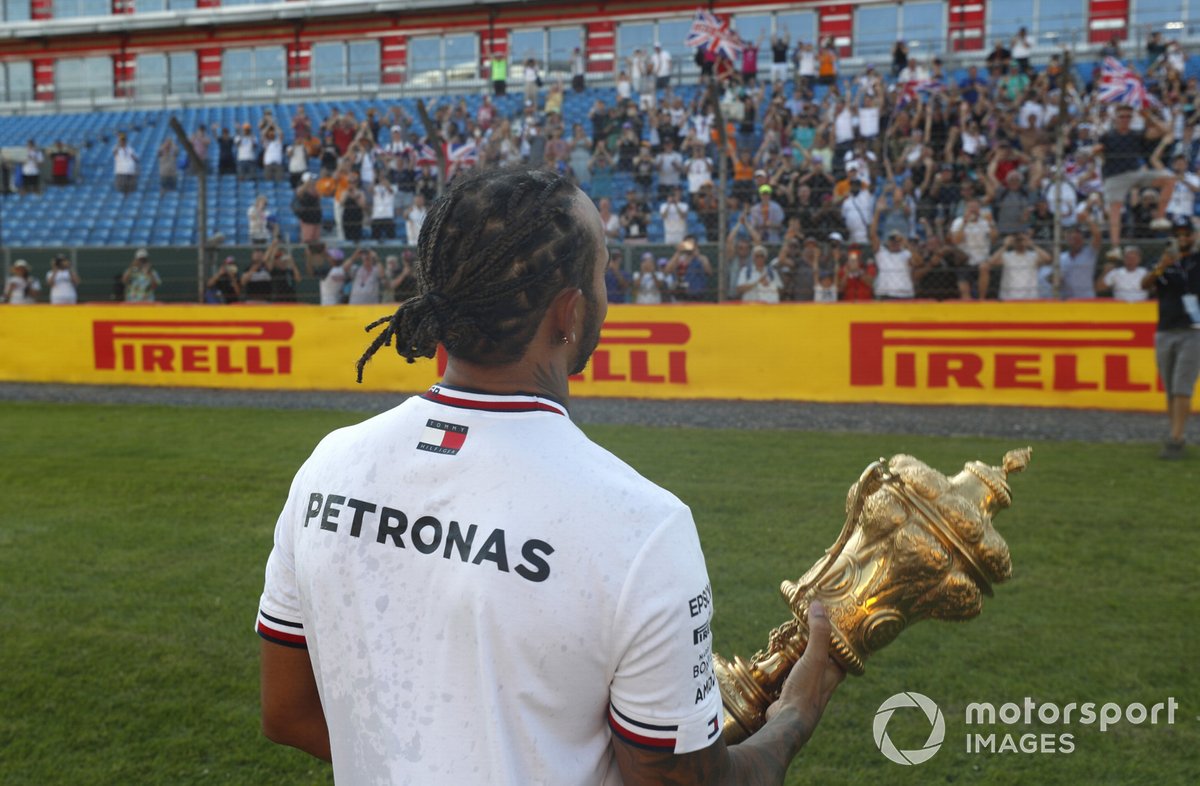 Race winner Lewis Hamilton, Mercedes, celebrates after the race with his trophy

Wolff has confirmed that Hamilton was unaware that Verstappen had been taken to hospital for checks until it was mentioned to him in post-race television interviews.

However, he says that the world champion had made sure his rival was okay in the immediate aftermath of the accident – and the post-race update from Red Bull personnel and the FIA meant Mercedes saw no reason for them to give their driver updated information.

Asked to clarify if Hamilton had been given up update before the podium celebrations about Verstappen being checked in hospital, Wolff said: "The only information we got was that Max was fine, and that's why there was no need to further elaborate to Lewis."

While Hamilton's celebrations in front of his home crowd were joyous, Wolff said it was important to recognise how much the triumph was valued after the recent run of Red Bull success.

But he remains adamant that his rivals went too far in the nature of their criticisms following the race.

"We must not forget that we won a grand prix after five negative weekends," added Wolff. "It was Lewis winning the British Grand Prix, and it's clear that that makes the emotions go high.

"As far as the comments that were made, sometimes defamatory, sometimes very personal, I think everyone needs to do it their way. We just see it, but from my standpoint, there is nothing really to say to that."