Mercedes thinks that repeat gearbox problems on its W11 would be inevitable with its current car configuration, after revealing that a build-up of electrical noise is triggering its issues. 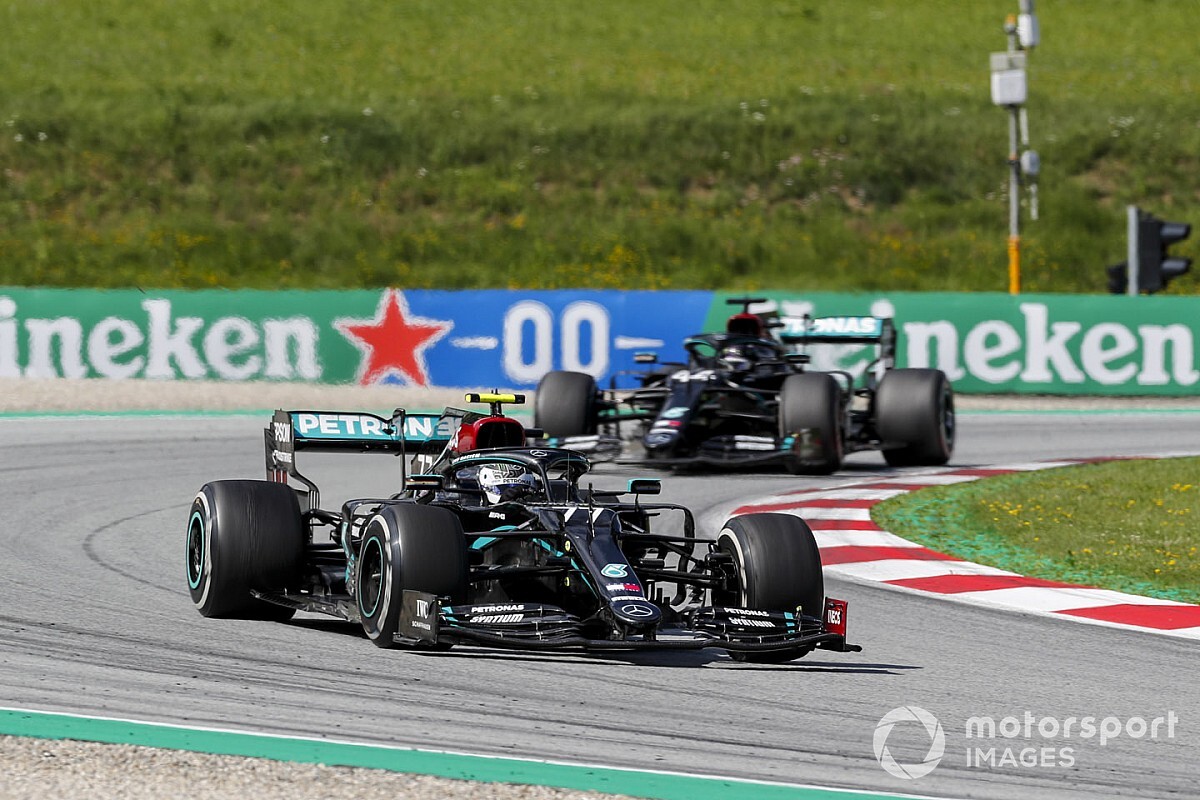 With the team still chasing a solution to the difficulties that affected both Valtteri Bottas and Lewis Hamilton at the Red Bull Ring, it has emerged that the matter is not directly related to the mechanical aspects of the gearbox.

Instead, a combination of the layout of the W11 internals, plus the vibrations put through the car by the kerbs in Austria, are causing a perfect storm of trouble for the German car manufacturer.

Mercedes trackside engineering director Andrew Shovlin says that the gearbox problems in Austria were not a one-off in the race, and are something that the team was battling with throughout the first weekend.

"We were we were aware of it on Friday, when you saw that Valtteri had an issue at the end of one of the sessions," said Shovlin. "So that that was the first sign that we had a problem.

"We've had recurrent issues over the course of Saturday. And going into the race, we were expecting it because it seems to be a feature of the model.

"So at the moment, if we build the car and run it, this problem will appear at some point. It's a question of how soon."

Shovlin explained that the cause of the problems is related to a build-up of electrical interference within the car systems, which ultimately begin to impact on the gearbox and its sensors.

"It's not manifesting itself as one thing," he said. "It's basically a buildup of electrical noise.

"That starts to interfere with the various systems. With Valtteri, we saw this around halfway through the race. It got progressively worse with Lewis, and it appeared later.

"But it's an electrical noise that's then affecting a lot of different things."

Mercedes is still looking at what changes it can make to its car for this weekend's Styrian GP in a bid to minimise the electrical noise problem.

While changes may require modifications to the gearbox, it is understood it will not require a totally new gearbox design.