Mercedes says recent victories have eased fears that its early switch to development of its 2022 Formula 1 car could trigger a performance slump by now.

F1 teams have had to balance work on this year's cars against the efforts needed to maximise the potential of next season's challengers.

And while Red Bull pushed on until well in to the season with upgrades to its RB16B, Mercedes decided to wind down work on its W12 quite early to focus on its future project.

The team felt that it could not risk falling behind with the 2022 car, even though it acknowledged there was a danger of being out-developed on track this year.

But, although Red Bull did enjoy a phase before the summer break where it was the clear pace-setter, since the Belgian Grand Prix Mercedes has turned things around.

Valtteri Bottas won the sprint race at Monza before claiming victory at the Turkish Grand Prix, while Lewis Hamilton came out on top in Russia.

For Mercedes, more important than the results is the fact that the team remains so competitive, as this was the phase of the campaign where it was worried it could be left on the back foot.

Trackside engineering director Andrew Shovlin said: "We've had a run of good form in the dry, and we've shown good pace in the wet, and it looks like a car that can win championships.

"If you go back to the early part of the year with the decisions that were taken on development, trying to balance the two years, one of our worries was at this end of the year, are we still going to be able to stick the car on pole, to get a front-row lockout, and to control a race?

"It's really reassuring that we're getting into the last six and we've shown we've got a package that can out qualify them [Red Bull] on a Saturday and outrace them on a Sunday." 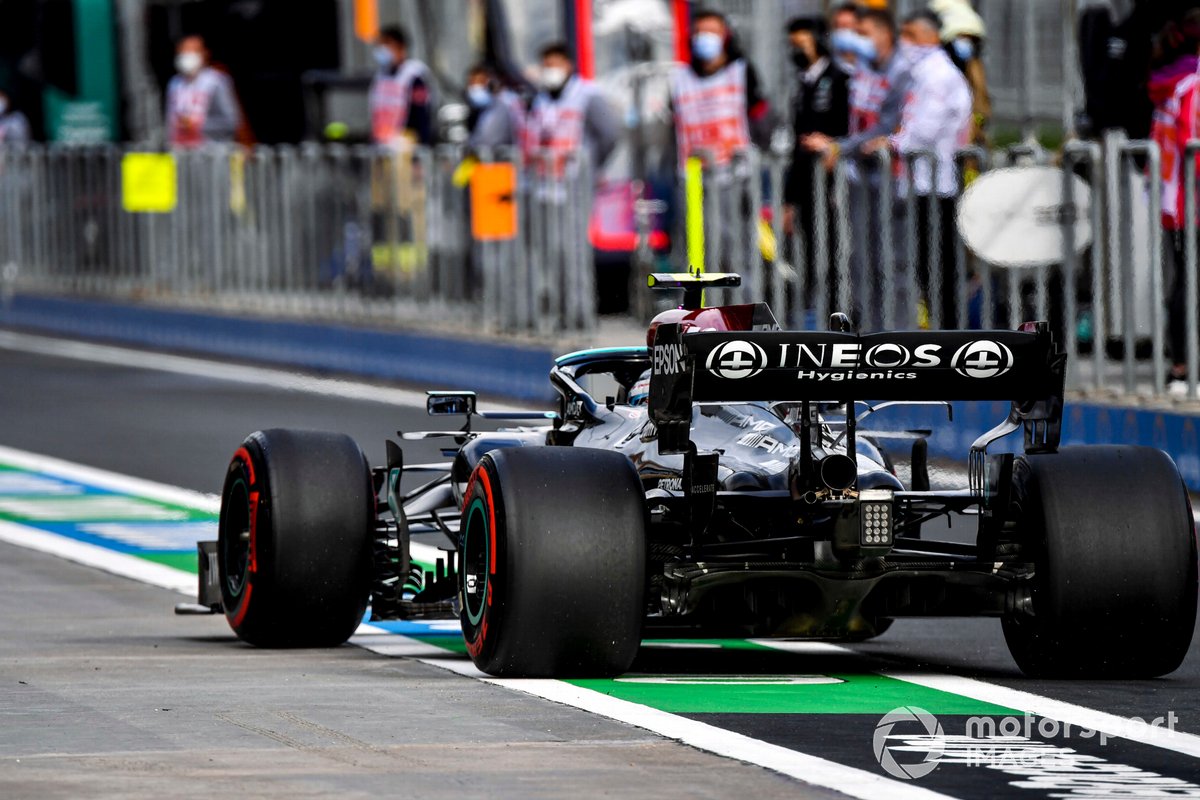 However, although the indications look positive, the team has suggested that a 'Goldilocks' scenario with its tyres in Turkey has left it mindful that its pace may not be as strong everywhere against Red Bull.

Chief technical officer James Allison concedes that Mercedes' form in Turkey was potentially flattered by it finding its tyres were in a sweet spot all weekend, rather than suffering a handling imbalance like other outfits.

"One of our engineers this weekend spoke about the tyres as being in a sort of Goldilocks place this weekend: not too hot, not too cold on an asphalt that is particularly picky," he said.

"We knew that we were very strong but we also knew that the margins between this strength and being more average were quite slender. A few degrees here or there and we could have been out to the Goldilocks zone on the hot or the cold side.

"So, it was a very good performance, the car was very well balanced, we didn't seem to suffer as much from the understeer that was fairly prevalent up and down the pit lane this weekend. But I don't think you could read that automatically into the races to come."

Allison believes a much better indication of the team's potential against Red Bull comes from looking at the trend of most recent events – with his squad having only really been behind at the Dutch Grand Prix.

"In Silverstone we put a decent upgrade package on our car, and it has sort of made our season a happier place," he said.

"In the races since then, I think there has only been one where we were comprehensively beaten and that was Zandvoort. On the others I think arguably we have shaded it with the quickest car and in a couple of places, like Istanbul and Sochi, we were proper good. Monza too, good as well.

"On average I think we have shaded it but in most of those places where we have been the quicker car, it has been more of a sort of coin toss than a sort of guarantee. What I think that means is that we at least are in the fight."