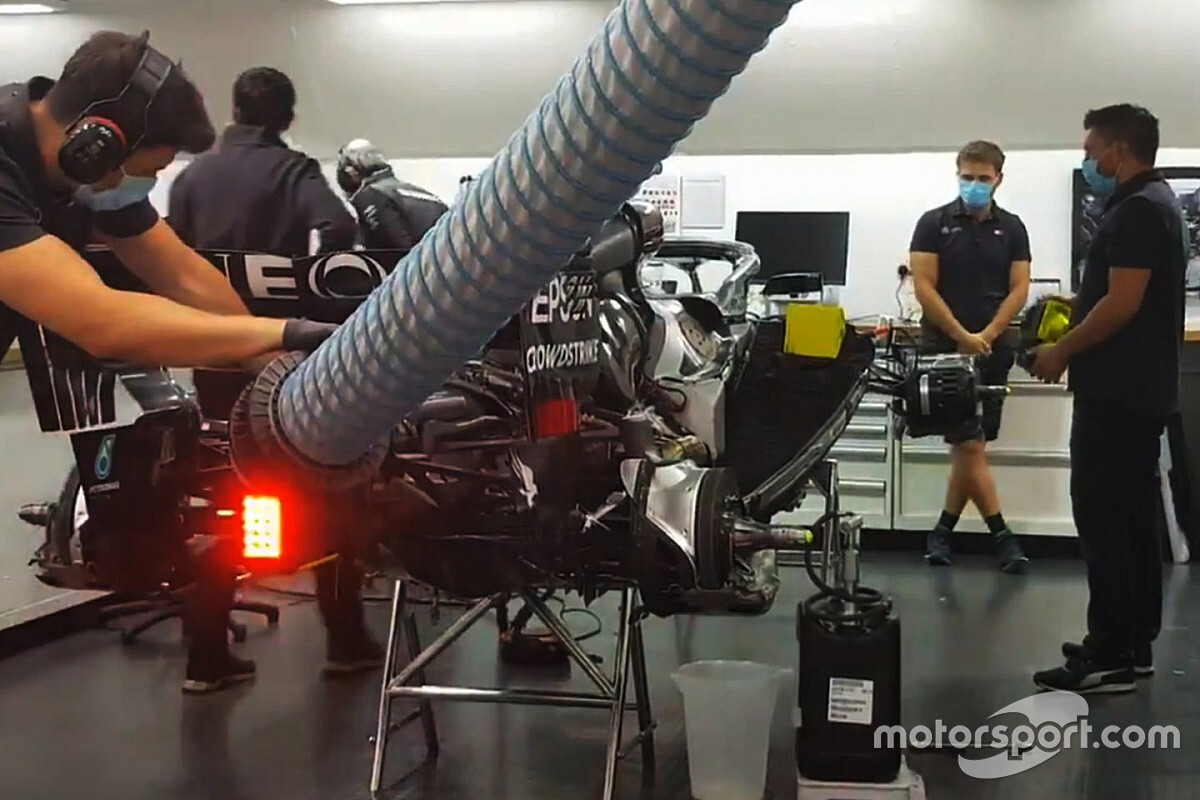 Formula 1's new reality of mandatory face masks and social distancing were shown first hand on Monday, when Mercedes fired up a car for the first time in months.

Ahead of the team's two-day test at Silverstone this week, aimed at helping prepare protocols for the season-opening Austrian Grand Prix next month, the German car manufacturer has been making final preparations to run its 2018 W09.

As part of that effort, it fired up its car at its Brackley headquarters to ensure everything was ready for Tuesday's first run on track.

But while the sound of the V6 turbo hybrid engine was familiar, the team personnel working around the car were operating in an all-new way.

Rather than crowding around the back end of the W09, as is normal procedure on such occasions, the team members were trying as best they could to main a social distance apart.

Furthermore, each of them was wearing a face mask – something which will become the norm at F1 races for a while.

Valtteri Bottas and Lewis Hamilton will get one day of running each in the 2018 Mercedes to get themselves back up to speed, while the team also gets used to the new protocols in place.

Both drivers had to arrive in the UK ahead of Monday's imposition of a 14-day quarantine on arrivals so they were free to go to Silverstone.

When a Hamilton mishap handed Kubica a win