Mercedes says fears about Lewis Hamilton definitely needing to take another Formula 1 engine change penalty this year are fading, amid confidence it has now “solved” its main reliability concern.

The German manufacturer has been battling some durability issues with its internal combustion engine, which has prompted its own works team and customer squads to take grid penalties in recent events.

With Valtteri Bottas already on to his sixth ICE, the title prospects of Hamilton could be affected hugely if he needed to take extra power units in the closing stages of his championship fight with Red Bull rival Max Verstappen.

But speaking at the Mexican Grand Prix, Mercedes team boss Toto Wolff said that the team was confident it would not need to make a change this weekend – and it was feeling better that it could avoid a penalty entirely before the end of the season.

“I think we're feeling more robust about one particular issue that seems to be solved,” he explained. 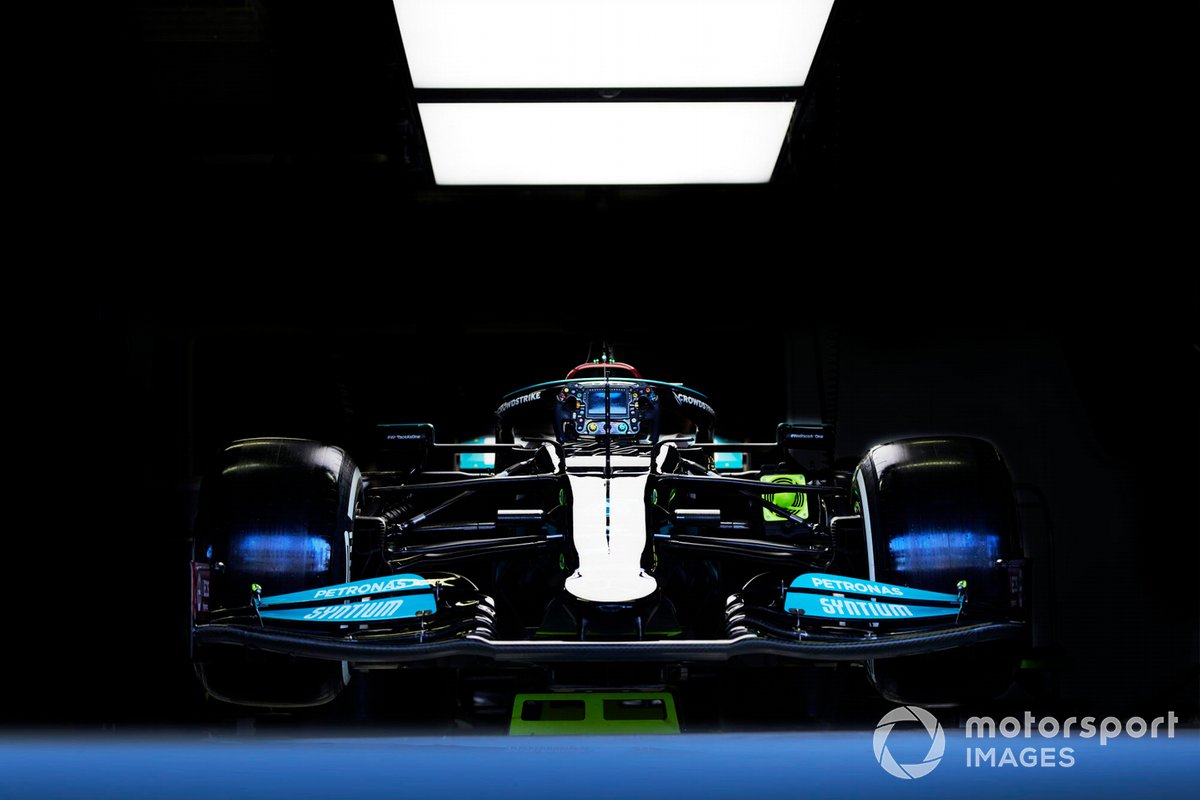 The car of Lewis Hamilton, Mercedes W12, in the garage

Wolff said that with overtaking so hard in F1, Mercedes was especially reluctant to go for an engine change if it could be avoided.

“I think it's never right to take a penalty, because these days it's so difficult to overtake,” he said.

“You can see that Valtteri was absolutely dominant in Turkey, but [in the USA] you just get stuck in traffic with the penalty.

“So we're taking it on the fly. We're deciding, do we need the penalty or are we not needing a penalty? And here certainly we won't take one.

“And maybe we don't need any until the end of the season. That is really something that is being discussed.”

While Red Bull appears to be in front so far in Mexico, Wolff is clear that all is not lost in its prospects for the weekend.

PRIME: Why Mercedes is pleased despite Verstappen starting well ahead in Mexico

He also reckons that the previous power advantage that Honda enjoyed at high altitude venues no longer seems to be there.

“It [Mexico] was never such a happy place for us in terms of car performance, although we love Mexico because we're so welcome,” he said.

“We don't seem to find the sweet spot and so we were chasing various directions [in practice].

“On a positive note, our engine is performing well. There was a little bit of a gap in the years before, and that's fine.

“I think for us, it’s about doing the best possible job. But maybe that is difficult with Max's performance.”

Why Mercedes is pleased despite Verstappen starting well ahead in Mexico