Mercedes has admitted that it is in a "difficult" spot in trying to come to a conclusion over whether it needs to change Formula 1 car concept for next year.

With the German car manufacturer still facing battles to understand the W13, whose form is wildly inconsistent, time is running out if the squad does want to do something completely different next year.

But its choice is a tough one to make because it does not fully understand everything that has gone wrong with its 2022 challenger, plus there are no real opportunities for it to try out radically different ideas this year.

It means the team could need to make a leap of faith in heading off in a new direction for next season, knowing that there is no guarantee it would be any better.

Mercedes boss Toto Wolff said discussions about its 2023 car concept had begun at the factory, and the team would need to commit sooner rather than later to what it is doing.

"It's a very difficult situation because we obviously have a certain concept of a car," he explained. "It's not like we can experiment a lot this year and just simply dial stuff out and test.

"So whatever we decide for next year needs to be carefully evaluated because clearly our data don't give us the results, and don't correlate with the reality. We have massive swings in performance that we can't really get on top of.

"In this very moment, to take a decision for next year, whatever it may be, like changing the concept dramatically, how can you be sure that that's the better direction to go because clearly we'll be starting a little bit way back?"

While Mercedes has gone it alone with its 'zero-pod' design this year, in contrast to Red Bull's downwash concept and Ferrari's in-wash, the biggest difference between the cars actually relates to how and where they produce their downforce. 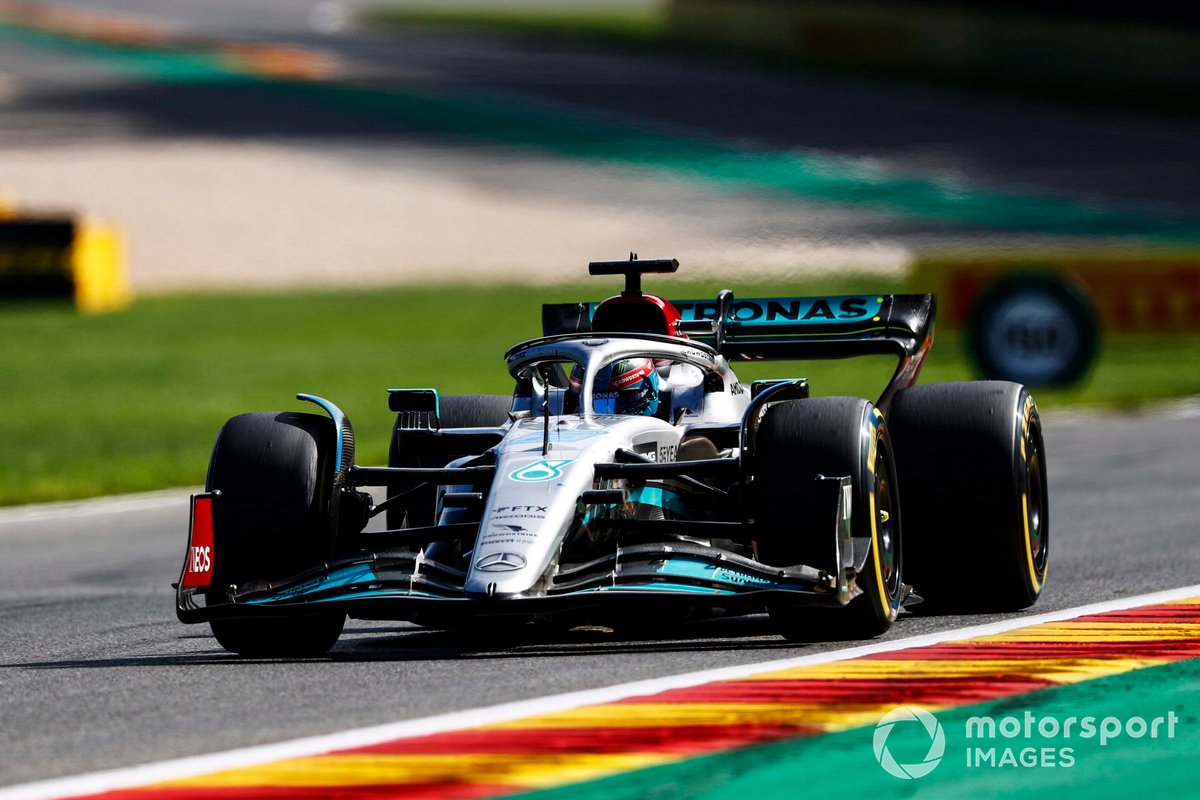 The Mercedes only appears to hit peak performance when the car runs super close to the ground, which is why it has had such a problem with bouncing and the floor hitting the ground.

Red Bull appears to be at the other end of the spectrum in being able to deliver its best performance at higher ride heights, which was one of the factors in it being so dominant around Spa-Francorchamps last weekend.

Wolff is clear that a concept change for Mercedes would likely go well beyond just tweaking its sidepods.

"It's quite difficult to say what is the concept," he said. "Is it the chassis in its current shape? What is that? Is it weight distribution? Is it where you can put the mechanical and aero balance? Is it the bodywork concept?

"All these different pillars of the car are evaluated and it could mean that some of that goes and some of that stays? And that's what we're looking at the moment."

Mercedes' plight has also not been helped by the arrival in F1 of a cost cap, which means it has to juggle financial constraints as well. Options in the past of spending on a B-spec chassis are simply not there any more.

"Look at the chassis...we wouldn't be able to introduce a chassis at that stage of the season," Wolff said.

"We are massively overweight, which we haven't been really able to dial out because we are trying parts on the car in order to solve our various issues. So we can't afford that, full stop.

"So what was aimed by introducing the cost cap absolutely hit the target. It is what they wanted: to achieve that the big teams can't just throw money at it."

Video: Just how did Verstappen win from 14th at Spa?

Schumacher to cut Ferrari ties at end of 2022 F1 season