Mercedes Formula 1 team boss Toto Wolff thinks his team needs to stay cautious about its pace deficit to Ferrari and Red Bull after believing it may have “landed in the perfect window” in Hungary.

In Budapest, Russell took his first career pole, which was Mercedes’ first of a troubled 2022 season.

While the Briton was unable to hang on to the lead on Sunday, he and teammate Lewis Hamilton still delivered a second consecutive double podium for the Brackley team, with Russell following second-placed Hamilton home in third.

Wolff warned on Sunday night that the team's breakthrough performance could have been the result of a perfect storm.

Showers on Saturday and Sunday morning caused a drop in temperatures and substantial change in track conditions, which ended up hurting Ferrari and benefitting Mercedes, which had been lost on Friday and needed to make wholesale set-up changes.

Therefore, Wolff is unsure if Mercedes will be able to replicate its Hungarian GP performance over the second half of the season.

“I think we need to be careful that it's not specific to Budapest that we just landed in the perfect window,” Wolff cautioned. “The other teams, Ferrari especially yesterday, complained about the tyre not being where it should have been.

“So, in my personal opinion, we're still lacking to the front runners.

“You've seen that Leclerc on the right tyre is still a dominant force. But at least we were in the same race.” 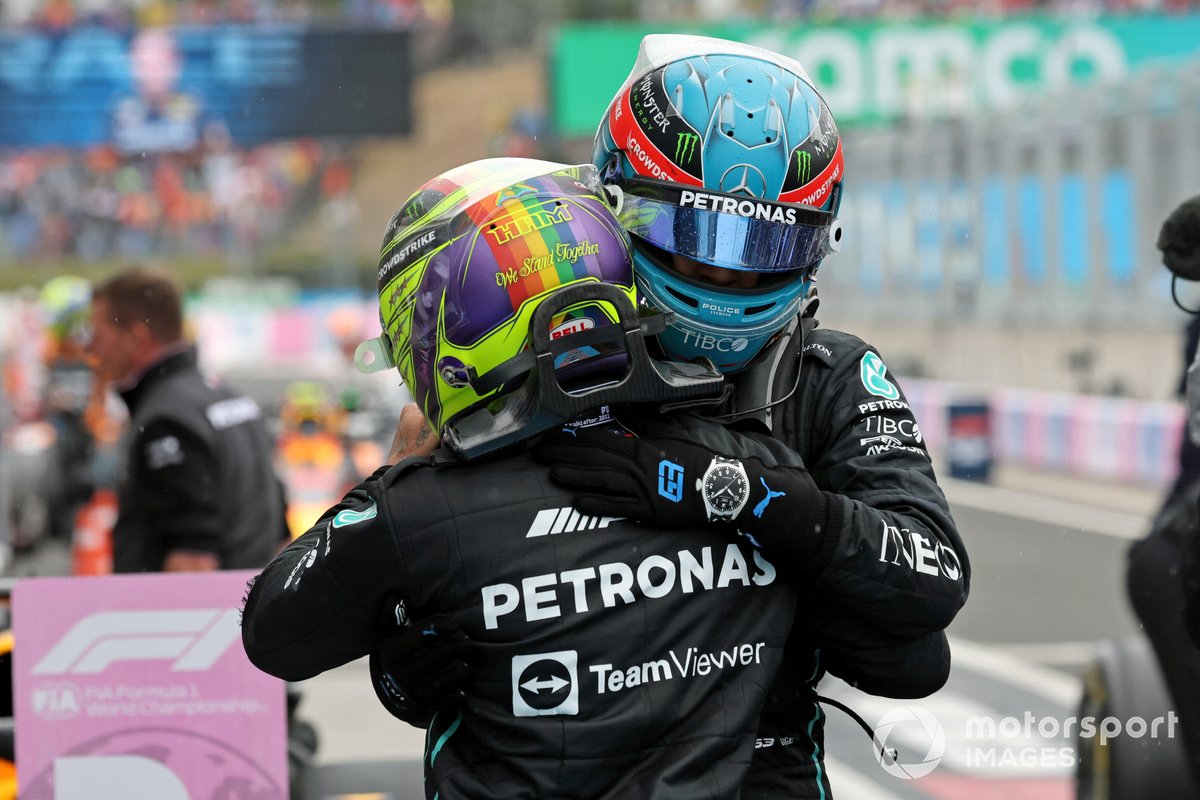 Praising his drivers, he added: “George – fantastic weekend for him with a pole position and [in the race] with the strategy did the utmost and, with Lewis, I think without us screwing up with the DRS [on Saturday], I think he would have raced Max for the victory.

“But would doesn't count in this sport, it wasn't the fact. I'm just sorry that we weren't able to be in that position.”

Mercedes, which struggled massively with bouncing issues and a general lack of pace across the first third of 2022, has seen a steady improvement in performance and has now collected 11 podiums, the same as Ferrari, while Hamilton took six podiums compared to Charles Leclerc's five.

When asked if there was more to Mercedes' improved form than just track conditions, Wolff preferred to stay realistic: “I don't know. Like I said before, I don't want to say now suddenly we are right bang into the game and we can win races because I don't think that's the case.

“I think we landed it well in Budapest on Saturday, and we are reaping the results [in the race]. But I don't think we are close enough to Ferrari and Red Bull to really fight them as of yet, but lots of learning and it's important to get it wrong also.”