Mercedes says that ditching its 'barn door' rear wing in favour of a low-drag solution like Red Bull to boost straightline speed would not improve its chances of winning in Formula 1.

The German car manufacturer has seen Red Bull win the last four F1 races, with one of its rival's key advantages being the edge it has on the straights.

Red Bull's supremacy there has been helped most recently by it opting for a lower downforce, low-drag rear wing solution, in contrast to Mercedes preferring to run with a bigger rear wing.

Speaking after the Styrian Grand Prix, Red Bull team boss Christian Horner was clear about the role the different rear wing choices played in the characteristics of both cars.

"They [Mercedes] have got a barn door on the back of their car for this race and we had a pretty skinny rear wing," said Horner. "So you don't need to be a rocket scientist to work out why we tend to be a bit quicker on the straights."

But while Mercedes does have lower-drag wings as an option, the team is clear that going down that route would actually end up making it slower.

The team's motorsport strategy director James Vowles said the team has consistently analysed what is the best wing solution to use, and feels its current downforce levels are correct.

"You could, of course, have less rear wing and go faster on the straight line but you would be sacrificing cornering performance and not just that," he explained in the regular post-race video produced by Mercedes.

"That also comes with effects on degradation. Conversely less rear wing allows you perhaps to overtake a little bit more, but there is a balance. 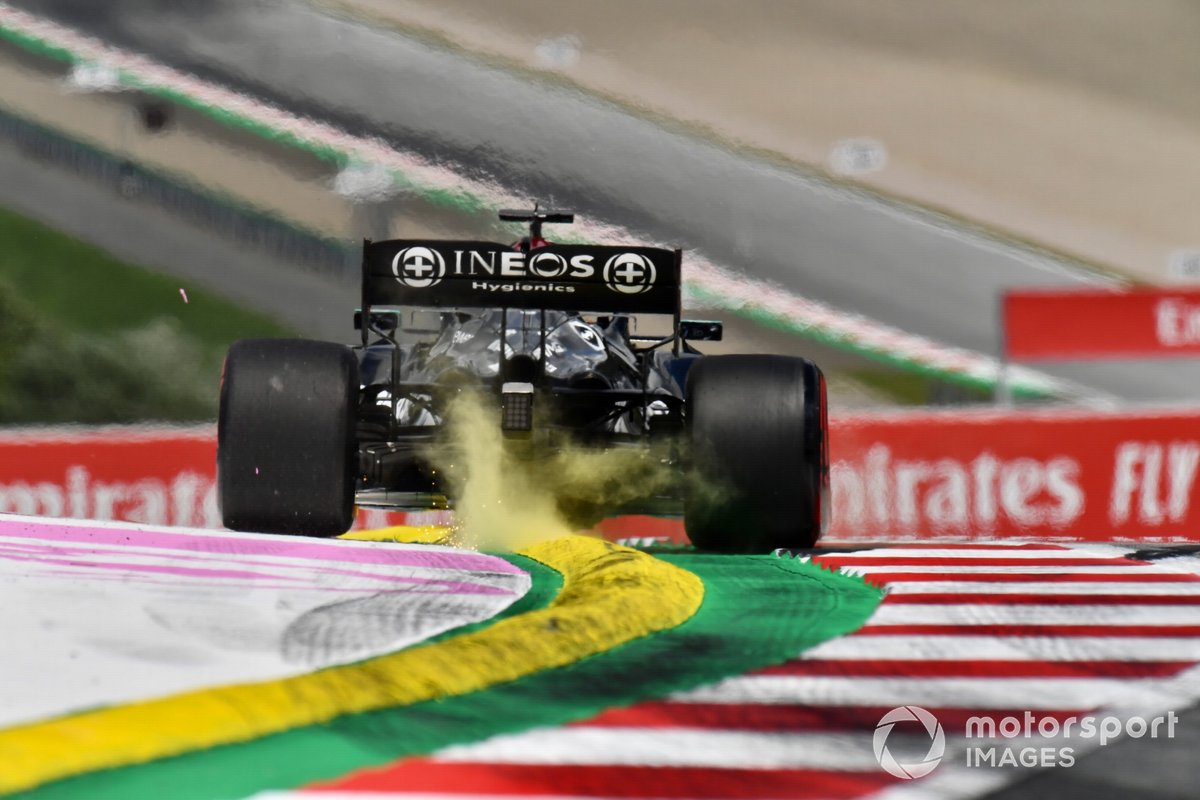 "We use simulation tools to run through all of the rear wing settings that we have available to us and come up with an optimum of what we should be running at this track.

"What we should be running for both overtaking, qualifying and race and in our case, it comes out with the rear wing setting that you see."

One suggestion about why Red Bull is better able to run with a lower-drag rear wing is that more of its downforce is produced by its floor and diffuser than the Mercedes, thanks to its high rake car concept.

It means that trimming off the rear wing does not cost it as much downforce as it would Mercedes, which has a low rake design.

Vowles admitted that the differences in rake meant it was hard to perfectly judge just what impact rear wing choices were having on car drag.

"Red Bull's [wing] is slightly less than ours, but they also rear ride height that is much higher, so it is very difficult to compare what drag their car is generating relative to ours," he explained.

"What we know is that with our car, and we have swept through, this where we are running on rear wing is optimal for laptime and ultimately that is what both qualifying and really the race is all about."