Mercedes has explained why it elected not to run its stand-out AMG ‘Red Pig’ tribute livery on its Formula 1 car at this weekend’s Belgian Grand Prix.

This weekend marks the 55th anniversary of the launch of the famous AMG Mercedes performance division, which continues to this day and forms a part of the current F1 team’s name.

AMG shot to fame when its famous Mercedes 300 SEL 6.8 AMG finished second overall and won its class at the 1971 Spa 24 Hours.

Despite its huge size, the car beat much more nimble machinery – and famously took the nickname as the ‘Red Pig.’

To celebrate the AMG anniversary, Mercedes created a special tribute livery that features a mixture of its current silver star elements with the pattern of the 300 SEL AMG at the front. 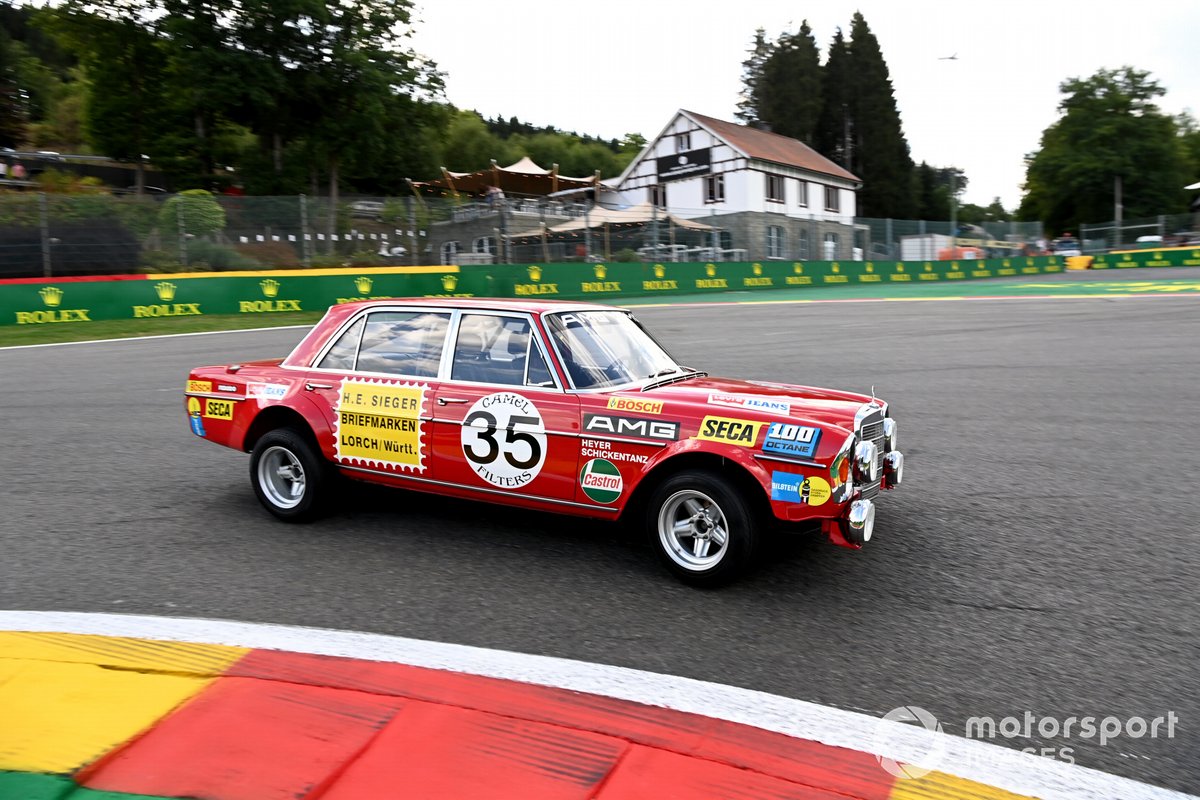 The livery was put on a show car in the fan zone at the Belgian Grand Prix and drew great praise from fans – some of whom suggested Mercedes should have raced with it.

But beyond Mercedes’ reluctance to go with special liveries after the disaster of the special white colour scheme it ran at the 2019 German Grand Prix to celebrate 125 years of motorsport, there were other practical reasons why the team opted to keep it only on a show car.

Mercedes boss Toto Wolff said: “We have three races back-to-back. So we couldn't have put a sticker on. We also have a weight issue so that will not have worked either.

“That's why we just came back to the least possible impact on performance.” 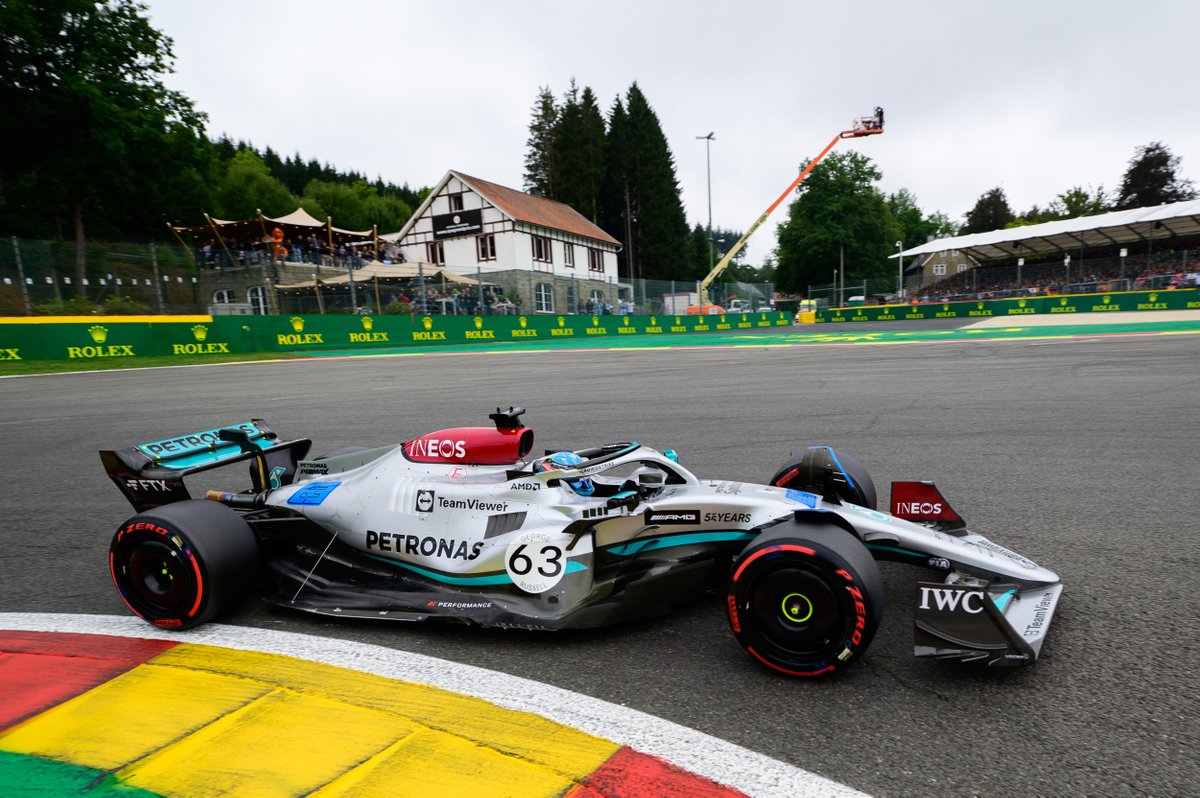 Rather than running the red livery, Mercedes opted for a tweak to run a large vintage car number on Lewis Hamilton and George Russell’s cars as well as a special 55th anniversary signet.

The signet prompted some fun on social media when it initially appeared to be in identical colours to a well-known adult website.

The team ultimately tweaked the design before first free practice after it could not get the logo to fit in perfectly with its usual livery.

Asked about the comparisons that were pointed out with the adult website, Wolff said: “I wouldn't have made that association. It's the 55 years.

“AMG is the performance brand of Mercedes and we're proud to carry the brand. And this is the homage basically to the first car that raced here in Spa successfully, which I got to drive a replica of a few days ago. It's just a birthday.” 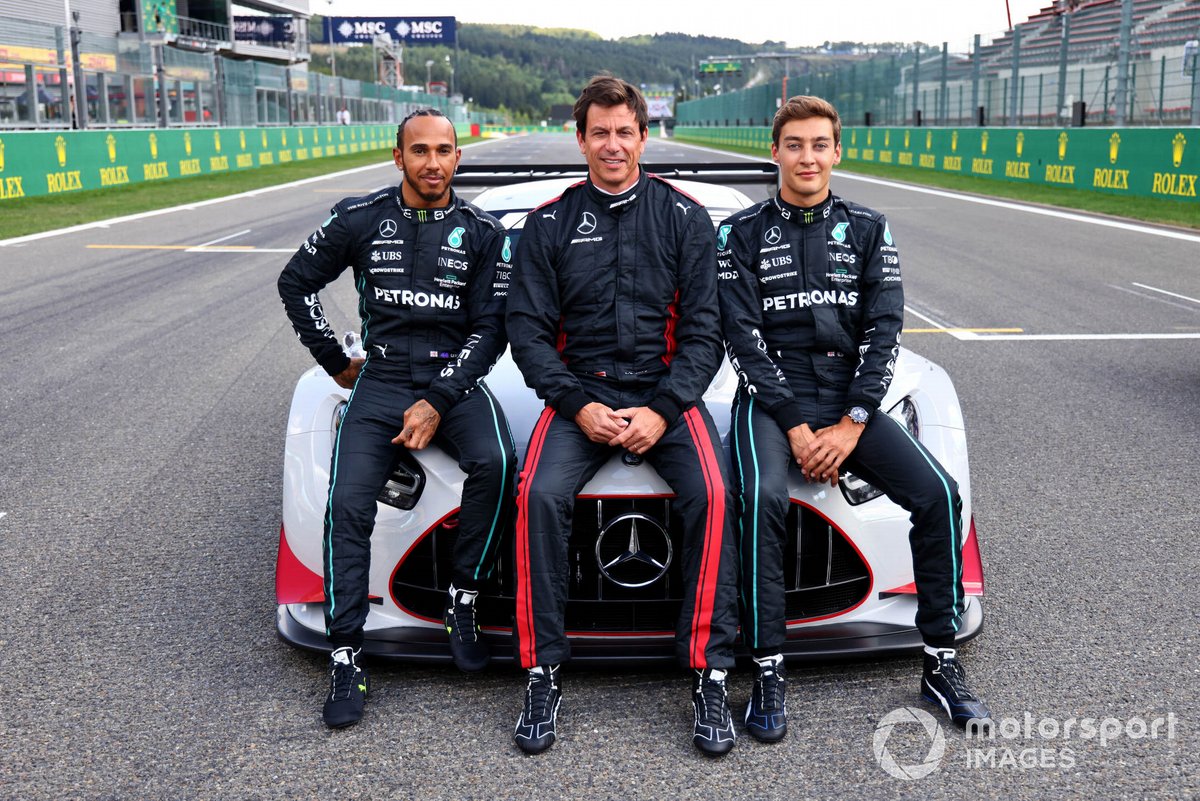 Hamilton: Mercedes can only "laugh off" F1 car struggles at this point