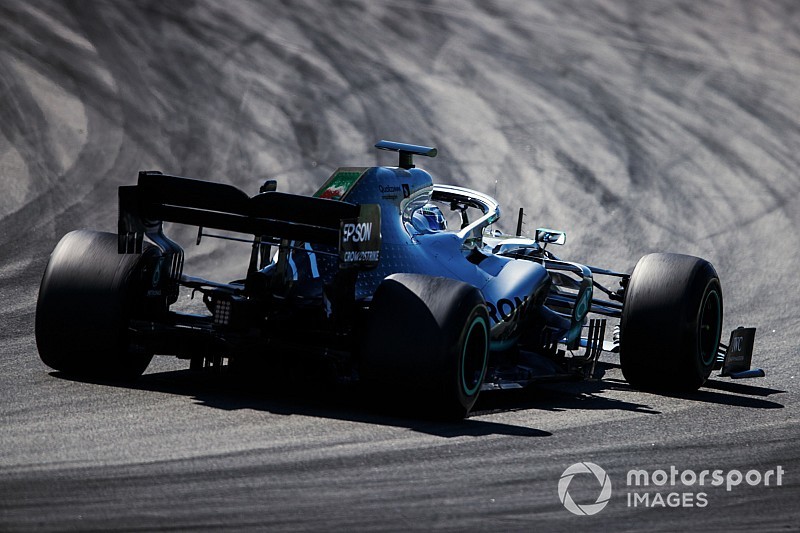 Mercedes has confirmed that it will be introducing an upgraded engine for its works and customer teams at the Canadian Grand Prix.

The German car manufacturer has been alone in electing to stick with the same power unit since the start of the F1 season for all its cars.

The only change that has taken place was for Williams driver George Russell, who needed a new energy store and control electronics following his drain cover incident at the Azerbaijan Grand Prix.

Rival manufacturers Renault, Ferrari and Honda have all introduced upgrades at various points this season, for both reliability and performance reasons.

With the Circuit Gilles Villeneuve being a power-sensitive circuit, and Mercedes aware that it is behind Ferrari in straightline speed terms, the venue is a logical one for a power upgrade to be introduced.

"The guys back at Brixworth have been working incredibly hard, it has not been the easiest beginning of the year in terms of preparing the engine," Mercedes' championship leader Lewis Hamilton said in Montreal.

"Whilst it is an evolution of previous years, each time you are trying to push the envelope and so many people are working so hard to improve it.

"This is the race we always bring our second engine and it is 'Phase 2', so it will have all new mods, slight improvements everywhere.

"It is just small steps. The biggest difference is that it is brand new and fresh, and the old engine that has done six races will have degradation. The guys have worked so hard and it is now small percentages."

Along with Mercedes, customer outfits Williams and Racing Point will also be switching to the new power unit.

Speaking ahead of the weekend, Mercedes boss Toto Wolff said his team would likely have more of a struggle in Canada than it has had at recent venues.

“In the past six races, we were very strong in the corners but lost time on the straights,” he said.

“This will make Canada a huge challenge for us as the track characteristics could favour our opponents - there are many long straights, and fewer corners in which to make up laptime."

F1 could move to carbon-ceramic brakes in future

How F1 teams have revised their rear wings for Canada