Mercedes and Renault have played down Bernie Ecclestone’s suggestion that Ferrari has been given a helping hand to success in Formula 1 with help from outside. 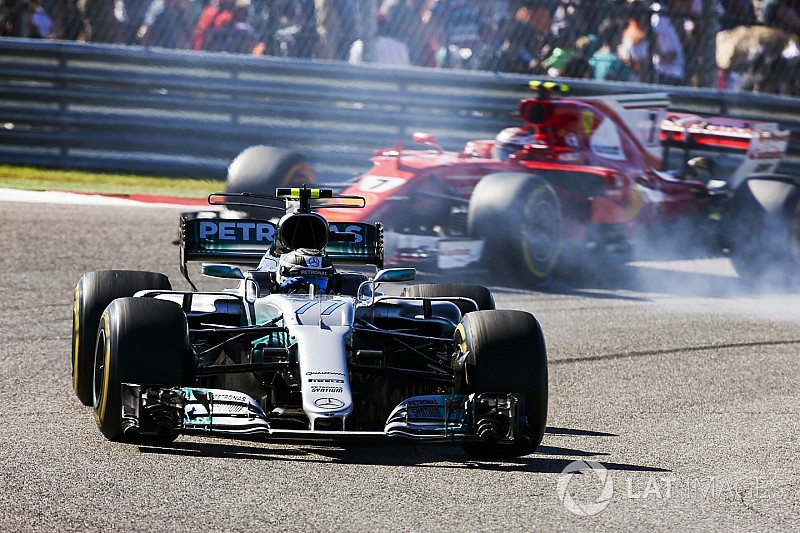 Ecclestone stirred up some controversy over the Mexican Grand Prix weekend when he suggested to an Italian newspaper that Mercedes had helped Ferrari with its engine – to make itself look better when it beat the Maranello team to title glory.

Mercedes boss Toto Wolff suggested that the comments were not a criticism, but more a way of Ecclestone causing mischief – and reminding the paddock of his influence.

“He is the only one who is able to sit on the other side of the world and throw a hand grenade and it actually lands in the paddock,” said Wolff about Ecclestone’s remarks. “And I like it.

"These stories are fantastic. I’ve missed them a little in the past. I’ve missed the hand grenades, and the pop up meetings and the crisis situation, and the divide and conquer. It is a good story.”

Renault F1 managing director Cyril Abiteboul also played down talk of collusion between Mercedes and Ferrari – claiming that if it had happened properly then word would have leaked out.

“I think there has been a lot of speculation about that, but I think it is not a new story – it is an old story and I don’t think there is any leg [to it],” he said.

“When you look at every single thing that Mercedes is doing, I don’t see Mercedes doing that and in the world in which we are living, it is very difficult to keep a secret.

“We’ve seen, when there was a possible collaboration between Mercedes and Honda, it took a couple of days for everyone in the paddock to become aware of that.

"I would be surprised, and if it happened then they would have been super good at keeping a secret.”

While the rumours about Mercedes helping Ferrari date back to 2015, McLaren racing director Eric Boullier suggested that there is a big difference between the recruiting of staff and the actual sharing of knowledge.

“I can’t comment on a translated interview from Bernie in Italian. It’s his opinion, he’s got his one,” he said. “I think what he’s referring to, it’s the same as for the teams.

"When you sometimes poach somebody from another team – we all have heard of a few engineers leaving Mercedes to go to Ferrari a couple of years ago. That’s what I think he was referring to.”

Why F1 is braced for 2017's toughest race in Mexico