Mercedes: We're not responsible for 2020 "predictability" 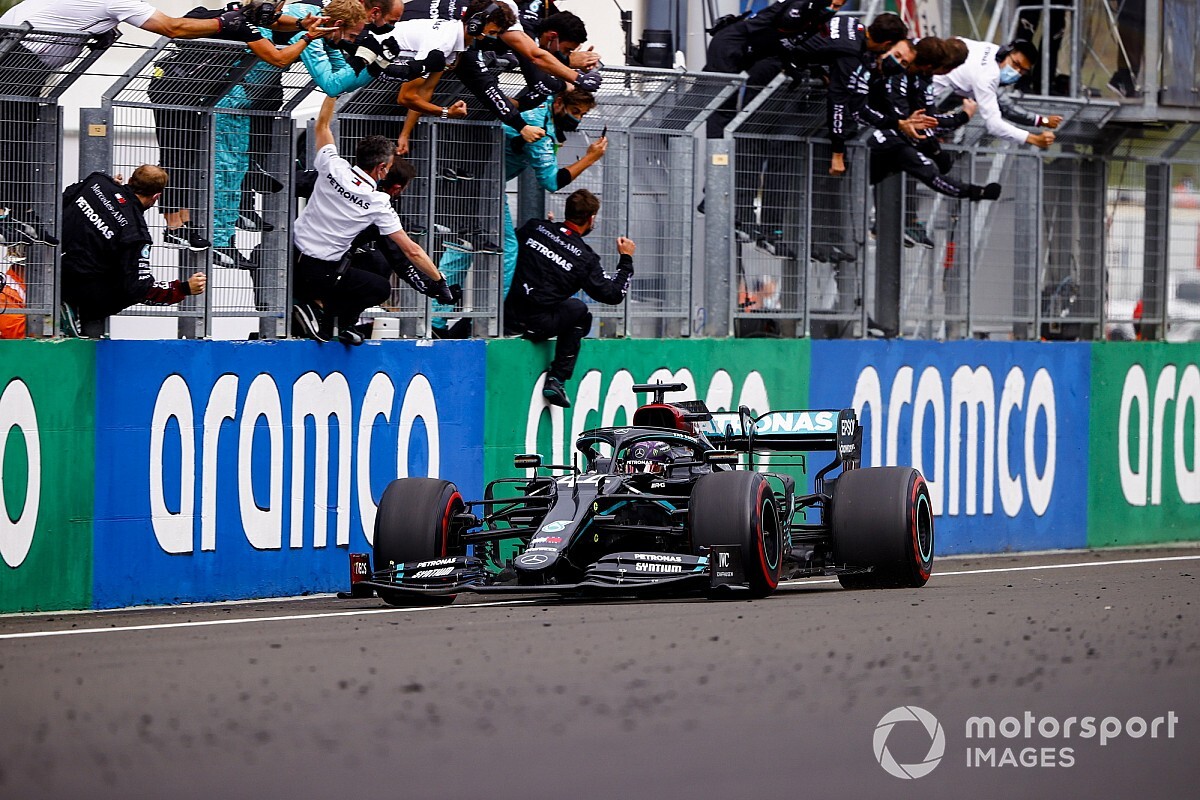 Mercedes Formula 1 team boss Toto Wolff says it’s not the team’s fault if it is dominant at the moment – and cautions that the 2020 season will not be “a walk in the park” for the Brackley-based outfit.

Mercedes has taken three poles and three wins in the opening three races of the season, and in Hungarian Grand Prix qualifying its cars were 1.3s and 1.4s respectively ahead of the best placed Ferrari and Red Bull.

While acknowledging that it may run alternative strategies at some events this year in order to promote a race between its drivers, Wolff says there’s little the team can do to improve the show if rivals are lagging behind.

“If we would take the 2020 season for granted, as a walk in the park, and it’s basically just about picking up the trophy in Paris in December, we wouldn’t have won these championships,” said the Austrian.

“There is not one fibre in us that thinks that this championship is done. It’s something that can really catch you out.

“On the other side, dominance from a single team, whether it is us, whether it is Red Bull in the 2010 years, or whether it was Ferrari in the early 2000s is something that is always a bit odd for the championship.

“But it is not up to the team that has made steps to be seen as responsible for the predictability of the championship.”

Wolff said Mercedes would like a closer championship fight with its rivals, but the onus is on them to raise their game.

“We are very keen in racing against our fantastic competitors, we like to be out there fighting against Ferrari and Red Bull, we like the challenger brands like Racing Point to be part of the game, and on the other side McLaren and Renault need to find a way back to the front.

“I would wish for nothing more than a strong competition with an unknown outcome every Friday we start FP1, but it’s very difficult in our position to really change the pecking order at that stage.

“We have one key objective, and it is about finishing every weekend to the best of our abilities, hopefully score many points, and challenge for a championship. There is nothing else we can do.”

Wolff stressed that rivals can easily close the gap in the points if Mercedes slips up.

“You can see that Red Bull was struggling all through the weekend, and then they had a pretty decent race car, a car that didn’t look like it could start and the mechanics did a really awesome job in the car there.

“The gaps are nothing. If you look at the drivers’ points standings, it’s 30 points after three races that we have with Lewis to Max, so you have one DNF, and the gap is gone. You just need to keep going.”