Mercedes "getting attacks on every front" due to F1 dominance 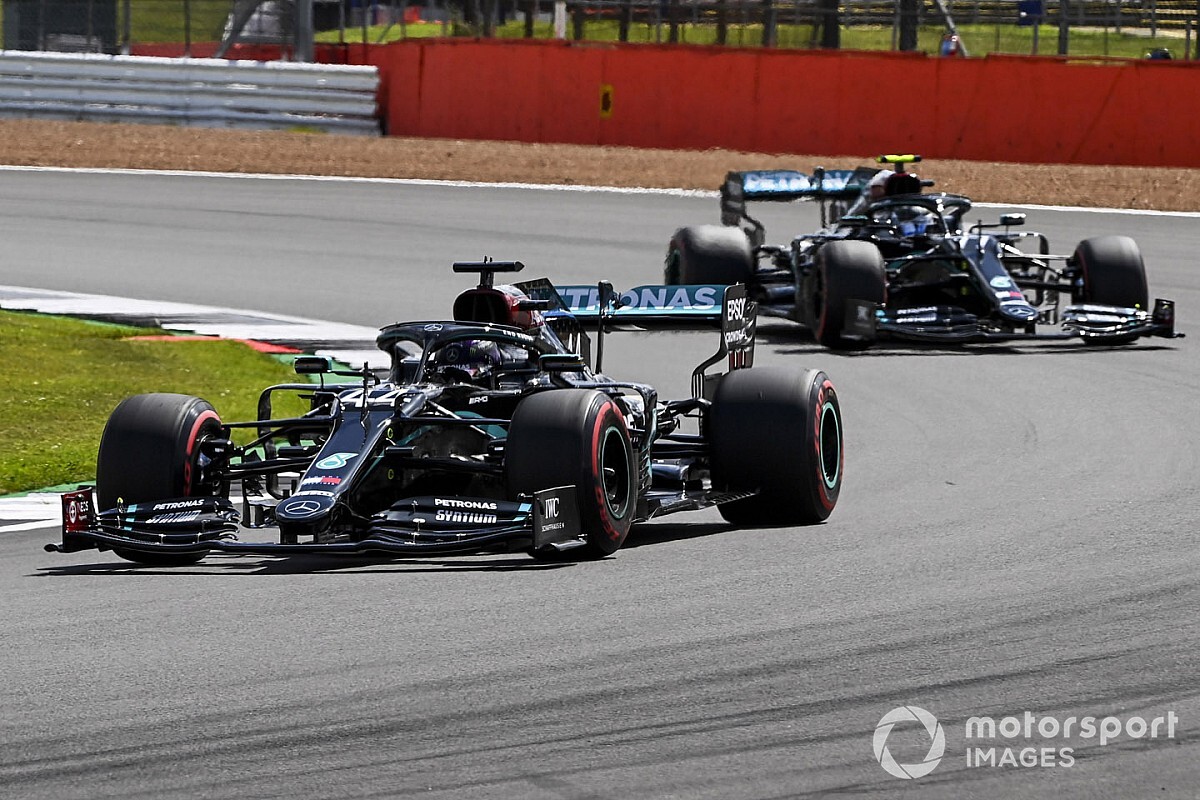 Mercedes boss Toto Wolff has admitted that his team's increasing dominance in Formula 1 is not winning it any friends – and has left it under attack "on every front".

The German car manufacturer has won all three of the opening races and locked out the front row of the grid at the British Grand Prix on Sunday, with nearest challenger Red Bull more than one second adrift.

Wolff said that key to Mercedes' form has been the way in which it has stopped complacency from creeping into the organisation, but he admitted thinks were being made difficult by just how quick the team was.

Speaking to C4, Wolff said: "I think when you look at sports teams, their success, when it kind of tails off and goes, I think it's when you get complacent, when you start taking things for granted, or when the team dissipates.

"At the moment, we have a very strong team. We're all aligned. We have the same values and objectives and we want to stay together. But this is no guarantee for the future.

"I guess with that kind of performance, we're not making a lot of new friends. So we are getting attacks on every front and everything is being questioned.

"That is another fight we need to sustain, but I guess you'd rather have that than the people having pity on you."

Despite the big advantage that Mercedes has at the front of the field, Wolff still refuses to believe that this year's championship titles are pretty much in the bag.

"You know if we would've had that mindset, I don't think we would have won the championships that we have," he explained.

"We are permanently self-critical and doubting ourselves, and that has pushed us forwards. Now, today's qualifying session is really good. There is nothing to say to that and I am just so proud about the job the team has done.

"But tomorrow is race day and I hope we can carry the momentum forward and we can bring the race to a happy ending like we did in qualifying.

"The only downside that I've seen this weekend was that we were not as competitive when it got hot. It will be a topic next week. Another 30 degrees weekend in the UK and then Barcelona."

Renault's Daniel Ricciardo said that Mercedes had everything needed to become the most complacent team in F1, but had actually managed to keep the right mindset to maintain its strong form.

And although the Australian has found himself having to fight against its superior car, he says he has nothing but admiration for the job the team has done.

"I feel like I've always been on the side of taking my hat off to them, and putting the [onus] on everyone else to find out what they are doing, and to work a little harder or in another direction," he said.

"Even the DAS system, when I saw that in winter testing, I was very complimentary. They have the ability to be the most complacent team on the grid, yet I feel they are the least complacent. This is the bar that they've set, and they keep moving. It's admirable.

"It's frustrating as competitors, but I really hope for everyone, for all the teams, it's just more fuel for the fire, to dig a little deeper to find some answers.

"I won't lie, it still is frustrating to see such performance. But yeah, all you can do is take your hat off to them really. You can't be bitter. They're doing a great job."

Hulkenberg concedes he didn't get everything out of the car