Mercedes' strong straightline speed has been the source of fresh intrigue as the world championship battle between the Brackley team and Red Bull enters the final stages of the 2021 season.

At the Turkish Grand Prix Mercedes appeared to enjoy a significant top speed advantage over Red Bull in relation to the downforce levels it used.

While the Brackley team introduced a new engine specification after the summer break, its rival was perplexed at the scope of its gains.

"Their straightline speed has taken a significant step recently, and I think that whereas we could match them with smaller wings previously, now we can't get near," a puzzled Horner said when Motorsport.com asked him about where Mercedes' current advantage came from.

After further analysis Horner believes Mercedes is not just enjoying a power advantage over Red Bull's Honda engines but he is convinced it is also employing a trick device to boost straightline speed, by allegedly lowering the rear of the car on the straights.

"I think that Mercedes are obviously optimising a straightline device that they're able to do at that type of circuit," Horner told Sky in Austin during FP1. "If you look at the rear of their car, you know, how it lowers. I think [Turkey] played to their strengths." 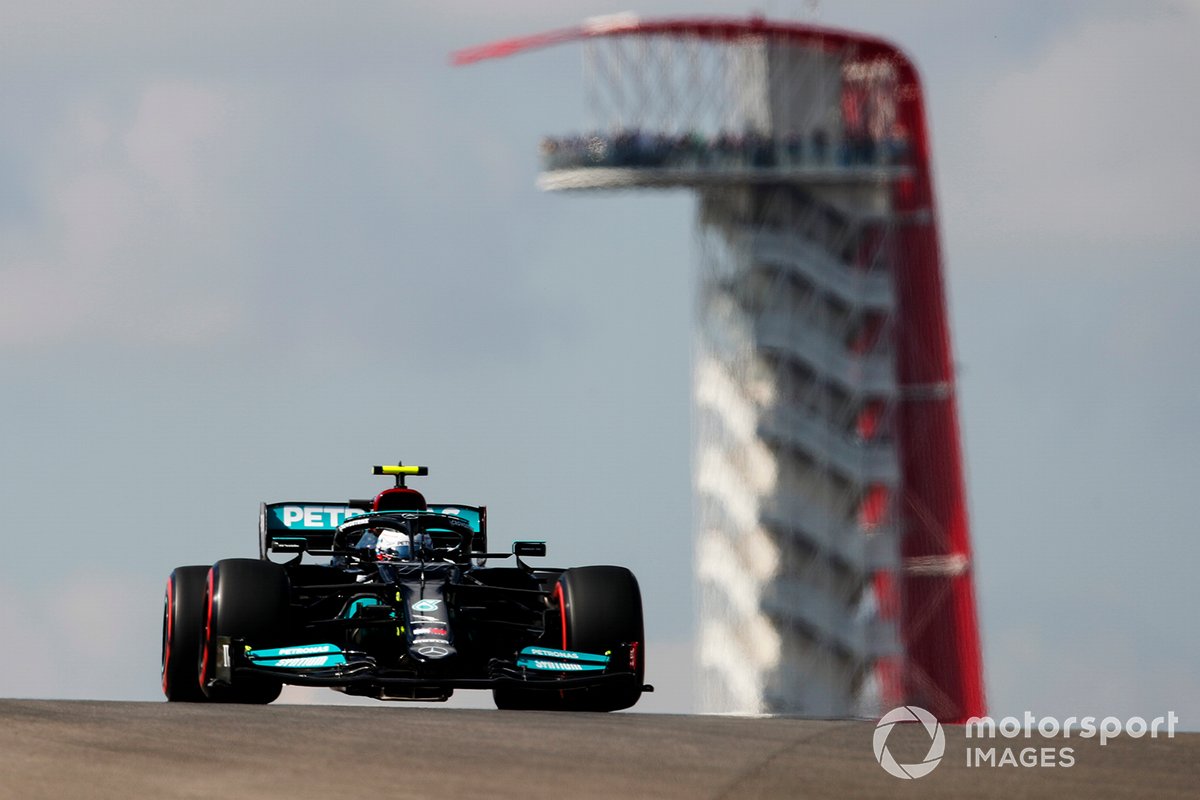 When quizzed about Horner's comments, Mercedes chief Wolff dismissed what he called "noise" about his team's edge on Red Bull.

"I think we recognise absolutely that this is a sport where competitors will always try to find out if there is some kind of silver bullet," he said. "My experience is there is no such thing, it’s all the small gains, marginal gains that have been added and bring performance.

"We’re trying to really comprehend our car better and add performance in lap time without listening too much to the nois​e."

Asked about his explanation for Mercedes' dominant form in Turkey, Wolff claimed Mercedes has found the "sweet spot" on how to set up its 2021 car.

"I think what we have been able to understand is how to hit the sweet spot of the car, in terms of the set-up," he explained.

"Today when you look at the lap time, it’s a straightline gain, and I think we found the right compromise between drag and downforce.

"And on the other side, we were very quick through the very fast corners, which is good and equal to Red Bull on the slow corners. So overall, the car is much better together."

US GP practice as it happened