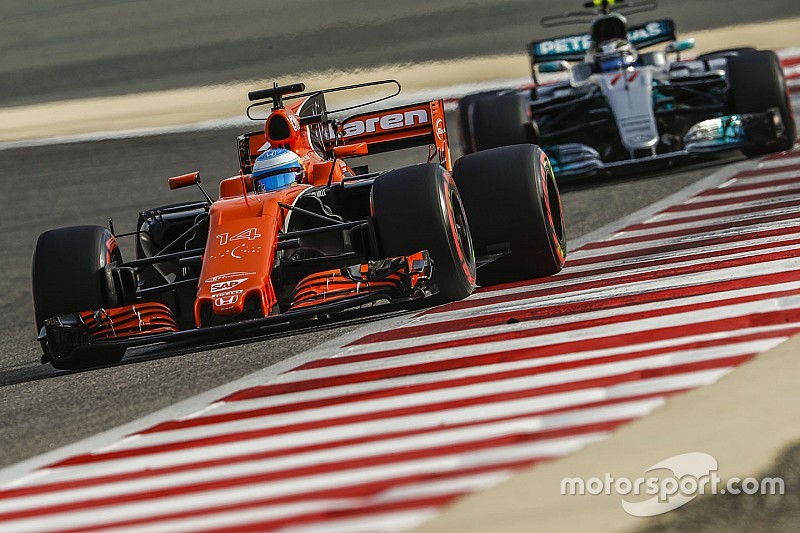 Mercedes has emerged as a potential ally in Honda's efforts to turn around its efforts in Formula 1, as the Japanese manufacturer seeks to get on top of its current troubles.

Honda had hoped to make good progress in the opening part of the campaign after its difficult time in pre-season testing, but it has been hit by a run of reliability problems in the first three races of the season and also in the post-Bahrain GP test.

Sources have revealed that Honda has recently begun discussions with Mercedes about a plan for the German car manufacturer to provide consultancy assistance to help it make rapid progress with its power unit.

Although it is understood the specifics of the deal have yet to be signed off, the main focus could be on help with the electronic and hybrid area of the power unit.

Talk of the Mercedes plan comes against the backdrop of Honda having made moves in recent weeks to ramp up the use of outside help – which is understood to include using renowned engine consultants Ilmor.

Honda's F1 chief Yusuke Hasegawa has declined to confirm exactly who is involved in its plans, but said that his company was leaving no stone unturned in efforts to improve matters.

"Actually we have been doing everything we can do," he told Motorsport.com. "We are utilising every source from outside. From the beginning of March, we are almost changing our organisation [completely]. I think it works better, but it was too late to modify our development [so far]…

"Of course it is not easy, because engine modifications take time which is an issue. We have seen some good elements, but still the whole package is not ready."

When asked specifically about the Ilmor situation, Hasegawa said: "We don't disclose any consultants or supplier, but we are using lots of outside resource."

Hasegawa also did not elaborate on the Mercedes plan, but said that Honda had made use of experts who have worked previously with all current F1 manufacturers.

And he joked that their insight had been valuable in helping Honda better understand what it had been missing.

"Of course we have many people from Mercedes, Ferrari and Renault – so from that point of view we are 'spying' on their ideas," he said.

Mercedes declined to comment on the situation when contacted by Motorsport.com.

Not all of Honda's rivals are happy with the idea of Mercedes helping out its effort, however, and it has been suggested that Red Bull is against the move.

Its argument is that a potential transfer of intellectual property rights on the engine front is as bad as teams using a rival's chassis.

However, Mercedes and Honda do not necessarily need the approval of other teams to go ahead with the scheme, which could be put in place imminently if both parties can agree on the scope of co-operation.

The issue of Honda being given room to catch up is likely to be a talking point in Tuesday's F1 Strategy Group meeting, even though it is understood the issue has not formally been put on the agenda.